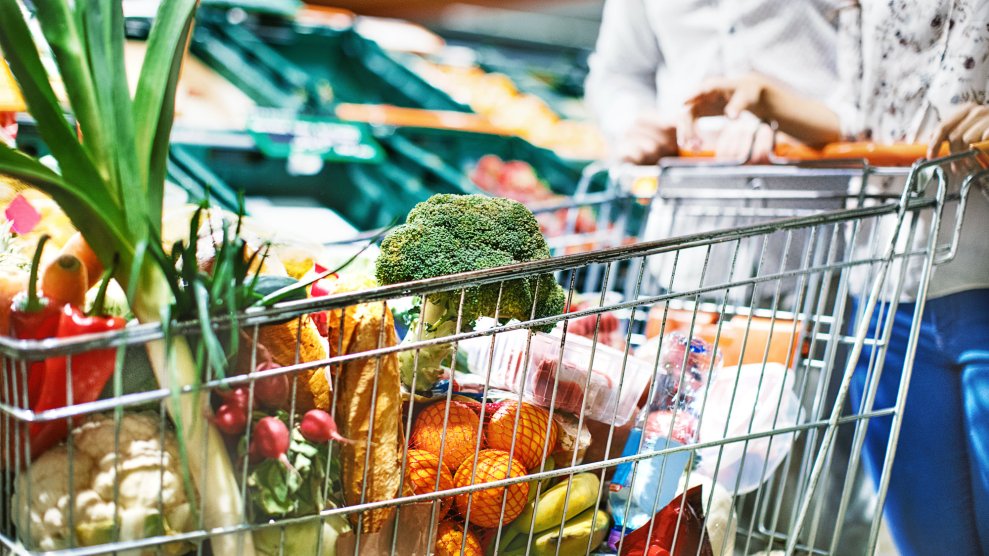 Last month, the Trump administration announced that it was moving forward with its proposed rule that would change the work requirements for those described as “able bodied adults without dependents” who are part of the Supplemental Nutrition Assistance Program, commonly known as food stamps. Advocates for the poor have estimated that the new rule would cut off  700,000 people from the program. The rule is slated to go into effect on April 1, but the Legal Aid Society of DC, a the city’s oldest civil legal services organization, has filed a federal lawsuit to stop its implementation.

“Taking food off the table from Americans who are already struggling to make ends meet is both cruel and ineffective,” Eric Angel, Legal Aid’s executive director said in a press release. “SNAP benefits are an essential part of the safety net for a large number of people who critically need them.”

Describing the administration’s rule as “arbitrary and capricious,” the complaint has asked the court to issue a preliminary injunction while the case is litigated. More than a dozen states’ attorneys general, including those from California and Pennsylvania, have filed similar complaints in an effort to halt the implementation of the measure.

As I reported last December, work requirements have been a part of receiving SNAP benefits since 1996, but there was flexibility built into the program:

There are already tough restrictions in place covering who can receive federal food assistance. In 1996, as part of President Bill Clinton’s sweeping welfare reform, then-Reps. John Kasich and Bob Ney, both Ohio Republicans, added a provision to the legislation limiting benefits for “able-bodied adults” between the ages of 18 and 49 with no dependents. After three months of assistance, these SNAP recipients must prove they are working at least 20 hours a week to continue receiving benefits. The measure, however, allowed the governors of states with high unemployment rates to request waivers from the three-month cutoff. But the new Trump rule makes the criteria for requesting those waivers much stricter by, among other things, changing the type of data states can use to justify the waivers.

Under Trump’s new rule, not only will hundreds of thousands people be cut off from their vital benefits, but the cuts will reverberate through communities, especially small and rural grocery stores that rely on SNAP funds for revenue. I previously reported:

Small grocery stores in rural areas are likely to experience the biggest financial hit. “SNAP is a huge economic engine for rural areas,” Sarah Reinhardt, a food systems and health analyst at the Union of Concerned Scientists, says. Out of the 150 counties with the highest SNAP participation rates, 136 are rural, including 48 of the top 50. In 2017, $65 billion in SNAP benefits created and supported 570,000 jobs—50,000 of which were in the agriculture sector.

In Washington, DC, where the suit was filed, the time limit requiring employment for these adults has been waived for more than 20 years, because the city’s unemployment rate exceeds the national average. Many poorer areas in the city experience unemployment rates twice the national average, and an estimated 13,000 people could suffer if the rule goes into effect. All the plaintiffs in the case are anonymous. Mr. S is one of them. He struggles with homelessness and other impairments that limit his ability to work, but they are not sufficiently severe to enable him to qualify for disability benefits. “Without food stamps,” he is quoted as saying, “I cannot guarantee that I will be able to eat.”

It’s unlikely that Mr. S is alone. For many of the people affected by this rule, SNAP is the only benefit they are eligible for. “Implementation of this rule will not increase the employment rate among SNAP beneficiaries,” Angel said. “But it will most definitely increase hunger.”