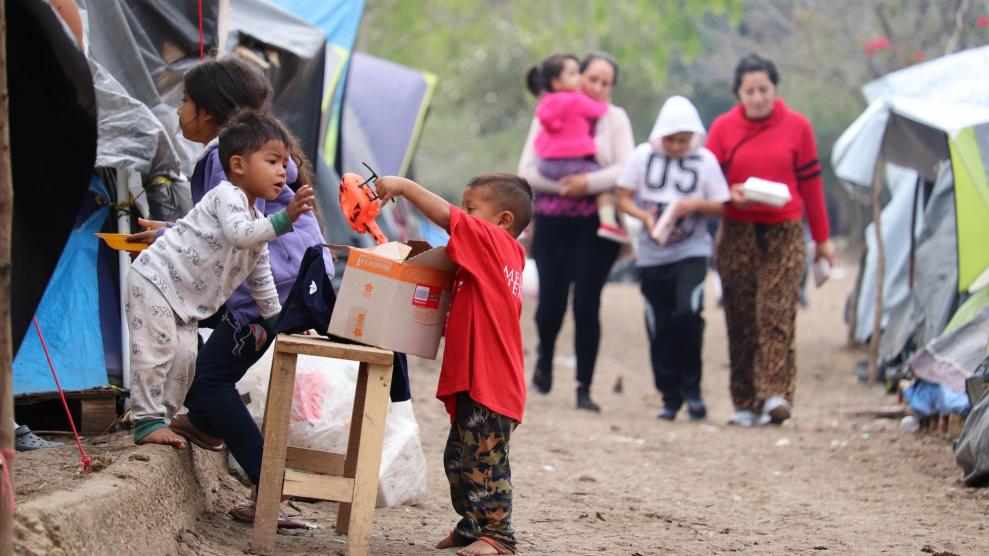 Migrants families rest in a camp on the banks of the Rio Grande, at the border with the United States, in Matamoros, Mexico, on January 31. Abraham Pineda JáCome/ZUMA

A federal appeals court blocked the Trump administration’s infamous “Remain in Mexico” policy Friday, putting an immediate stop to a scheme that has prevented asylum seekers from setting foot in the United States and reshaped the asylum process.

On Friday, the Ninth Circuit Court of Appeals upheld a lower court’s injunction against the system, officially called the Migrant Protection Protocols, finding that the policy “is invalid in its entirety.” The scheme has forced more than 60,000 people, mostly from Central America, to return to Mexican border cities after asking for asylum at the US-Mexico border and remain there as their cases move through immigration court in the United States.

Since it was first implemented in January 2019, human rights organizations have said this policy puts an already vulnerable population at higher risk, with hundreds of cases of kidnappings, extortion, rape, and murder reported among asylum seekers waiting in Mexico in the last year.