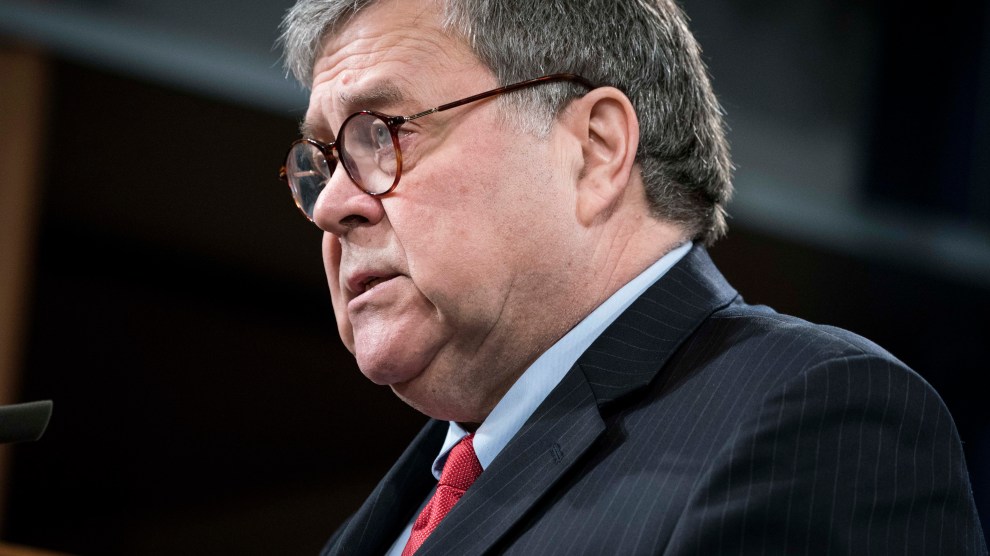 “Such behavior is a grave threat to the fair administration of justice. In this nation, we are all equal before the law,” the officials wrote in their letter posted online. “A person should not be given special treatment in a criminal prosecution because they are a close political ally of the President.”

The former officials urged current Justice Department staffers to keep a watchful eye and report unethical behavior in the agency and commended four prosecutors who withdrew from the case when it became apparent Barr would cave to political pressure from the president to lighten Stone’s sentence.

The four prosecutors had originally recommended a  sentence of seven to nine years for obstructing a congressional inquiry. The president publicly attacked the proposed sentence and the Justice Department subsequently filed a memo at Barr’s request that pushed for less jail time.

Barr maintains that he was acting independently of the president, though the signees of the letter expressed skepticism that the White House was not involved.

“Mr. Barr’s actions in doing the President’s personal bidding unfortunately speak louder than his words,” the Justice Department alumni wrote in their letter. “Those actions, and the damage they have done to the Department of Justice’s reputation for integrity and the rule of law, require Mr. Barr to resign.”

The letter, which was signed by former attorneys who served in both Republican and Democratic administrations, acknowledges that Barr is unlikely to resign. Still, the Justice Department alums suggest current officials “report future abuses to the inspector general, the Office of Professional Responsibility, and Congress,” and “refuse to carry out directives that are inconsistent with their oaths of office.”

They also encouraged prosecutors to withdraw from cases involving abuses of power.

The signatures were compiled by Protect Democracy, a nonprofit legal group. The group said that it would continue to update the list with new signatures.

In a televised interview on Thursday with ABC News, Barr said Trump’s public commentary undermines his authority. “I cannot do my job here at the department with a constant background commentary that undercuts me.”