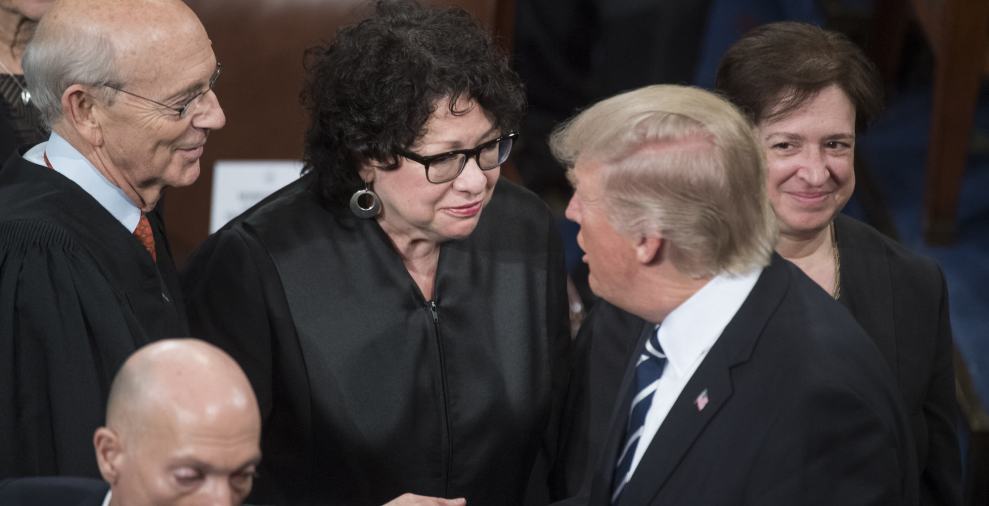 Following a 5-4 Supreme Court ruling issued Friday night, the Trump administration can move ahead with enforcing a rule designed to make it harder for poor and working-class immigrants to get green cards. Last month, the court split along the same lines to remove a nationwide injunction from a district judge in New York. Now, SCOTUS removes the remaining obstacle in Illinois from another lower court.

The rule is likely to disproportionately affect people from Africa, the Caribbean, and Latin America. After court injunctions, the Trump administration appealed to the Supreme Court to move ahead with the policy. Because it acted under an emergency application, the majority did not have to explain its reasoning.

Of the four liberal justices who dissented, only Justice Sonia Sotomayor offered an explanation. It is scathing. As Slate writer Mark Joseph Stern noted, Sotomayor unusually calls out the Republican appointees on the court for a “familiar pattern:” bias toward the Trump administration.

“It is hard to say what is more troubling: that the Government would seek this extraordinary relief seemingly as a matter of course, or that the Court would grant it,” she wrote.

Claiming one emergency after another, the Government has recently sought stays in an unprecedented number of cases, demanding immediate attention and consuming limited Court resources in each. And with each successive application, of course, its cries of urgency ring increasingly hollow.

Read it in full here.