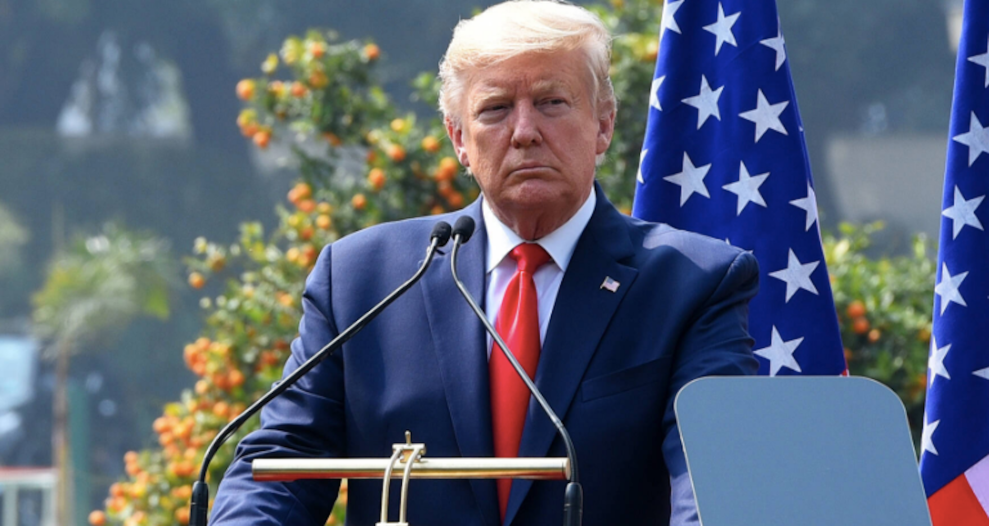 In an apparent attempt to project a sense of calm amid growing concerns about the threat of coronavirus in the United States, President Donald Trump on Wednesday accused Democrats and the media—without evidence—of exploiting the situation to make it look “as bad as possible” and plunge the stock market.

That effort, which included a misspelling of the virus, comes one day after officials at the US Centers for Disease Control and Prevention issued a stark warning that outbreaks in the US were inevitable. “It’s not so much a question of if this will happen anymore, but rather more a question of exactly when this will happen and how many people in this country will have severe illness,” Dr. Nancy Messonnier, director of the CDC’s National Center for Immunization and Respiratory Diseases, said at a news conference on Tuesday.

Trump’s tweets all but confirmed reports that the president is furious with the CDC and privately blaming officials there, as well as Health and Human Services Secretary Alex Azar, for tanking the stock market this week. Trump has a long history of personalizing the market’s behavior, crediting his administration for rises while lashing out at his perceived opponents, or even at the market itself, for significant dips.

I will be having a News Conference at the White House, on this subject, today at 6:00 P.M. CDC representatives, and others, will be there. Thank you!

Trump isn’t the only one in his administration whose comments seem to run counter to those of the CDC. Hours after Messonnier’s warning on Tuesday, Larry Kudlow, the president’s top economic adviser, claimed that the US had “contained” the virus. “We have contained this,” he said during an appearance on CNBC. “I won’t say airtight but pretty close to airtight.”

“The business and the economic side, I don’t think it’s going to be an economic tragedy at all,” Kudlow continued, as markets across the globe plummeted. “There’ll be some stumbles.”