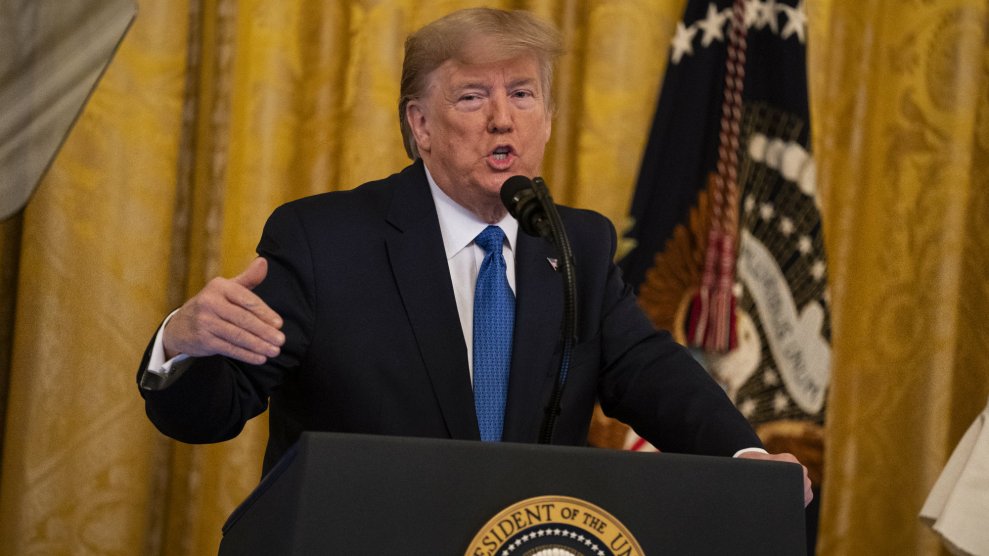 The president of the United States is probably in a good mood. Last night in the Senate, a vote to call witnesses in Donald Trump’s impeachment trial failed, bringing him one step closer to acquittal. So on Saturday morning, in time-tested Trump fashion, he took to Twitter to share some thoughts with America.

Never one to shy away from bragging about himself, Trump tweeted that his poll numbers are the highest they’ve been since his election. (While they have spiked, this is false.)

Trump poll numbers are the highest since election, despite constant phony Witch Hunts! Tens of thousands of people attending rallies (which the Fake News never mentions) to see “The Greatest Show On Earth”. Fun because USA is WINNING AGAIN! https://t.co/L14hDtx6cT

He then referred to his rallies, which he claims are heavily attended but unnoticed by the media, as “The Greatest Show on Earth”…the tagline of the now-defunct Ringling Bros. and Barnum & Bailey traveling circus. (Trump held two rallies in the past week in venues whose maximum capacity were roughly 7,000. Both garnered extensive coverage.)

Trump also praised Lou Dobbs, the right-wing television host of Lou Dobbs Tonight which airs on Fox Business News. Dobbs tweeted that his show has been #1 for 49 months in a row on “business TV.” According to Trump, it’s because he covers the president “fairly” and “objectively.”

Nevermind that Trump, the objectivity-lover, referred to himself in the third person as “America’s Greatest President”—he also failed to do some basic math. Dobbs’ rating’s coup predates the Trump presidency by a full year.