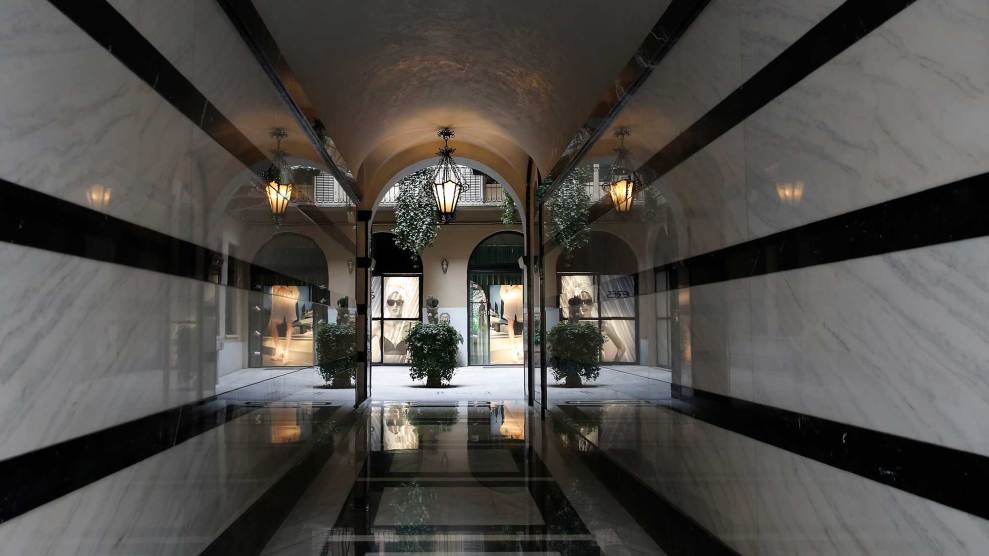 The Italian government plans to almost entirely shut down a large part of the country in an effort to contain the spread of the coronavirus, according to news reports about a drafted government decree. The proposed measure would lock down the country’s northwestern region of Lombardia and parts of 11 other provinces that include major cities including Venice and Milan. The move is an indication of how serious concerns over the spread of the coronavirus have become for the country, as 5,880 people have tested positive for the virus there, and 233 people have died. Until now, the Italian government has attempted to use more subtle methods of control. But, if approved, about a quarter of the entire country’s population will be affected by the new restrictions, which would go into effect on Sunday and will last until April 3.

Under the restrictions, which Bloomberg reported on after viewing draft copies of the plan, huge swaths of the country will essentially be fully quarantined, with all travel in and out restricted, and no movement allowed within the area unless for “non-deferrable” business or health reasons. Virtually all public events, church services, schools, theaters and outdoor recreational activity will be shut down, and all business meetings cancelled.

The restrictions are reminiscent of the near total shutdown of large areas of China, and likely will have serious economic impact on Italy’s already wobbly economy. According to Bloomberg, the Lombardia area alone is responsible for 22 percent of Italy’s annual GDP, and cities like Venice and Milan are crucial to the country’s tourism industry.

My God. Lombardy has more than 10 million people. Equivalent to preventing anyone from entering or leaving New York. https://t.co/aSbNDTmFwR