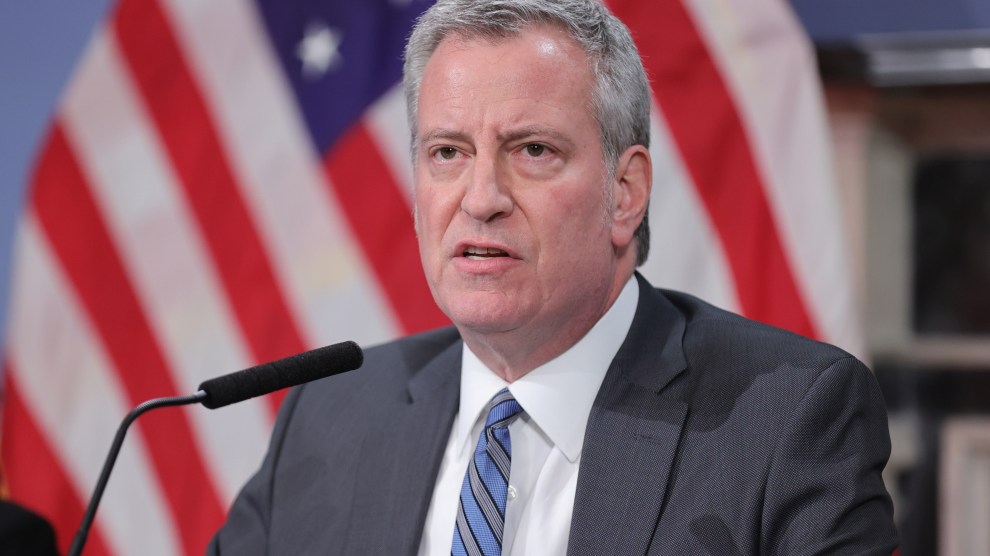 New York City Mayor Bill de Blasio on Sunday blasted President Trump’s response to the coronavirus pandemic, saying that his administration has not sufficiently accelerated the production of medical supplies like masks and ventilators, which are essential to stop the spread of the virus.

“The president of the United States is from New York City, and he will not lift a finger to help his hometown, and I don’t get it.”

“The president of the United States is from New York City, and he will not lift a finger to help his hometown, and I don’t get it,” de Blasio said Sunday on NBC’s “Meet the Press.”

De Blasio called for the “military to be mobilized” and the “Defense Production Act to be used to the fullest” to get more ventilators “so people can live who would die otherwise.”

Doctors and nurses across the country are on the verge of resorting to using handkerchiefs in lieu of N95 masks, which are likely substantially less effective in stopping the spread of disease. Others have started to reuse disposable personal protective equipment, for lack of better options.

The New York mayor also suggested that members of the military with medical training be deployed to areas most affected by the virus.

“Why are they at their bases? Why are they not being allowed to serve? I guarantee you they are ready to serve, but the president has to give the order,” he said.

The Defense Production Act, first passed in the 1950s in the leadup to the Korean War, gives the President broad authority to compel manufacturers to “prioritize and accept government contracts” and “provide economic incentives” to ensure that the United States has the necessary supply stockpiles for crises.

Despite mounting pressure, Trump has not opted to use the act. On Sunday morning, the head of the Federal Emergency Management Agency (FEMA) said that Trump had not taken advantage of the act yet, but instead were using it as leverage to compel companies to step up their production. “It’s happening without using that lever,” FEMA administrator Pete Gaynor said, “If it comes to a point we have to pull the lever, we will.”