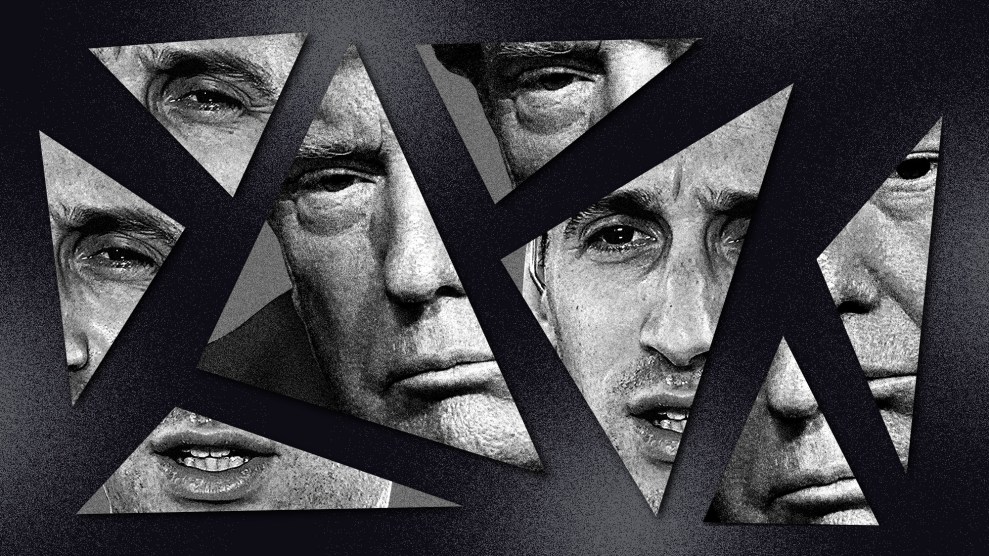 During Thursday night’s presidential debate, somewhere between lying about his administration’s response to the coronavirus and lying about Joe Biden’s houses, Donald Trump said a sort of true thing about immigration.

Moderator Kristen Welker had asked about Trump’s family separation policy, which led to thousands of children being separated from their parents at the US-Mexico border between 2017 and 2018, including 545 kids who still haven’t been reunited with their families. Trump seized on the opportunity to deflect and blame Biden and the Obama administration: “Let me just tell you: They built cages. They used to say I built the cages, and then they had a picture in a certain newspaper, and it was the picture of these horrible cages and they said, ‘Look at these cages. President Trump built them.’ And then it was determined they were built in 2014. That was him. They built cages.” Never one to miss an opportunity for infuriating repetition, Trump went on to ask Biden, “Who built the cages?” four times over the next several minutes.

Asylum Is Dead. The Myth of American Decency Died With It.An Explosive Government Report Exposed Family Separations and Other Immigration Horrors—in 1931Trump Killed My American Dream: 8 Stories From the War on ImmigrantsWhy a Second Trump Term Would Be Even Worse for Immigrants

While Trump was lying about his role in family separation, he was right that there was cruelty and inhumanity in the immigration system before he became president. In 2014, families and unaccompanied children came to the US-Mexico border in unprecedented numbers. Thousands of minors, mostly from Central America, were shoved into crowded Border Patrol holding cells and kept in stomach-churning conditions.

When photos from those Texas facilities surfaced, Obama called it a humanitarian crisis and directed the Department of Homeland Security to come up with a solution. Border Patrol started sending thousands to massive warehouses. Kids in chain-linked corrals—cages—wound up sleeping on the floor under mylar blankets. Some sobbed; others sat in eerily quiet shock.

Obama did not systematically rip kids from their parents’ arms at the border to stop more families from coming. But all the shards and exposed nails of the broken infrastructure he oversaw were easily fashioned into weapons by his successor. Trump and white nationalist senior adviser Stephen Miller did not have to conjure out of whole cloth a system that inflicts maximum pain on asylum seekers and refugees, visa holders, and immigrant detainees. They took the system they inherited and stripped it of anything that acknowledged the humanity of those trapped within it. They formalized the informal brutality of the Obama administration’s immigration regime. The cruelty, as Adam Serwer put it, was now the point.

A week before Americans decide whether to reelect a president who banned Muslims, sealed the border to asylum seekers, separated children, gutted the legal immigration system, and race-baited, fearmongered, and demagogued immigrants from the moment he announced his candidacy in 2015, Mother Jones is publishing several stories that highlight how the Trump administration has taken a system that was already bad and turned it into a machine of unchecked cruelty.

The first story shows how Trump and Miller targeted and destroyed the asylum system that Americans once bragged about to the rest of the world. On Tuesday, the series reveals how Americans have spent a century debating family separation and other horrors of immigration enforcement. Later this week you’ll hear directly from people whose lives have been upended by this administration, whether that be a family of PhDs in Southern California or a family of asylum seekers trapped a hundred miles south in Tijuana. Finally, we’ll explain why another four years of Trump would be even more devastating for immigrants than the first four.