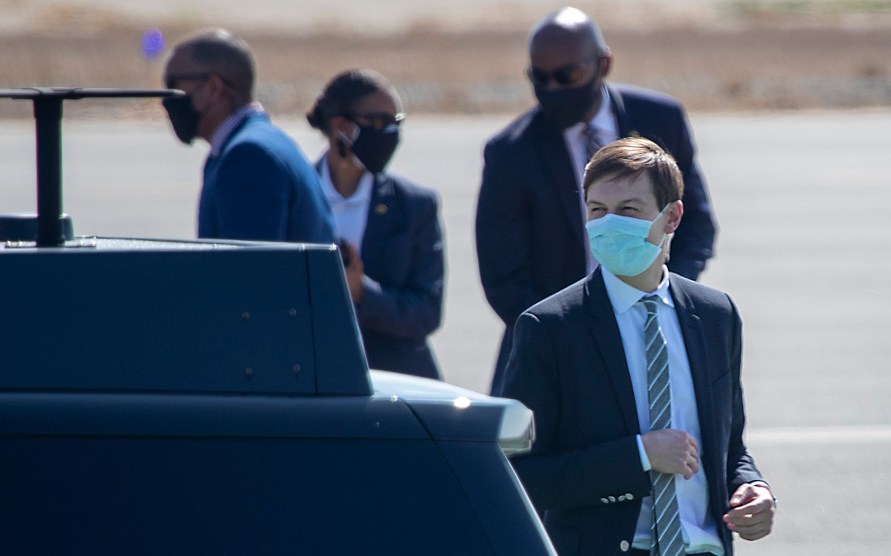 It’s been six years since Dionne Mont first saw her apartment at Fontana Village, a rental housing complex just east of Baltimore. She was aghast that day to find the front door coming off its hinges, the kitchen cabinet doors stuck to their frames, mouse droppings under the kitchen sink, mold in the refrigerator, the toilet barely functioning and water stains on every upstairs ceiling, among other problems. But she had already signed the lease and paid the deposit.

Mont insisted that management make repairs, but that took several months, during which time she paid her $865 monthly rent and lived elsewhere. She was hit with constant late fees and so-called “court” fees, because the management company required tenants to pay rent at a Walmart or a check-cashing outlet, and she often couldn’t get there from her job as a bus driver before the 4:30 p.m. cutoff. She moved out in 2017.

Four years later, Mont has received belated vindication: On April 29, a Maryland judge ruled that the management company, which is owned by Jared Kushner’s family real estate firm, violated state consumer laws in several areas, including by not showing tenants the actual units they were going to be assigned to prior to signing a lease, and by assessing them all manner of dubious fees. The ruling came after a 31-day hearing in which about 100 of the company’s current and former tenants, including Mont, testified.

Maryland Attorney General Brian Frosh brought the consumer-protection case against Westminster Management, the property-management arm of Kushner Companies, in 2019 following a 2017 article by ProPublica and The New York Times Magazine on the company’s treatment of its tenants at the 15 housing complexes it owned in the Baltimore area, which have served as profitable ballast for a company better known for its gleaming properties in New York. The article revealed the company’s aggressive pursuit of current and former tenants in court over unpaid rent and broken leases, even in cases where tenants were in the right, as well as the shoddy conditions of many units.

To build its case, the attorney general’s office subpoenaed records from the company and solicited testimony from current and former tenants, who provided it via remote video link to Administrative Law Judge Emily Daneker late last year.

In her 252-page ruling last week, which was first reported by the Baltimore Sun, Daneker determined that the company had issued a relentless barrage of questionable fees on tenants over the course of many years, including both the fees identified in the 2017 article and others as well. In more than 15,000 instances, Westminster charged in excess of the state-maximum $25 fee to process a rental application. In more than 28,000 instances, the company also assessed a $12 “agent fee” on court filings against tenants even though it had incurred no such cost with the courts—a tactic that Daneker called “spurious” and which brought the company more than $332,000 in fees. And in more than 2,600 instances, the Kushner operation assessed $80 court fees to tenants at its two complexes within the city of Baltimore, even though the charge from the courts was only $50. “The practice of passing court costs on to tenants, in the absence of a court order,” Daneker wrote, “was deceptive.”

The manifold fees suggested a deliberate strategy to run up tenants’ tabs, Daneker wrote, repeatedly calling the practices “widespread and numerous.” She concluded that “these circumstances do not support a finding that this was the result of isolated or inadvertent mistakes.”

Daneker also found that the company violated consumer law by failing to have the proper debt-collection licenses for some of its properties and by misrepresenting the condition of units being leased to tenants. However, she found that the attorney general’s office did not establish that the company violated the law in several other areas, such as by misrepresenting its ability to provide maintenance on units or in some of its calculations of late fees.

Kushner Companies, which has since sold some of the complexes and put others of them on the market, declined to be interviewed for this article. A statement from Kushner general counsel Christopher Smith suggested that the ruling amounted to a victory for the company, despite the judge’s many findings against it. “Kushner respects the thoughtful depth of the Judge’s decision, which vindicates Westminster with respect to many of the Attorney General’s overreaching allegations,” Smith said.

In previous statements, the company had alleged that Frosh, a Democrat, had brought the suit for political reasons, and was singling out the company owned by the then-president’s son-in-law for a host of practices that the company said were common in the multi-housing rental industry. In her ruling, Daneker stated that she found no evidence of an “improper selective prosecution” in the suit.

The attorney general’s office declined to comment, noting that the case is not yet final. Each side will next have the chance to file exceptions, as objections are known, that will be considered by the final arbiter in the consumer protection division of the attorney general’s office. The state’s lawyers will also propose restitution sums for tenants and a civil penalty. Once the consumer protection arbiter issues a ruling, both sides will have the right to challenge it in the state’s appeals courts.

Also awaiting resolution is a separate class-action lawsuit brought by tenants that alleges, among other things, that the company’s late fees exceeded state limits. A Court of Special Appeals judge has yet to issue a ruling following a January oral argument on the plaintiffs’ appeal of previous rulings against both their attempt to certify themselves as a class and against the substance of their claim regarding late fees.

Despite the drawn-out process, including a three-month delay because of the pandemic, former tenants took satisfaction in the first judicial affirmation of their accounts of improper treatment. Kelly Ziegler, an orthodontic assistant, lived for two years in Highland Village, just south of Baltimore. She also didn’t get to see her unit before she moved in, in 2015, and was confronted with a litany of problems: a leak from the tub into the kitchen, a loose bedroom window that she worried her young child might fall out of, and a roach infestation so bad that she couldn’t use her stove. After some neighbor kids rolled a tire into her yard to use as a swing, she was fined $250 with no warning. “They did a lot of petty stuff,” she said.

But when she asked to break her lease over the problems with the house, management warned her that they would take her to court. She finally got out of the lease in 2017.

When the attorney general’s office approached Ziegler over her case, she was eager to share her experience. But when she found out that the complex was owned by President Trump’s son-in-law, she started to worry she would face repercussions for speaking out. “It made me scared that I was doing something wrong. This is a person with power,” she said. She said that her grandmother tried to reassure her: “You don’t have anything to worry about. You’ve done nothing wrong.”

Kushner has of course since left the White House and moved to Florida. Ziegler now lives with her family on a dead-end street in southwest Baltimore. It’s near a high-crime strip where, not long ago, a 17-year-old friend of her daughter was fatally shot. But Ziegler is still glad to be out of Highland Village, out of Kushner’s reach.