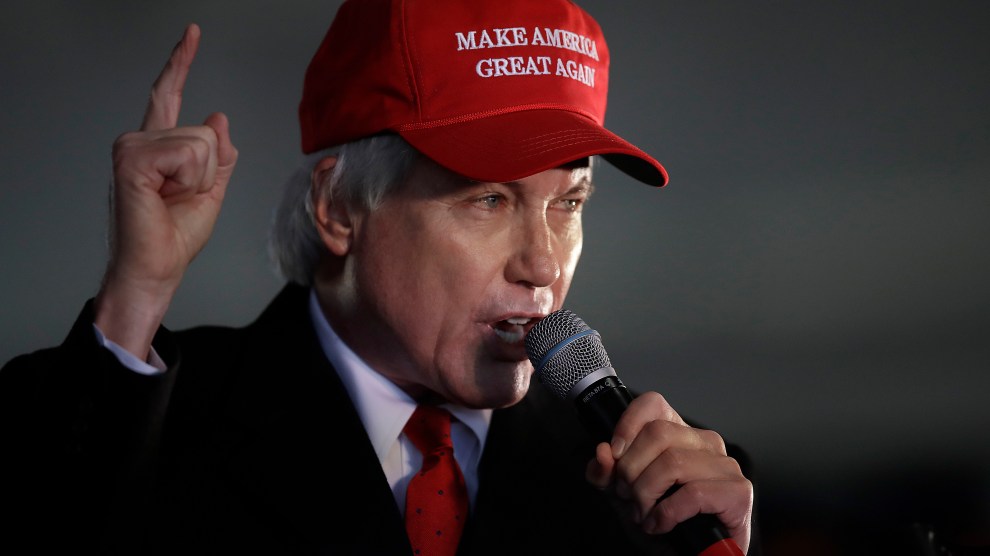 “Veronica Wolski was a friend of the Flynn’s, a patriot of the highest order,” wrote Michael Flynn, the prominent backer of the QAnon conspiracy and former Trump National Security Advisor, after her Monday death from COVID-19. “May you Rest In Peace my beautiful friend in Christ.”

Before Wolski, an anti-vaxxer and QAnon supporter herself, succumbed, for much of the three weeks she spent dying in a Chicago hospital, she served as the flashpoint for an aggressive harassment campaign targeting her doctors.

Last week, the hospital confirmed to a local NBC affiliate that it had been inundated with hundreds of calls and emails that had urged them to treat Wolski with ivermectin, a drug commonly used as a horse dewormer. The campaign had been organized by her friends in the QAnon community on Telegram and received an early boost from Flynn, but exploded when it was taken on by Lin Wood, the disgraced former Trump lawyer and QAnon superfan, who has over 800,000 followers on the messaging platform.

Last Tuesday, Wood took to Telegram to write that he personally had called the hospital to demand she be given ivermectin, and urged his followers to do the same and “let your voices be heard.” And they did: according to Vice News, which first reported on the campaign, a follower of Wood soon reported back to the Telegram that a nurse had told him that “People are just calling all day and threatening them.”

The campaign appeared to only get more intense over the course of the week leading up to Wolski’s death. It may have reached an apex on Sunday night, when Lin and his followers began posting hospital staff and administrators’ numbers to Telegram. Police showed up after members shared local departments’ contact information and pushed callers to demand a “wellness check” at the hospital. One user claimed on Sunday night that a police officer who’d answered the phone said they had gotten hundreds of related calls; others boasted that the hospital had received hundreds more since Tuesday’s initial wave. At least one Telegram user wrote that as soon as they had mentioned Veronica’s name, hospital staff hung up.

A Chicago police spokesperson confirmed receiving related calls, without offering any further information. A video Wood posted late on Sunday shows at least one cop at the hospital, capturing officer Brock Merck explaining to unnamed woman off-camera that he would not conduct the wellness check. “I don’t have the authority to supersede what they’re saying at this time,” Merck said.

In the final hours before her death, some advocated for even more extreme measures: “Peaceful protesting wont work here!!! Time to take some action… if it were my loved one I wouldn’t wait for permission to go in and get them!!!” one person wrote. Another suggested someone to “Pull the fire alarm then any patriot who is there rush in and find Veronica. They can’t get everyone.”

Hospital communications staff did not immediately respond to requests for comment. It’s not clear if the volume of calls, which came as coronavirus cases in Illinois have inundated hospitals, or related security issues strained staff.

Wolksi’s death from COVID-19 left Wood’s followers undeterred, as they continued make posts to Telegram championing ivermectin and demanding the hospital be prosecuted. “MURDERERS,” one wrote.