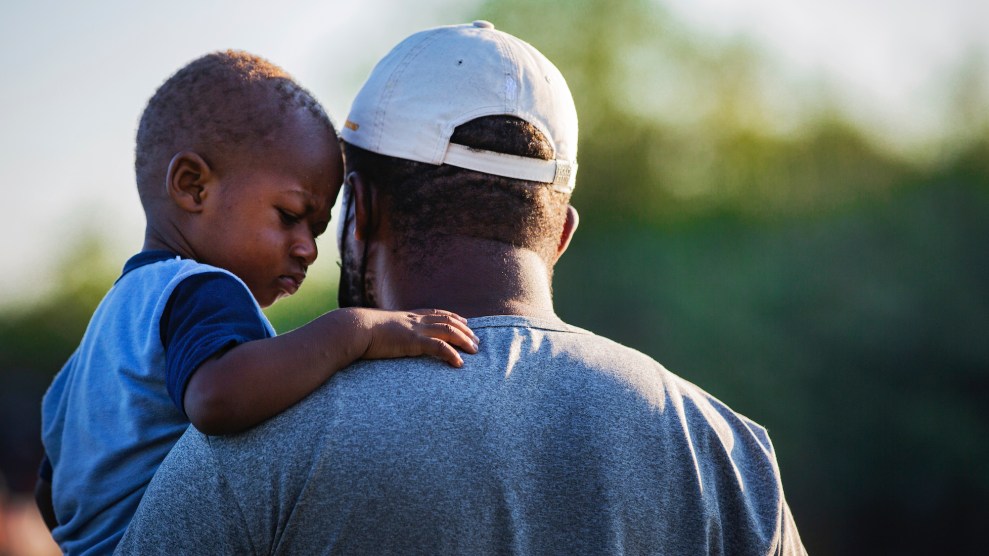 In July, Secretary of State Anthony Blinken announced that Ambassador Daniel Foote, a career diplomat, would serve as Special Envoy for Haiti following the assassination of President Jovenel Moïse. Two months later, Foote is resigning in protest of the Biden administration’s decision to summarily expel more than 1,000 Haitians from the United States under a Trump-era border policy.

“With deep disappointment and apologies to those seeking crucial changes, I resign from my position as Special Envoy for Haiti, effective immediately,”  Foote wrote in a resignation letter obtained by Yamiche Alcindor of PBS News. “I will not be associated with the United States [sic] inhumane, counterproductive decision to deport thousands of Haitian refugees and illegal immigrants to Haiti, a country where American officials are confined to secure compounds because of the danger posed by armed gangs in control of daily life.”

SCOOP: Special Envoy for Haiti, Amb Daniel Foote, a career member of foreign service, has RESIGNED. In his letter of resignation, he says he will not be associated with the U.S.'s "inhumane, counterproductive decision to deport thousands of Haitian refugees." Letter attached. pic.twitter.com/KlW5GoTF3u

Foote’s decision comes after more than 10,000 Haitian migrants arrived at a border crossing in Del Rio, Texas. Under US law, they would normally be allowed to enter the United States and request asylum. Their claims would then be evaluated by asylum officers and immigration judges.

But the Trump administration upended that framework during the pandemic by invoking a public health policy, known as Title 42, to immediately expel migrants and asylum seekers from the country without any semblance of the due process that (often only theoretically) existed before. (The policy was not actually supported by US public health officials.) Instead, Stephen Miller, Trump’s top immigration adviser, pushed it through as part of his longstanding white nationalist agenda.

Now the Biden administration is using that same policy to expel Haitians, along with migrants from other countries. Since Sunday, the Department of Homeland Security has sent more than 1,400 Haitians from Texas to Haiti on 12 expulsion flights. Many of the people being sent to Haiti had fled the country before Moïse’s death and the recent 7.2-magnitude earthquake. They’d been living and working in Latin America, but were reportedly hopeful that they’d finally be allowed into the United States with Biden in office.

Last week, federal judge Emmet Sullivan ruled that DHS cannot use Title 42 to expel migrant families with children. But Sullivan paused his order for two weeks to give the Biden administration time to put it in place. The Justice Department is now appealing the decision. Lee Gelernt, deputy director of the ACLU’s Immigrants’ Rights Project, said in a statement, “Rather than appeal the ruling, the administration should instead acknowledge that the court was correct to find Title 42 unlawful, and end the program entirely.”

Foote joined the Foreign Service in 1998, according to his LinkedIn profile. He served as the deputy chief of mission in Haiti in the early aughts, but his current assignment proved to be more than he could bear. As he wrote in his resignation letter to Blinken:

The people of Haiti, mired in poverty hostage to the terror, kidnappings, robberies and massacres of armed gangs and suffering under a corrupt government with gang alliances, simply cannot support the forced infusion of thousands of returned migrants lacking food, shelter, and money without additional, avoidable human tragedy. The collapsed state is unable to provide security or basic services, and more refugees will fuel further desperation and crime. Surging migration to our borders will only grow as we add to Haiti’s unacceptable misery.

He is not alone in his discontent within the administration. One official at US Citizenship and Immigration Services, the DHS agency that handles many asylum claims, along with other forms of legal immigration, told Reuters they were “personally mortified” by the recent expulsions.

“It’s appalling, disgusting,” said another. “What do they believe in, if this is acceptable?”