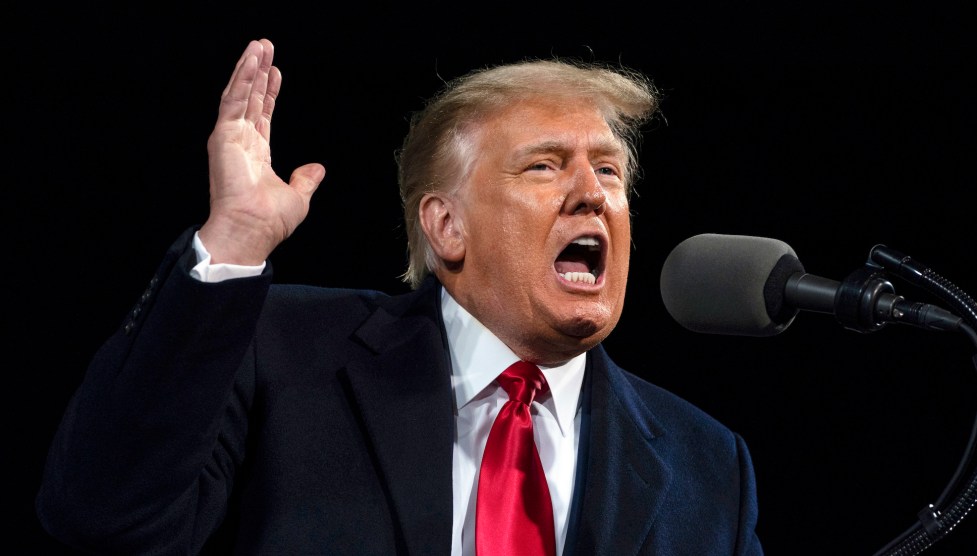 Donald Trump announced Wednesday night that he is launching a conservative social media and technology company—an end-run around the bans many major tech platforms imposed on him earlier this year after his post-election lies and incitement. The former president claims his new endeavor will be devoted to a particularly lofty ideal: the truth. Of course, in his many decades as a real estate developer and politician, Trump’s relationship with “the truth” has been tenuous, at best—he has a knack for creating his own alternative facts. It’s not clear which truths the new operation will focus on, but if trademark applications that appear to have been made on behalf of his company last week are any indication, the actual word “truth” is going to receive a real workout.

According to a press release and filings with the Securities and Exchange Commission (Trump hopes his new company will go public and pegs the value at $875 million), the Trump Media & Technology Group will encompass all sorts of business areas—a “non-woke” version of Netflix and Disney Plus, news products to compete with CNN, web-hosting to compete with Amazon and Google. But its first product will be a social media platform called TruthSocial.

According to filings with the US Patent and Trademark Office, on October 13, a Florida intellectual property attorney named Holly Collins applied for a trademark for “TruthSocial.” And over the next few days, she also filed applications for trademarks on “TMTG” and “TMTG+”.

According to a promotional slideshow that surfaced on Twitter Wednesday night, those are the names of the “non-woke” entertainment and news streaming services Trump is planning.

From a slide deck, some of the companies the new Trump Media and Technology Group claims/aims to eventually be competing with —> pic.twitter.com/ZfztM9YfWU

The language of the trademark applications suggests that they are being reserved for use with a social media platform and streaming video services. Collins, who did not return a request for comment, filed the documents on behalf of a company called T Media Tech LLC, based in Orlando. That company was registered in Delaware this summer; it has no online presence or publicly listed contact information. A spokesperson for Trump Media & Technology Group did not return a request for comment.

Collins also filed applications for several other words or phrases that suggest a creative reimagining of the concept of truth, including “Truthing“; “Retruth“; and “Post A Truth.” All of the applications state that the words will be used in connection with online selling, website hosting, and social media platforms.

A final application was made for the phrase “Follow The Truth,” complete with this logo:

Trump is well known to be obsessed with trademarks—he has more than 200 for different variations of his name and products (real and imagined) that might be sold using it. And he has previously telegraphed new business ventures with preemptive trademark applications—for instance, applying long before any public announcement for trademarks on “Scion” and “American Ideal,” which were the names of the failed downmarket hotel chain his company launched while he was in the Oval Office.