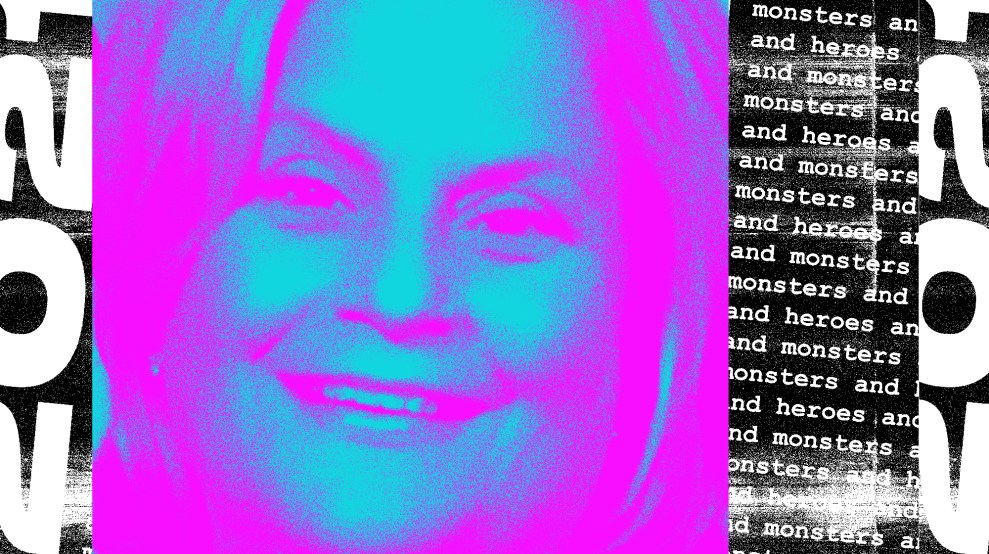 I recently got a nice Happy Holidays email from Ileana Ros-Lehtinen, a former member of Congress who lobbies for the powerhouse firm Akin Gump. “From my family to yours, all the best and many wishes for health and happiness in 2022!” the Florida Republican said. Above that was a lovely photograph of the sun setting over the ocean in Dubai, in the United Arab Emirates.

The image was part of a montage of what I think were pictures taken around the world by Akin Gump employees. But it was also a reminder that the former congresswoman lobbies for the UAE. I am on her list, presumably, because I previously sent her a bunch of questions about that work. She never responded. I eventually heard from a spokesperson for the firm, who blew me off.

To be clear, Ros-Lehtinen seems nice. In Congress, from which she retired in 2018, she was known for her affability, a rare moderate Republican who in her last years was a Trump critic. She was the first Hispanic woman elected to Congress and the first woman to chair the House Foreign Affairs Committee. She has recently written op-eds supporting LGBTQ rights and calling for Republicans to stand with “poll workers and election officials” against crazed Big Lie backers.

She’s not personally a monster. But consider who she works for. The UAE, an autocracy run by the crown prince of Abu Dhabi, Mohamed bin Zayed, is a top spender on K Street, pushing an agenda similar to that of their close ally, Saudi Arabia—without the ostracism associated with the Saudis’ murder and dismemberment of a prominent journalist.

The Emiratis, highly militarized and rich in oil and natural gas, have supported US policies in the Middle East, earning the moniker “Little Sparta” from General James Mattis (not really a compliment) in the process. In exchange they want to buy advanced US weapons, drones and fighter planes, which they have allegedly deployed to support allies in civil wars in Yemen and Libya, killing civilians in the process. They have aggressively opposed US nuclear diplomacy with Iran.

Maybe the biggest Emirati ask in recent years, though, was for support in their conflict with their neighbor and rival, Qatar, which the Saudis and Emiratis, along with other regional allies, blockaded and threatened to invade in 2017. (Trump ally Tom Barrack, who was charged in July with secretly acting as agent for the UAE, allegedly helped them push their plan in Washington.) A key Emirati/Saudi demand was that Qatar shut down Al Jazeera, the international news organization based in Doha which for decades has angered its Gulf state neighbors with critical coverage of their polices.

That’s where Ros-Lehtinen came in. She led an Akin Gump effort to lobby for the Justice Department to designate Al Jazeera’s US arm as an agent of the Qatari government, treatment that Russian and Chinese propaganda outlets received in recent years. Last year, she produced a report that argues that Qatar’s government, which is also an autocracy and which funds Al Jazeera, exerts control over the network’s coverage. (Al Jazeera disputes this.) The report includes sections like: “Qatar Uses AI Jazeera to Promote Hamas.” Ros-Lehtinen and Akin Gump lobbied the offices of Republicans in Congress, including Rep. Lee Zeldin (R-NY) and Sen. Marco Rubio (R-Fla.), who wrote letters pushing the DOJ to force Al Jazeera’s US outfit to register under the Foreign Agents Registration Act.

This worked. In September 2020, Bill Barr’s Justice Department ordered Al Jazeera’s US-based social media division, AJ+, to register as a foreign agent. The letter ordering this appeared in at least one instance to include phrasing lifted directly from Ros-Lehtinen’s report. The DOJ letter also echoed the report’s criticism of Al Jazeera’s politics, arguing that AJ+ articles “adopt a positive view of Iran” and “show support for the Palestinian cause and question US support for Israel.”

AJ+ says registering under FARA would hamper its journalism, in part because doing so would suggest all the organization’s news coverage is Qatari propaganda. It has still not actually registered. Presumably its lawyers continue disputing the order with DOJ. Ros-Lehtinen and Akin Gump have continued lobbying, and this summer GOP Sens. Chuck Grassley (Iowa), Ted Cruz (Texas), Tom Cotton (Ark.), Todd Young (Ind.), and Rubio sent a new letter pushing the DOJ to make the network register.

Pan back here. The UAE pays a US lobbyist to pursue its beef with a news outlet it doesn’t like through the American political system—with substantial success. Whatever one makes of Al Jazeera’s corporate structure or its editorial choices, there is little question that the move to force it register as a foreign agent for Qatar was influenced by a foreign agent for the UAE. That stinks.

Ileana Ros-Lehtinen may be friendly, but she is using her relationships on the Hill, her reputation, even her affability, to launder UAE efforts to mess with a US-based media outlet (AJ+ is based in DC) because it is critical of policies the UAE backs.

She’s far from alone of course. Former lawmakers lobbying for dubious clients, foreign or domestic, is so normal in Washington that it feels a little embarrassing to suggest that it is, while perfectly legal, also kind of corrupt. But the ubiquity of this does not really excuse it. It just means that Ros-Lehtinen exemplifies a big problem. That’s the monster.