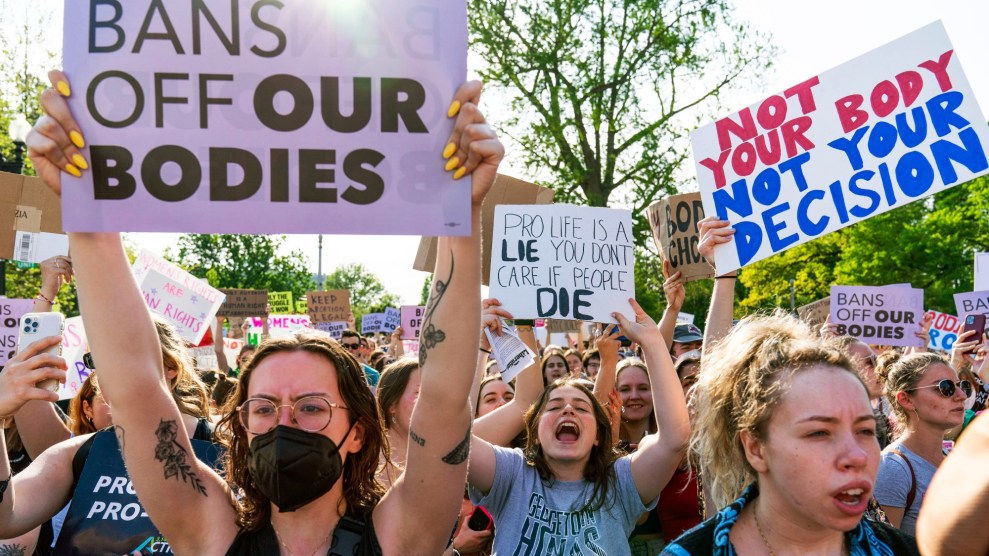 For women seeking abortions in Texas, as well as the network of advocates and medical providers trying to help them, it has been a week of whiplash.

They lost the right to abortion on June 24th, when the US Supreme Court overturned Roe v. Wade. Then they gained a sliver of it back on Tuesday, after a judge in Harris County, which includes Houston, allowed abortions to resume in the state up to six weeks of pregnancy. But late on Friday night, Texas women lost that right again, when Texas’s Supreme Court, made up of nine Republican justices, temporarily blocked the Houston judge’s order and appeared to close the door again on abortion access in the nation’s second-most-populous state.

The court’s ruling temporarily reinstates an abortion ban Texas passed nearly a century ago—in 1925. The state had left this ban on its books in anticipation of the moment when Roe would be overturned. After the Houston judge ruled that this 1925 ban is unenforceable and offered clinics a temporary reprieve, Texas attorney general Ken Paxton asked the state’s supreme court to approve an emergency motion to halt the judge’s order. Their late-night ruling on Friday did just that. The judges will more fully consider the ban at a hearing later this month. It was not immediately clear if clinics would have to halt abortion services in the wake of the Friday ruling, adding even more uncertainty at a tumultuous moment for abortion access.

This 1925 ban—passed at a time when non-white men and women were effectively excluded from participation in the political process—makes performing an abortion a crime punishable by two to 10 years in prison. The court’s order, however, stopped shy of reinstating this criminal enforcement, and instead only allows for civil enforcement of the ban, exposing abortion providers to fines and legal headaches. Paxton’s original request to the court, however, made clear that his goal is to allow prosecutors to bring criminal charges against abortion providers.

“Extremist politicians are on a crusade to force Texans into pregnancy and childbirth against their will, no matter how devastating the consequences,” Julia Kaye, a staff attorney, at the ACLU Reproductive Freedom Project, said after Friday’s ruling.

Texas also has a so-called “trigger ban” in place—a law explicitly designed to ban abortion following a Supreme Court ruling revoking Roe v. Wade. Texas lawmakers pushed the law through last year, and it is scheduled to go into effect 30 days after the Dobbs ruling—the very end of July.

The result, then, is that Texas lawmakers and courts are working overtime to block the last shreds of abortion access in a state that is set to fully ban the procedure anyways in just a few weeks.

Update, July 7: This post has been updated to reflect that in Texas justices are elected, not appointed.