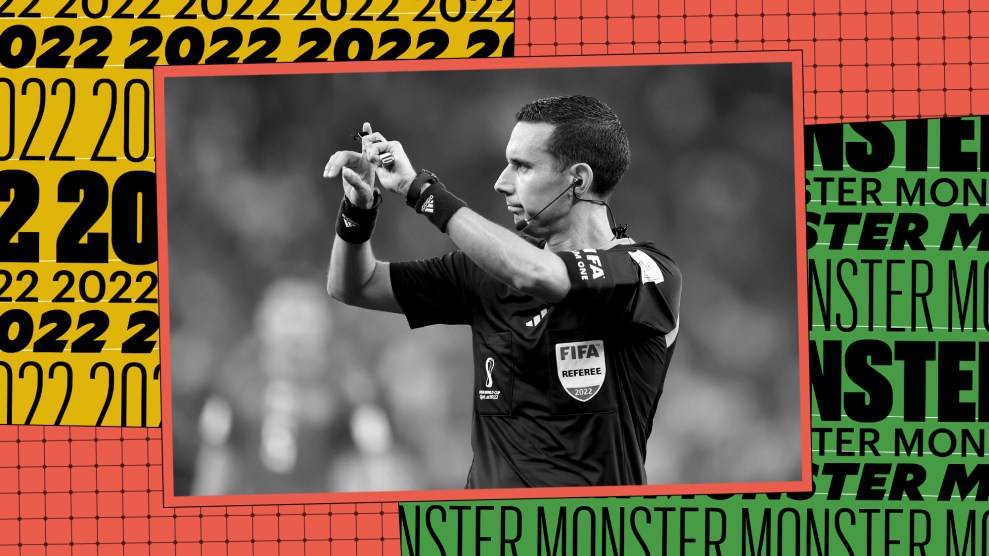 Every few years, the world discovers anew a wonderful old document called the Simple Sabotage Field Manual, a 1944 booklet published at the direction of William J. Donovan, the head of what was then called the Office of Strategic Services and is now the CIA. Donovan’s memo detailed ways in which civilians in Nazi-occupied countries could undermine the enemy cause. If you were speaking at a conference, the manual suggested going on long digressions, and peppering your remarks with boring personal anecdotes. Janitors were asked to forget to re-stock toilet paper. People interacting with bureaucrats were instructed to cry.

By themselves, many of the tactics proposed were so mundane that their practitioners could never be suspected of sabotage. But those petty inconveniences would accumulate into something more. There is something deliciously insidious about the way the manual invites you to view all the world’s annoyances as an op. Surely, the co-worker who forgot to refill the coffee pot is not a saboteur. But what would they be doing differently if they were?

I was thinking of Wild Bill’s rules for sabotage, recently, during another stoppage of play for an official review during the 2022 men’s World Cup. I’m sorry I can’t be more specific; referees used video review to overturn the call on the field 25 times during the tournament. The first goal disallowed after a consultation with the Video Assistant Referee (or VAR) was scored three minutes into the first match. Nine more were thrown out in the weeks that followed. They awarded 10 additional penalty kicks, canceled one, and ordered another to be taken twice. Simple offsides calls were made with the help of a semi-automated system, but in more complicated scenarios the on-field ref would jog over to a pitch-side monitor to study the tape themselves. Lionel Messi’s last hurrah and Morocco’s underdog run may be the World Cup’s enduring memories, but the greatest drama on any given day was the sight of someone else re-watching what you had already seen, to determine if what just happened really happened.

The objective truth VAR promises is illusory while the concessions it extracts are immense.

The use of instant replay by referees starts from an obvious place. Referees sometimes make bad calls, and miss clear ones. What if, instead, they didn’t? Like a lot of technological innovations, video review was incorporated into sporting events—starting with the reintroduction to the NFL in 1999 and spreading to everything from soccer to the Little League World Series over the next two decades—with the promise of a new degree of precision and justice. Sports fans and participants are conspiratorial by nature, searching for patterns of unfairness in every unfolding misfortune. Now, the errors would be caught, and the truth would set us free.

But several decades in, no one seems much happier for it, because, it turns out, technology doesn’t work that way: The objective truth VAR promises is illusory while the concessions it extracts are immense. It has become a stand-in, in a way, for the idea of “Disruption” itself. Replay has left us with a dynamic that’s somehow more frustrating than the human error it replaced. Complaints about the on-field officiating become complaints about the video review. Complaints about the video review become complaints about the rules themselves. NFL fans have now spent the better part of two decades debating what, exactly, is a catch; like a familiar object under a microscope, the closer you look, the more confusing it becomes.

This isn’t just a philosophical crisis. Review has disrupted the nature of what a live sporting event is, by reducing rare moments of joy to mere suggestions, while creating a third kind of space—suspended in time, between scoring and not scoring—that fans and players increasingly inhabit. A cynical sort of internal pleading sets in during this interregnum. You are cheering for an injunction—a chance to speak to the manager, a visit from the cops, a ruling from an unelected judge that stops what your team’s defense could not.

Two days before the January 6th insurrection, Texas Republican Rep. Pete Sessions analogized the effort to decertify the results of the 2020 election to a mid-game review. “America needs to be one of rule of law and of instant replay with a close call,” he said, in a series of tweets that ended with the hashtag #StopTheSteal. Two days later, Sessions joined 146 of his Republican colleagues in voting to reverse the call on the field. It was a crude comparison on his part, but honest, too. What fans really want from replay is a legal means to the end they want; there’s a little Federalist Society hack inside all of us.

As video review has subsumed more and more of the sports world, it has also taken over how people consume those sports. There is a growing replay-industrial-complex. Networks bring in ex-officials to do in-game analysis just like their news divisions hire ex-cops and Raytheon hacks to bang the drum about crime and war—at once validating the status-quo and reminding you that you don’t control it. Even the mechanisms of the replay are now part of the product; all NFL reviews take place exclusively on blue Microsoft Surface tablets, a widely derided piece of technology that can be found on every sideline and seemingly nowhere else on Earth. They’re like the league’s very own F-35.

The promise of technology like this is that the new tools will make the way you already live better. But the reality of video review, like a “self-driving” car beta-testing on public streets, is that everything else must be rearranged to accommodate it. VAR is not a neutral arbiter. It influences the terms of its own existence, by changing the way games are officiated, and altering what you see when you watch. Play must go on, so that play may later be stopped. VAR acts as a sort of self-justification, disrupting the rhythms of the world around it, and then swooping in to clean up the mess. Sometimes the technology doesn’t work at all, and everyone just waits very awkwardly for a while. On days like that, you can think of it as just one more piece of the vast internet of shit.

Imperfection is one of sports’ truths, and irrationality and injustice are its recurring characters. You cannot reduce this stuff to algorithmic efficiency or make it adhere to a rigid code, and picking out a handful of actions in every contest for enhanced screening will never achieve anything approaching justice—it only dulls the sharpness of the blade. Michael Jordan pushing off his defender is the preamble to Michael Jordan nailing the game-winning jumper. The foot of Maradona and the Hand of God are a package deal. Those moments where a bit of chaos sneaks past the guards are part of what we tune in for, too. I want the just-offsides goal to stand—if it’s cool enough.

I don’t want to sound like a total crank here, although, to be clear, I’m well past it. Some of this stuff is actually kind of useful—goal-line sensors that can instantaneously detect whether a ball has crossed the line saves everyone a bit of pain without wasting anyone’s time. But relentless adherence to the rules invites its own form of anarchy.

I refer you, again, to the Simple Sabotage Field Manual, page 30, item 14: “Apply all regulations to the last letter.”