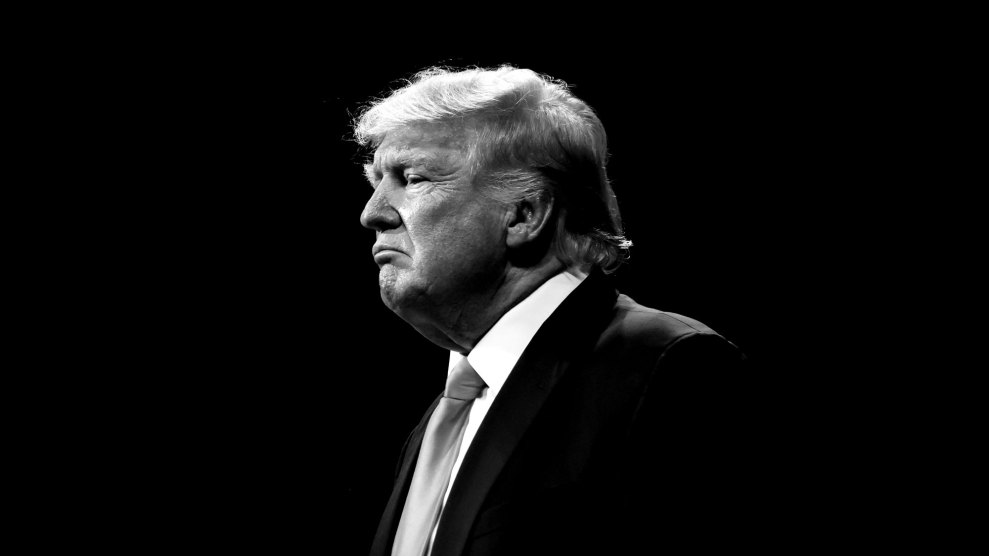 A New York City jury has convicted the Trump Organization on criminal tax fraud charges. While former President Donald Trump was not personally on trial, he owned and closely oversaw the two corporate entities at the heart of the case. The charges stemmed from a scheme to reduce the taxable income of top executives by lowering their salaries in exchange for compensation in the form of lavish perks—free apartments, cars, tuition for children, and even envelopes of cash. The company now faces up to $1.6 million in fines and back taxes, but the bigger penalty is the blow to Trump’s reputation—both in the business world and in the political arena, where Trump has staked much of his reputation on the idea that he is a successful businessman.

The convictions will also embolden the slew of prosecutors who are already pursuing cases related to Trump or his companies, both for his business and political decisions. The nine charges that the Trump companies were convicted of Tuesday were filed by the Manhattan district attorney’s office in 2021, then under the direction of Cy Vance Jr. Vance left office last January, and his successor, Alvin Bragg, initially seemed reluctant to pursue any additional charges against Trump or his companies, despite years of investigation and millions of pages of evidence. Trump is also facing a $250 million civil lawsuit by brought New York Attorney General Letitia James that focuses on separate fraud allegations but has close links to the Manhattan case. These convictions could make it significantly harder for Trump to reach a favorable settlement with James and bode poorly for how a jury will receive his defense in that case.

During the weeks of testimony in the criminal case, prosecutors worked to convince the jury that the Trump companies’ compensation practices benefitted not only the employees, but also also the Trump Organization, by allowing it to boost the salaries of key employees without having to actually pay more.

Trump’s longtime chief financial officer, Allen Weisselberg, pleaded guilty to tax fraud this summer for participating in the scheme and agreed to testify against the company. Defense attorneys countered that Weisselberg was a lone wolf—as CFO he had the power to fix the books himself and compel underlings to help him.

“Weisselberg did it for Weisselberg!” one defense attorney repeatedly told the jury during closings.

The Trump family was kept out of the loop, defense attorneys told the jury, and Weisselberg betrayed the family’s trust. The defense argued that Weisselberg wasn’t trying to help the company when he adjusted his own salary to take the form of perks instead of taxable income. That argument, apparently, failed to persuade jurors, who took just eight hours to deliberate—a swift rebuke for Trump’s defense team.

In a statement after the verdict, a spokesperson for the Trump Organization emphasized the idea that Weisselberg betrayed the Trumps.

“The notion that a company could be held responsible for an employee’s actions, to benefit themselves, on their own personal tax returns is simply preposterous,” the spokesperson said.

In her own statement, Susan Necheles, the lead defense attorney for the Trump Organization called the verdicts “unprecedented and legally incorrect.”

The trial was dominated by dry, intricate testimony and hundreds of thousands of pages of documents detailing expenses the Trump Organization had paid for on behalf of its employees. For much of the trial, prosecutors, defense attorneys, and New York Judge Juan Merchan worked to keep Trump—or at least the politics of Trump—out of the case. But in their closing arguments, defense attorneys repeatedly invoked the former president’s name to make their case that it was Weisselberg—and not the corporation or anyone involved with owning or running it—who was responsible for, and benefitted from, the crimes at issue.

That gave prosecutors the opportunity to hammer Trump personally, claiming that he “knew exactly” what his executives were up to and had fostered a culture of deception and fraud. At one point in his closing arguments, Manhattan assistant district attorney Joshua Steinglass showed jurors a memo from Trump Organization chief operating office Matthew Calimari in which Calimari requested a $75,000 paycut—the exact amount of rent the company was paying for a Trump-owned apartment for him to live in. The document shown to jurors had Trump’s initials written in large letters with a black Sharpie pen.

On the stand, Weisselberg did tell jurors that in adjusting his and other employee’s pay, he had considered the interests of the company—a key factor needed for jurors to vote to convict on several of the charges. But he also said he had done it to save money on his own taxes, which defense attorneys emphasized over and over again.

But the stories Weisselberg told also suggested Donald Trump’s deep involvement. One of the charges the company was convicted on revolved around payments that Trump made for private school tuition for Weisselberg’s grandchildren. According to Weisselberg’s testimony, he was in Trump’s office when Trump was presented with tuition bills for his own grandchildren, which apparently irritated him.

“I might as well pay your grandkid’s tuition,” Trump allegedly said, turning to Weisselberg, who a short while later returned with his grandchildren’s tuition bills and then had his salary reduced by the same amount.

All of that was part of a culture of fraud that permeated the company, prosecutors said.

“This whole narrative that Donald Trump was blissfully unaware is just not true,” Steinglass told the jury in his closing.

While prosecutors may have won over jurors when it comes to the company’s guilt, it’s still not clear if that means they have the evidence to go after Trump personally. A key part of a criminal conviction is proving that the defendant has intent to commit the crime. And while Trump’s initials and signatures are all over many of the pieces of the evidence used to convict his company—arguably proving that he knew of the crime—prosecutors didn’t seem to have any hard evidence showing Trump intended to commit tax fraud himself. Or if they did, they didn’t present it to the jury. Trump famously does not use email and, though he dramatically imprints his signature and initials on documents, he rarely wrote anything more substantial.

In her statement, Necheles said the Trump Organization will appeal the convictions—before the case even went to the jury, his attorneys were laying the groundwork. On Friday, after Steinglass finished his closing statement, defense attorneys asked for a mistrial claiming that prosecutors had unfairly used Trump’s name to incite political animosity among the jurors. They also took issue with Steinglass’ comment about Trump “sanctioning” tax fraud and another moment in which Steinglass had referred to Trump and his adult children as “unindicted co-conspirators.” In both cases, defense attorneys objected to the characterizations and Merchan agreed that prosecutors had gone too far; both statements were struck from the record.