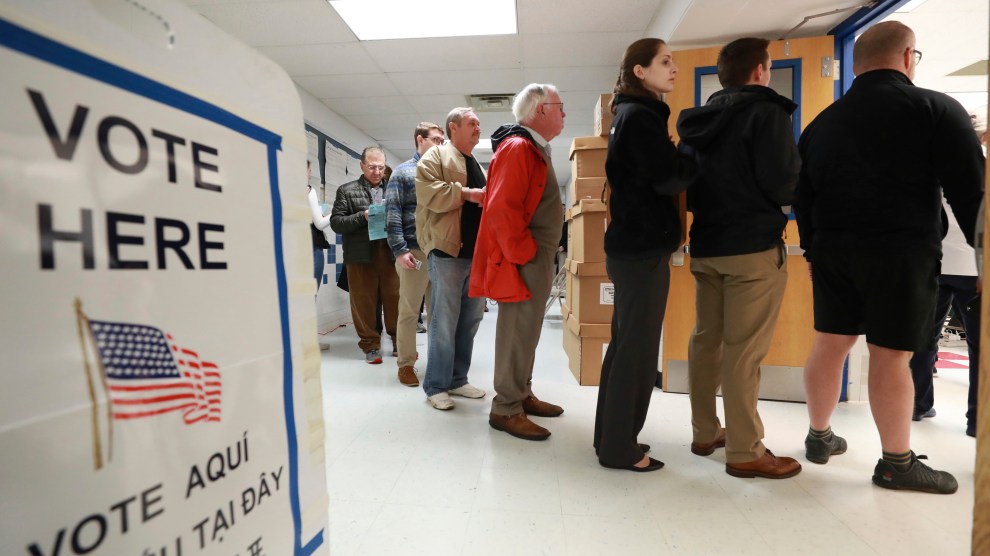 Earlier this month, Virginia lawmakers voted to eliminate Lee–Jackson Day—a holiday honoring Confederate generals—and replace it with a state holiday on Election Day. The legislation, which Democratic Gov. Ralph Northam has endorsed, is being billed as a win-win, striking down a relic of the state’s racist past while simultaneously promoting an effort to boost voter turnout.

Swapping out an existing paid holiday for Election Day seems to be an increasingly popular idea elsewhere in the country, too. Election Day is already a holiday in several states, and six of the Democratic presidential candidates have said that they support making it a national holiday. Last year, the city of Sandusky, Ohio, opted for an Election Day holiday in lieu of Columbus Day, which many associate with oppression of indigenous peoples. Wilfred Codrington of the Brennan Center for Justice has suggested moving the Martin Luther King Jr. holiday to Election Day to honor the civil rights leader’s dedication to democracy. This week, several public figures suggested replacing Presidents Day with an Election Day holiday.

But would an Election Day holiday actually help get voters to the polls? The answer is far from clear.

Since 1845, Election Day has taken place on the first Tuesday after the first Monday in November, because that was the most convenient time for rural farmers to travel to cities after completing their fall harvests. Election Day now falls in the middle of the traditional workweek, and advocates for a paid holiday say that it would give working people more flexibility to cast their ballots. They also suggest that it would shorten lines at polling places by reducing the number of people voting at the peak hours before and after the workday. And, while paid federal holidays legally apply only to government employees and public institutions, private employers tend to follow suit.

Still, there’s little indication that such a holiday would really boost voter turnout. An Elections Canada study of 61 democratic countries, for example, did not find any evidence of higher voter turnout in countries where election day was a holiday. And Joshua Douglas, a professor at the University of Kentucky College of Law and author of Vote for Us: How to Take Back Our Elections and Change the Future of Voting, warns that an Election Day holiday could have unintended consequences for low-income workers who might miss a day’s wages, or for parents whose daycares might close. The holiday would also fail to benefit emergency workers, hospital workers, and other employees who most likely would not get the day off, he said.

“The concern about Election Day as a holiday is it’s not clear that it will actually improve turnout, as opposed to just make it easier for people who are already going to vote anyway,” Douglas said. A better solution, according to Douglas, would be to enact universal vote-by-mail, which would allow people to fill out a ballot and return it at their convenience. This would solve the problem of long lines at polling places without forcing voters to rearrange their schedules. Colorado implemented that system in 2014, with promising results: A Washington Monthly study found that it increased overall voter turnout in that year by 3.3 percent. Similar systems are also used in Oregon, Washington, and Hawaii.

Luckily, the Election Day holiday isn’t the only reform aimed at making it easier for people in Virginia to vote. Lawmakers there recently approved no-excuse absentee voting, which Northam has supported. The state’s Senate has voted to repeal the state’s photo ID law, and lawmakers are considering bills that would enact automatic voter registration. “There are a series of things that, taken together, could rewrite the picture quite significantly,” Claire Gastañaga, executive director of the ACLU of Virginia, said. “It’s a really exciting time here in Virginia when you think about it in terms of access to the ballot box and reversing a long history of mostly racially designed barriers to voting.”