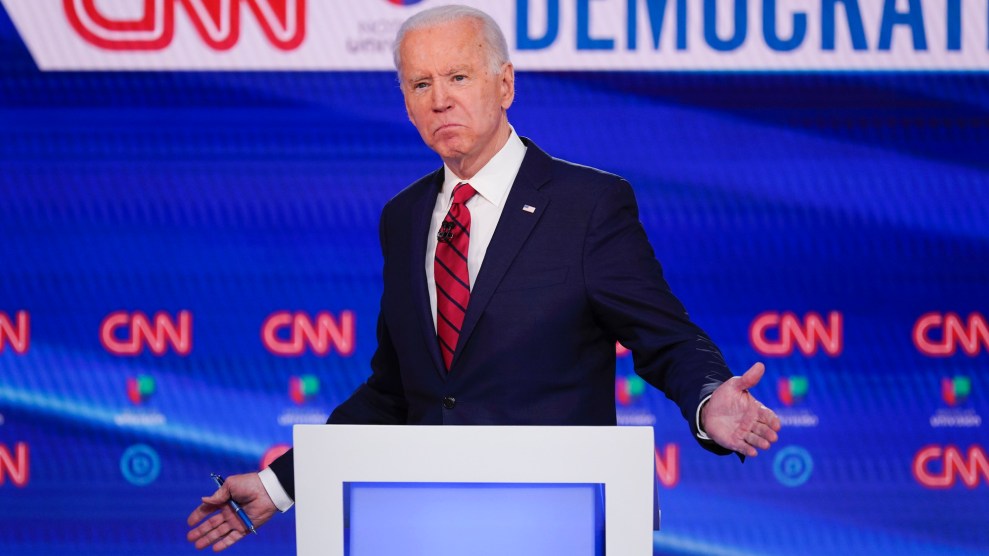 Joe Biden made a big promise during the CNN debate stage on Sunday night: If he became the Democratic party nominee, he would choose a woman to be his vice president.

The promise came out of a question about what Biden’s and Bernie Sanders’ would-be cabinets would do to ensure the best advice on issues that affect women’s physical and financial health. Sanders began by noting that his cabinet would look “like America,” in that half of his cabinet would be women appointees.

Biden took it a step further. “I would pick a woman to be my vice president,” he volunteered.

CNN’s Dana Bash asked him to clarify.  “Just to be clear, you just committed tonight that your running mate, if you get the nomination, will be a woman?” she asked.

“Just to be clear, you just committed here tonight that your running mate, if you get the nomination, would be a woman?”

It was a big promise from Biden, who leads Sanders in delegates and is heavily favored to be the Democratic party’s nominee. A woman hasn’t been the running mate on a Democratic presidential ticket since 1984, when New York congresswoman Geraldine Ferraro unsuccessfully sought the vice presidency alongside Minnesota senator Walter Mondale. The 2020 race had been defined by a historic field of Democratic women who sought the presidency, but failed to reach the nomination; all but Hawaii congresswoman Tulsi Gabbard, who has only two delegates and did not qualify for the debate, remains in the race.

The moderators asked Sanders if he’d pick a woman running mate. The senator answered with less certainty. “In all likelihood, I will,” Sanders said, after a pause. If he did, he said, he would make sure “it is a progressive woman.”