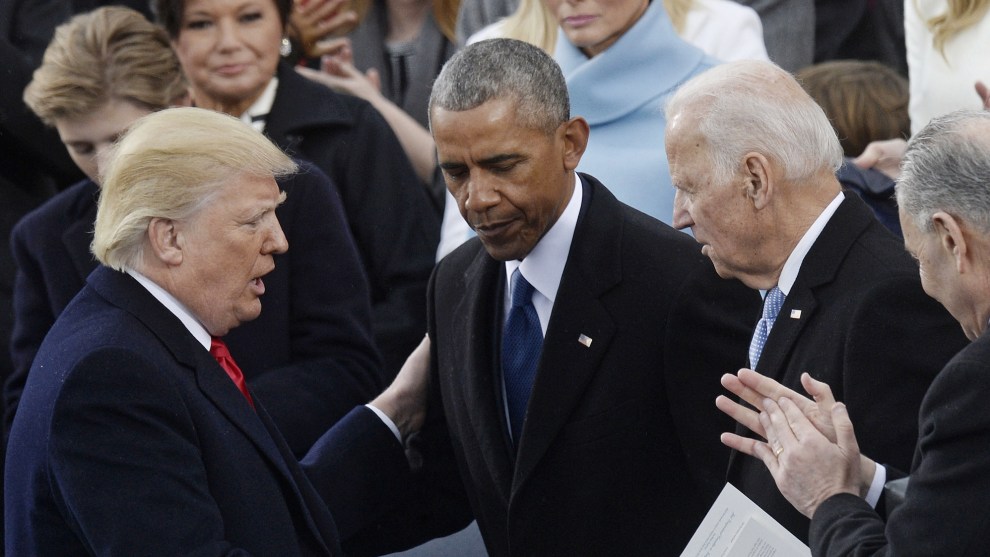 The election is in about six months, and at the moment polls have Joe Biden trouncing Donald Trump. Indeed, Trump has led the presumptive Democratic nominee in only two national head-to-heads all year.  As the Atlantic put it, “It is slowly dawning on Trump that he’s losing.”

Polls are polls. The election isn’t for a while! They aren’t written in stone, and they aren’t perfect, but they aren’t meaningless. One person who cares about polls quite a lot is Donald J. Trump. The president has a love-hate relationship with them. Sometimes he loves (one of) them, most times he hate them, and sometimes he lies about them. The constant is that he’s obsessed with them. Trump is no less thirsty for approval today than he was when he would pretend to be John Barron and call the press to give flattering quotes about himself.

But Trump’s desperate need for love clearly doesn’t manifest itself in the traditional way you’d expect. He doesn’t do things that poll well. If he did, he wouldn’t be telling people he’s taking a dangerous unproven drug or try to get the country to reopen during a pandemic. He can’t do those things because he’s too stubborn, lazy, and obsessed with being proven right. Which brings us to a poll from this week.

Public Policy Polling is a liberal-leaning firm with a B rating from FiveThirtyEight. It does normal polls but also does somewhat trollish novelty polls that are designed to get tweeted a lot. On Wednesday it released a survey that was sort of both:  A poll of 1,223 registered voters found that 54 percent would vote for Barack Obama over Donald Trump in a hypothetical matchup today. The current president would get only 43 percent. Neither the results nor the fact that Trump must obviously hate them are surprising. Obama’s approval ratings were high when he left office, and his popularity has only grown since, while Donald Trump is historically unpopular and has been since his first day in office.

It would make sense if a person obsessed with polls and frustrated by the fact that his 2016 playbook has not yet proven effective against his current opponent, asked himself whether picking a fight with his much more popular predecessor is a wise move. But Trump can’t ask do this. Barack Obama is his mortal enemy. He has never been shy about this, and if the antagonism between the two has remained at a dull roar in the past few years, that’s only because Obama has gone out of his way to stay quiet about his successor (often to the consternation of liberals yearning for a leader in these misbegotten times). But that is mostly over. A recording of Obama criticizing Trump privately was leaked a few weeks ago. Trump is now ranting and raving daily about “Obamagate,” which is as likely to be a candy created in Willy Wonka’s factory as it is to be a genuine scandal. This is obviously not unrelated to the fact that Obama’s vice president is the presumptive pick to challenge Trump in the fall, after a successful primary campaign largely based on reminding Democrats that he was, well, Obama’s vice president.

And that’s the real self-own here. Somewhere in Delaware, Joe Biden’s campaign team probably has a white board with talking points on it. One of those is probably “Obama! Obama! Obama!” It’s probably been underlined. One of the more curious things that happened in the Democratic primary was that Biden’s opponents kept making his task easier for him. For most of 2019 the rest of the field ran away from Obama, the most popular political figure in the party. Donald Trump’s obsession with Obama, which goes back a decade, is causing him to make a similar mistake.

There is a part of the GOP that will always mash the donate button if you mention Obama. Screaming about him gets a segment of right-wing white voters riled up. Sometimes that’s enough to win a midterm election! But the logic of it is a little wobblier in elections where you need to motivate people who don’t watch Sean Hannity every night.

It turns out there is one thing that Joe Biden and Donald Trump do agree on: This election should be about Barack Obama.