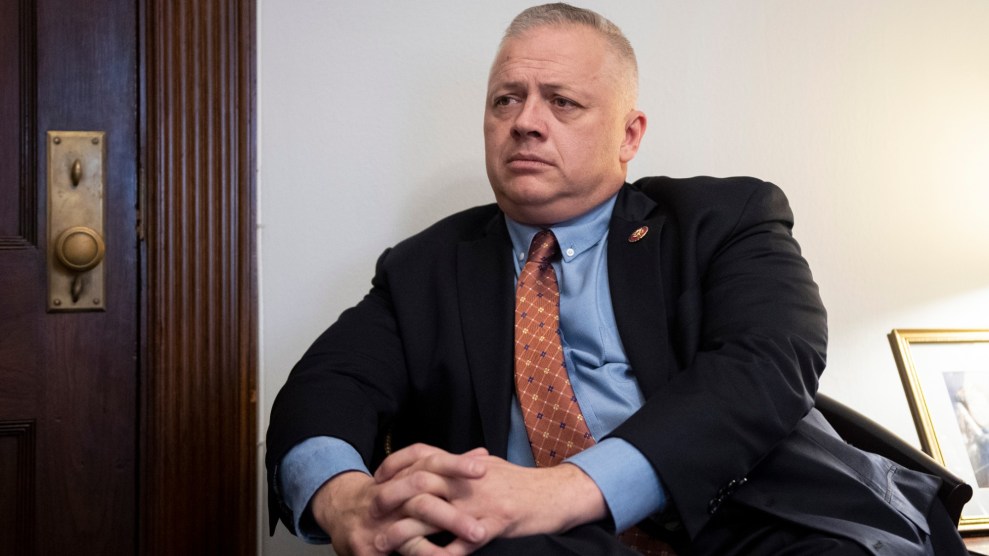 An incumbent Republican member of Congress who officiated a same-sex wedding last year lost his party’s nomination on Saturday. Rep. Denver Riggleman was defeated by Bob Good, who has described himself as a “bright red Biblical and constitutional conservative,” in Virginia’s 5th district, which spans between the state’s northern and southern borders.

Riggleman, whose campaign for renomination was endorsed by President Donald Trump, drew the ire of social conservatives in Virginia after officiating at the wedding of two male, former campaign staffers last year. Local activists subsequently tried to censure him. Party leaders arranged to have the race decided by a drive-thru convention rather than a primary, collecting votes at just one location in a district whose size compares to the state of New Jersey; under 2,500 people participated.

“What does Denver stand for?” Good said during a radio debate last month. “What conservative Republican issue is he strong on?”

Riggleman, who was first elected to Congress in 2018, was perhaps best known for an incident during that race when his Democratic opponent tried to make issue of what she described as her opponent’s “Bigfoot erotica collection.” Now, Democrats see Riggleman’s ouster as a potential positive. The Democratic Congressional Campaign Committee had targeted the district in 2018, and is likely to do so again, reasoning Good’s ultra right-wing views could help create a new opportunity.

But the district, which Trump won by 11 points in 2016, might remain an uphill battle for Democrats, who will select their candidate on June 23. If Good wins the seat, Congress will gain a member who wants to end birthright citizenship, make English the national language, opposes gay marriage, and proposes a total abortion ban with no exceptions.