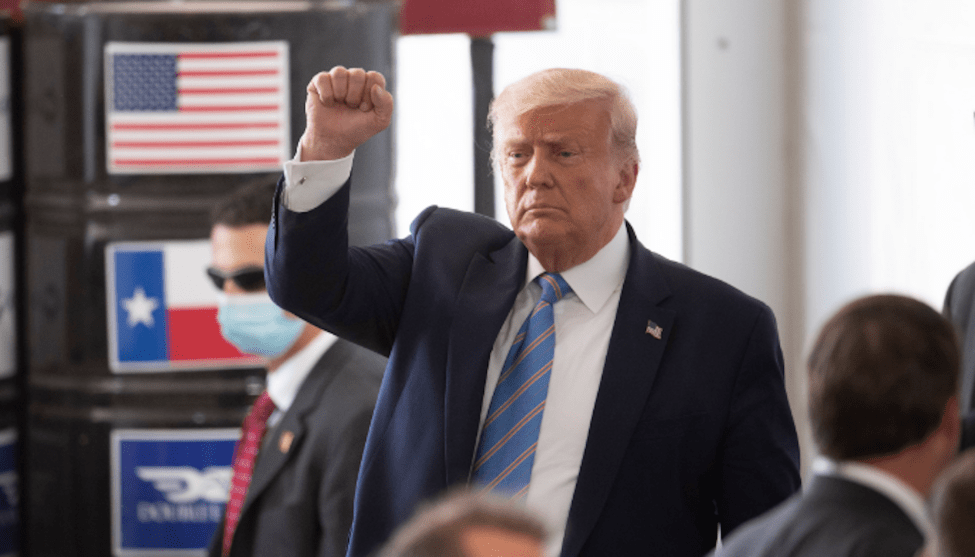 As his poll numbers continue to drop, President Trump on Thursday floated the idea of postponing the November election, now less than 100 days away, falsely claiming that mail-in voting will lead to rampant voter fraud. It would require an act of Congress to delay the election.

With Universal Mail-In Voting (not Absentee Voting, which is good), 2020 will be the most INACCURATE & FRAUDULENT Election in history. It will be a great embarrassment to the USA. Delay the Election until people can properly, securely and safely vote???

It’s the first time Trump has publicly proposed delaying the election. But in many ways, the tweet seems like an inevitable progression from his longstanding attacks against measures designed to expand ballot access, such as widespread absentee and mail-in voting, as states struggle to work out plans for conducting elections during the coronavirus pandemic. Democrats have long warned that Trump would push for a delay. They also worry that the president might refuse to accept defeat if he loses, which he openly hinted at as recently as last week.

“Mark my words: I think he is going to try to kick back the election somehow, come up with some rationale why it can’t be held,” Joe Biden told supporters in April, as Trump continued to promote misleading and false claims about mail-in voting and accused Democrats of trying to “steal the election.”

Trump, in all likelihood, knows that he lacks the legal authority to postpone the election. But in finally saying the quiet part out loud this morning, he could be hoping to distract from the grim news that the US just suffered its biggest drop in GDP on record. Might as well throw some casual voter fraud lies into the mix.