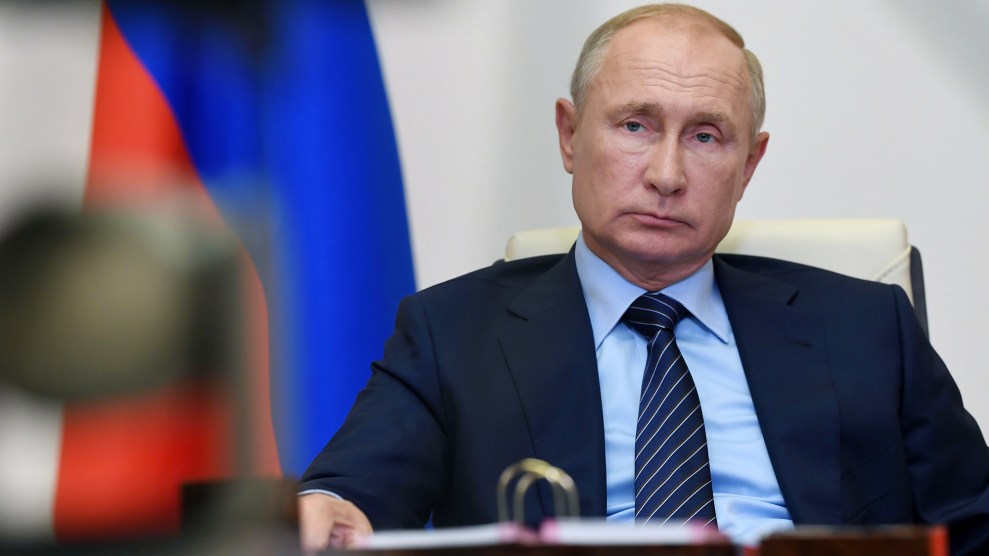 A senior Trump counterintelligence official said on Friday afternoon that Russia “is using a range of measures to primarily denigrate former Vice President Biden” and that “Kremlin-linked actors are also seeking to boost President Trump’s candidacy on social media.”

Despite the assessment of the US intelligence community and several congressional investigations, Trump has always considered any suggestion that Russia aided his 2016 victory as a hoax, and insisted any suggestion that it would do so again in 2020 totally untrue. But the statement by William Evanina, the director of the National Counterintelligence and Security Center, said Russia was already doing just that, describing Russia’s antagonism toward Biden as consistent with its public criticism of his role in US policy regarding Ukraine during the Obama administration, and its support for anti-Putin opposition within Russia.

Evanina said his statement was a follow-up to a more general one issued July 24 about the US intelligence community’s assessment of foreign meddling in the 2020 US elections. Although that statement labeled Russia, China, and Iran as “a direct threat to the fabric of our democracy,” Democrats in Congress complained in a letter that the statement did “not go nearly far enough,” was vague, and sought to downplay Russia’s ongoing meddling.

Evanina’s statement also claimed the Chinese and Iranian governments are engaged in election-related influence efforts. China “prefers that President Trump—whom Beijing sees as unpredictable—does not win reelection,” Evanina said, and the country has been “expanding its influence efforts ahead of November 2020 to shape the policy environment in the United States, pressure political figures it views as opposed to China’s interests, and deflect and counter criticism of China.” The Iranian government, he said, “seeks to undermine US democratic institutions, President Trump, and to divide the country in advance of the 2020 elections,” and will probably work toward those goals by spreading disinformation online.

Sen. Marco Rubio (R-Fla.), the acting chair of the Senate Intelligence Committee, and ranking member Sen. Mark Warner (D-Va.), said Evanina and other intelligence and law enforcement officials had provided additional information and briefings to most members of Congress, and praised him for making Friday’s statement.

“One of the main lessons of 2016…was that one of the best ways to combat such efforts is to share with the voting public as much information about foreign threats to our elections as possible,” the pair said in a statement. “Evanina’s statement today moves us closer to that goal.”