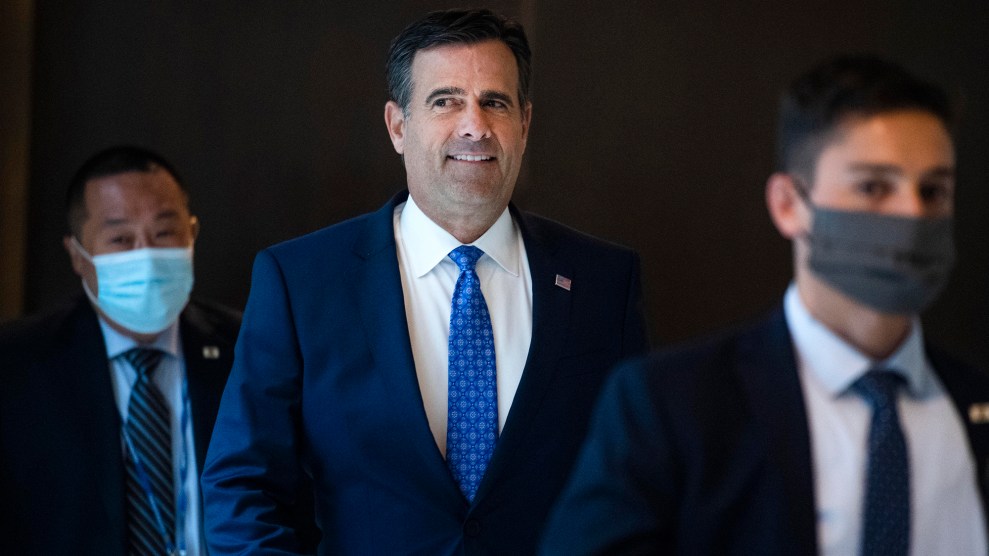 Just hours before President Donald Trump and former Vice President Joe Biden are set to square off in their first debate, John Ratcliffe, Trump’s Director of National Intelligence, has declassified documentation of a theory floated by Russian intelligence. While Ratcliffe explicitly warned that US intelligence could not vouch for the theory’s accuracy, writing that it may “reflect exaggeration or fabrication,” Trump backers, including the president’s son, have already seized upon the Trump-ally’s selective disclosure to spread claims that Hillary Clinton somehow masterminded a plot to pin a “Russia hoax” on her 2016 opponent.

The intelligence had previously been rejected as unreliable.

The claim, contained in a letter from the director of national intelligence to Sen. Lindsey Graham (R-S.C.) and described by Ratcliffe as deriving from US insight into a “Russian intelligence analysis,” alleges that Clinton “approved a campaign plan to stir up a scandal” against Trump in relation to his links to Putin and in light of the DNC having been hacked. If Russia concluded this, they don’t seem to have uncovered anything secret: Clinton’s highlighting of Trump’s ties to Russia, which were a subject of controversy during the campaign, was well known—she did so on the debate stage, as the campaign she directed pressed the case in other venues.

The intelligence had previously been rejected as unreliable by both Republicans and Democrats on the Senate Intelligence Committee, according to Politico. As a Senate aide told Mother Jones, the committe “has known of this stream of intelligence for years and discounted it.” The bipartisan committee extensively reviewed the Russian operation over several years, concluding in an August report that Russia had interfered in the 2016 contest and that the president’s campaign had welcomed such assistance.

Before becoming Trump’s pick to lead the US intelligence community, Ratcliffe served as a Republican member of Congress from Texas where he acted as one of the president’s most ardent defenders during the House’s impeachment hearings. Ratcliffe has a history of spreading false and misleading information about the FBI’s investigations into Trump’s ties to Russia, and of bolstering the president’s claims that Trump has been the victim of a Deep State plot.

Rachel Cohen, the communications director for Sen. Mark Warner (D-Va.), the vice chairmain of the Senate Intelligence Committee, tweeted that Ratcliffe’s letter was “Russian disinformation,” that was “Laundered by the Director of National Intelligence and Chairman of the Senate Judiciary Committee.” In a follow-up statement, Ratcliffe denied the revelation was disinformation, promising more details in a forthcoming congressional briefing.

The letter comes a day before former FBI Director James Comey will testify before the Senate Judiciary Committee, chaired by Graham, which is reviewing the FBI’s investigation of Russian interference in the 2016 election.