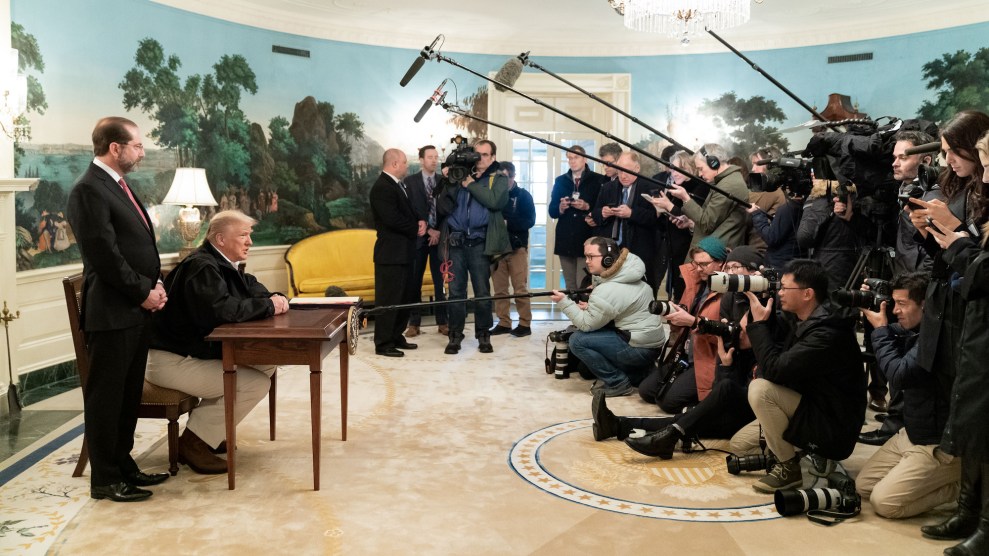 The same day President Donald Trump claimed to have the coronavirus outbreak “very much under control in this country,” his top disaster response official at the Department of Health and Human Services sent an email that should have been the White House’s holy-shit moment.

A New York Times investigation on Saturday reveals how, in late February, the White House’s coronavirus task force had shifted to preparing for the virus’ inevitable spread inside the United States.

Two days after that meeting, a task force member, HHS official Dr. Robert Kadlec, read an alarming email from a researcher at the Georgia Institute of Technology about how asymptomatic cases were helping spread the virus:

A 20-year-old Chinese woman had infected five relatives with the virus even though she never displayed any symptoms herself. The implication was grave — apparently healthy people could be unknowingly spreading the virus — and supported the need to move quickly to mitigation.

“Is this true?!” Dr. Kadlec wrote back to the researcher. “If so we have a huge whole on our screening and quarantine effort,” including a typo where he meant hole. Her response was blunt: “People are carrying the virus everywhere.”

Here’s the full email, per the Times:

Kadlec and others presented Trump with a plan, “Four Steps to Mitigation.”

We know Trump didn’t follow their advice, instead spending the next days and weeks minimizing the coronavirus by claiming the flu was deadlier and attacking Democrats and the media for their supposed politicization of the crisis. While Washington state was battling the worst of its outbreak, Trump called Democratic Gov. Jay Inslee “a nasty person.” Trump said he wanted governors to be “appreciative” of his aid.

On March 10, Trump said, “we’re prepared, and we’re doing a great job with it. And it will go away. Just stay calm. It will go away.”

Now a month later, the United States has reached a grim milestone, passing Italy on Saturday as the world leader in deaths from the virus. More than 20,000 people have died in the country.