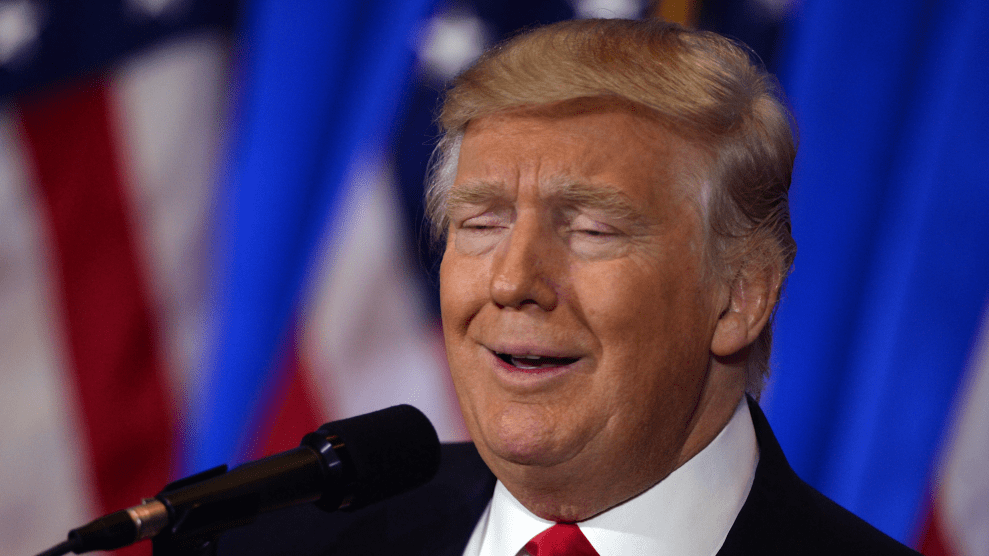 For weeks, President Trump has been touting the anti-malarial medication hydroxychloroquine as a “miracle drug” for treating COVID-19. On Monday, he admitted that he has been taking it prophylactically for a week and a half.

Trump slipped the revelation in at the end of a “roundtable with restaurant executives and industry leaders” in which he railed against the whistleblower who revealed the Trump–Ukraine scandal and defended Secretary of State Mike Pompeo’s alleged habit of having a staffer perform household tasks. (Trump’s justification? “Maybe his wife isn’t there.”) But of all the absurd things Trump said, his purported use of a non-approved drug for an illness he doesn’t have takes the cake.

When asked for evidence of the drug’s efficacy, Trump replied, “Here’s my evidence: I get a lot of positive calls about it.”

The drug, which is used to treat lupus and arthritis, has not been proven to be effective in treating COVID-19, though a clinical trial is underway. In an observational study of hospitalized COVID-19 patients published in the New England Journal of Medicine, researchers found that “hydroxychloroquine administration was not associated with either a greatly lowered or an increased risk of the composite end point of intubation or death” and noted that randomized, controlled trials are still needed. The Food and Drug Administration has warned against its use outside of hospital settings.

I have no words that can prepare you for what you're about to watch. pic.twitter.com/aov2F8DpRs