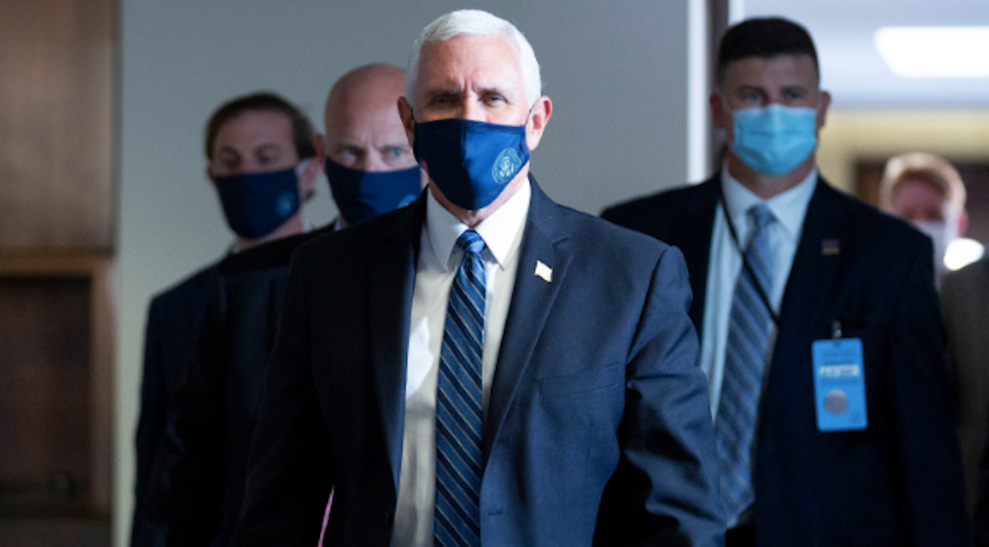 As coronavirus cases soar across the country, Vice President Mike Pence on Friday attempted to take a victory lap.

“We slowed the spread, we flattened the curve, we saved lives,” Pence said during the first coronavirus briefing the White House has held in nearly two months. Pence also praised the “truly remarkable progress” in reopening the country.

But the gulf between that rosy characterization and the current reality facing the country could hardly be starker: More than half of the country is seeing the rapid spread of new cases, some to record highs, as well as increased rates of hospitalizations and deaths. In their most drastic moves since reopening yet, Republican governors in Texas and Florida on Friday abruptly halted additional reopening steps from moving forward as their infection rates shatter previous highs.

While Pence did note the alarming trend during the briefing, where he was joined by other members of the White House’s coronavirus task force, including Dr. Anthony Fauci and Dr. Deborah Birx, he insisted that the country was in a “much better place” than it was two months ago. He also repeated Trump’s misguided claim that expanded testing was solely to blame for the new surges—as if counting the cases caused them—even as health officials warn that removing social distancing measures has been the primary source fueling the current surge in cases.

Birx effectively refuted that talking point on Friday with a graph that showed positive rates in Texas had declined in May even as testing increased. “It was in the last two and a half weeks that we saw this inflection of rising test positivity along with rising testing,” Birx said.

But the chances of the President and his White House acolytes abandoning the claim, even as some administration aides refute it, remain slim as Trump appears to be undeterred in blaming testing for making him look bad.