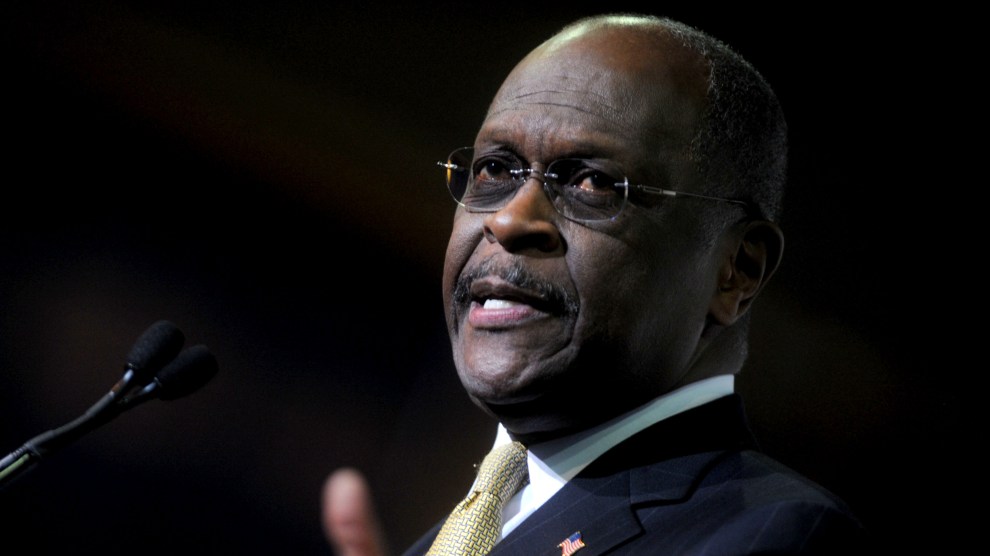 Herman Cain—the businessman, Tea Party conservative, and 2012 Republican presidential candidate—has died of complications from COVID-19 at the age of 74.

Cain had appeared without a mask at President Trump’s June 20 rally in Tulsa, though it is not known where and when he contracted the coronavirus. He tested positive for the virus on June 29 and had been hospitalized since July 1, according to a message posted on his Twitter account.

Cain was a successful businessman who helped boost sales at Burger King and Godfather’s Pizza in the 1980s. His other roles included chairman of the Federal Reserve Bank of Kansas City and economic adviser for Bob Dole’s 1996 presidential campaign.

Cain gained prominence in the race for the 2012 GOP nomination with his proposed “9–9–9 Plan,” which suggested replacing the existing tax structure with a 9 percent personal income tax, 9 percent federal sales tax, and 9 percent corporate tax. He withdrew from the race in December 2011 after several women accused him of sexual misconduct. (He denied the allegations.)

Cain was a staunch supporter of President Trump and co-chaired Black Voices for Trump. In 2019, Trump attempted to nominate him for a seat on the Federal Reserve Board, but Cain withdrew his name from the nomination pool amid resistance from Congress—and after learning that he would have to give up most of his business interests.