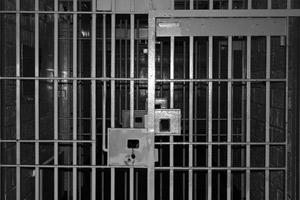 Among the grotesque realities of modern American life is the exponential rise of geriatric prisoners–men and women in their 60s, 70s, 80s, and even 90s, who committed crimes decades ago, are feeble and ill, yet remain incarcerated not only as a punitive measure, but on the premise that they are a threat to society. Many of these inmates want to get out of prison only so they can die in what many call the “free world.”

People age faster behind bars than they do on the outside: Studies have shown that prisoners in their 50s are on average physiologically 10 to 15 years older than their chronological age, so 55 is old in prison. And even by conventional standards, the United States is experiencing an exponential jump in the number of old people in prison. The causes of this increase go beyond the graying of the population at large: Long mandatory sentences without parole mean that offenders who enter prison while still in their teens or twenties may remain there until they are old–if they don’t die first.

The problem is most acute in states like California, Texas, and Florida, which have large prison systems and strict and harsh sentencing laws. In California, the population of prisoners over 55 doubled in the ten years from 1997 to 2006. This contributes to the overcrowding that has reached crisis proportions. It also yields a sense of utter hopelessness within prison walls. At the Louisiana State Penitentiary in Angola, some 85 to 90 percent of the men who pass through the prison gates will never leave. Angola has its own hospice, mortuary, and graveyard.

Older offenders are of course more likely to suffer from serious medical conditions, and unlikely to receive the care they require. Old people in any institutional setting may find that their health complaints are not taken seriously, due to some combination of dismissive attitudes and cost-cutting. In prison, such factors apply in the extreme. When I spoke with health care providers working in one Southern prison, they described how a diabetic man’s illness was misdiagnosed by the prison, resulting in months of excruciating pain and the amputation of toes and part of one foot. Back in prison, the man asked for prosthetic shoes so he could get around by walking; his request was denied. Another man complained of an earache for months. He was given drops, but the pain persisted. Eventually he was sent to a local hospital emergency room, where doctors discovered the earache was in fact brain cancer, which might have been treated if discovered back when he first complained. Now he is terminal.

Brie Williams of the University of California Medical School at San Francisco and Rita Abraldes, an independent researcher, recently completed a study that was published as a chapter in the book Growing Older: Challenges of Prison and Reentry for the Aging Population. They found that the cost for each geriatric inmate came to $70,000 a year. In addition to the chronic diseases that increase with age, these offenders have have problems such as paraplegia because of gunshot wounds, and advanced liver disease, renal disease, hepatitis and HIV from drug and alcohol abuse. Living under prison conditions, they are more likely to get pneumonia and flu.

Many older offenders suffer from serious mental illness–some of it lifelong, and some of it produced by their incarceration. One study revealed depression among male prisoners was 50 percent higher than for those living outside. All in all, 54 percent of older prisoners met standards for psychiatric disorders. Williams and Abraldes write, “In one report from a maximum-security hospital, 75 percent of elderly prisoners were admitted between age 20 and 30 and the majority were schizophrenic.” At Angola, the warden reported that 2,000 of over 5,000 inmates were on psychotropic drugs. Many mentally ill prisoners are simply warehoused and fed drugs to keep them under control. Even worse, some are labeled “discipline” problems, and end up in solitary confinement.

Jonathan Turley, a George Washington University law professor and founder of the Project for Older Prisoners, has written extensively about alternatives for aging offenders: for lower risk prisoners, various forms of supervised release, including electronic bracelet monitoring; and for higher risk prisoners, geriatric units, where the cost of better care could be more than balanced by reducing the number of corrections officers. “Although a geriatric prisoner may still be a risk for a given category of crime,” Turley writes, “he is unlikely to toss his walker over a razor-wire fence or outrun perimeter guards.”

In 2008, the federal government finally launced the Elderly Offender Home Detention Pilot Program, under which old prisoners can be released into a kind of supervised house arrest. As outlined by Families Against Mandatory Mimimums, eligibility guidelines are strict: Offenders must be over 65, and must have served at least 10 years and 75 percent of their sentences; no lifers and no perpetrators of “crimes of violence,” including sex crimes and firearms violations. Total number expected to participate: 80 to 100 nationwide, out of a total federal prison population of over 200,000. In Pennsylvania, after a lengthy study conducted by a special Advisory Committee on Geriatric and Seriously Ill Inmates, the state also launched a pilot project. Total prisoners released in one year: eight to ten.