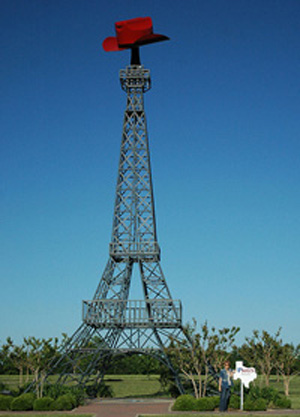 Via the Texas Observer, this may be the feel-bad story of the day. Late last month, the Equal Employment Opportunity Commission charged a Paris, Texas, metal pipe factory with fostering a culture of Klan-era workplace intimidation (pdf), regularly harassing African-American workers with “unwelcome racial slurs, comments and intimidation, racial graffiti, nooses in the workplace and other symbols of discrimination.” As one employee told the Dallas Morning News:

“I’ve been called colored boy, coon, monkey,” said Dontrail Mathis, 33, a painter’s helper at the plant in Paris who began highlighting racist conditions in December 2006. “When Obama won, they went off. My superiors said ‘If he ain’t white, it ain’t right.’

“I saw nooses, swastikas on the wall,” said Mathis, a father of three. “It was horrible.”

When black employees—and a few white ones—approached management with their complaints, they were fired or ignored.

Turner Industries, the Baton Rouge-based corporation that owns the pipe manufacturing plant, issued a terse, nothing-to-see-here letter to workers denying any wrong-doing. At least one other employee at the Paris factory, meanwhile, has decided on his own to help silence the whistleblowers. The Observer‘s Forrest Wilder obtained this handwritten threat received by a white worker who’d assisted the EEOC:

“We know where you live you and your family over on 30th…Eather[sic] drop your case or we’ll show you about race trading you f—– n—– lover.”

I certainly don’t think this case represents the state of race relations in the United States, but this kind of deep-seated hatred doesn’t generate spontaneously. As one Dallas civil rights leader put it: “East Texas is Mississippi 50 years ago.” Events like those at last summer’s White House “Beer Summit” can kind of trivialize things, but there really is a wealth of hard evidence that racism is pretty widespread in 2010, for all the progress we’ve made.