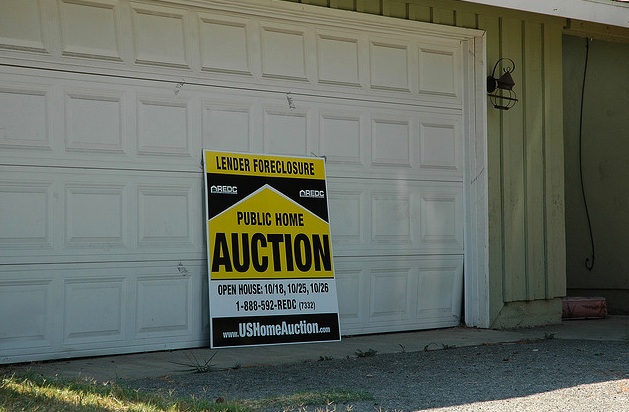 Earlier this week, I reported on the brewing controversy surrounding multi-billion-dollar mortgage company GMAC, a subsidiary of Ally Financial, and its attempts to fix dubious paperwork the company used to foreclose on homeowners in 23 states. On September 17, GMAC surprised the industry by ordering a halt to foreclosure evictions and sales while it dealt with “technical” and non-factual errors in its court filings. Foreclosure defense attorneys and legal experts, however, said the practices GMAC was trying to remedy were industry-wide, and that the company’s admission cast doubt on the validity of possibly millions of foreclosures that used similarly questionable paperwork.

Today, Bloomberg News reports that the Iowa and Texas attorneys general have opened investigations into GMAC’s mortgage practices. “The integrity of the foreclosure process is of utmost importance, and we are very concerned by the issues that have been raised regarding Ally Financial’s treatment of affidavits,” Iowa assistant attorney general Patrick Madigan told Bloomberg.

No doubt, the two states’ probes will examine the use of “robo signers” at GMAC. As I noted on Tuesday:

In recent years, as the number of foreclosures on banks’ books mounted, some came to rely on what critics call “robo signers”—employees whose job it is to sign countless documents to keep the foreclosure process chugging along. (The attitude here is similar to that of the assembly line-like law firms litigating foreclosures for banks, often called “foreclosure mills,” which Mother Jones has extensively reported on.) That would include people like GMAC’s [Jeffrey] Stephan. But attorneys representing homeowners and other advocates question the validity of foreclosures that rely on documents executed by robo signers. If they execute 18,000 cases a month, as Chase Home Finance employee Beth Cottrell described in a May deposition, then there’s no way bank employees who sign off can have personal knowledge of every document, critics argue. As Palm Beach, Florida-based defense attorney Margery Golant says, “They don’t have any personal knowledge of this stuff. They’ve made a mockery out of the legal system.”

The problem with this assembly-line approach is that it subverts federal civil rules of procedure, which say officials signing off on affidavits used in court must have “personal knowledge” of the information in those documents and must be willing to defend the documents’ contents in court. But when asked in a June deposition, “Other than the due date and the balances due, is it correct that you do not know whether any other part of the affidavit that you sign is true?” GMAC employee Jeffrey Stephan, who was tasked with signing off on thousands of documents each month, replied, “That could be correct.”

While somewhat late to the party, federal prosecutors are now diving headlong in the foreclosure morass. In addition to the Iowa and Texas AG’s investigations, Florida attorney general Bill McCollum has two investigations into some other big players in the foreclosure world: the deep-pocketed powerful law firms who litigate foreclosures for the banks, also known as “foreclosure mills.” McCollum’s economic crimes division is probing four Florida law firms—Florida Default Law Group, Shapiro and Fishman, the Law Offices of Marshall Watson, and the Law Offices of David J. Stern, the latter the focus of an investigative story of mine in August.

With subpoena power and public ire at their backs, state investigators will surely turn up some fascinating nuggets in the coming months. And what they turn up, you can bet, won’t be pretty.