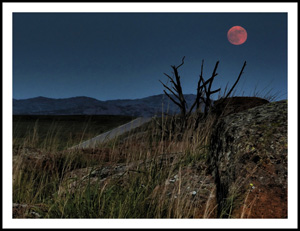 Native American crime statistics are notoriously scattered or simply non-existent, so luckily for me, Mac McClelland, a former fact-checker, neatly annotated her investigative steps behind this issue’s “A Fistful of Dollars.” The stirring piece highlights Indian Country’s fragmented justice system and the services offered by a Pawnee man, who is routinely hired to avenge crimes that have gone unpunished. Melissa Tatum, research law professor and associate director of the University of Arizona Indigenous Peoples Law & Policy Program, explained to me that many available stats are based on national surveys, which fail to carve out the realities of the Indian demographics.

Currently, tribes have little penalizing authority, and most crimes just go unpunished. And though Tatum confirms the federal government’s efforts to make culturally sensitive legislation (as seen in the recently penned Tribal Law and Order Act (TLOA) [PDF], she foresees a problem in trying to make a one-size-fits-all policy for Indian nations. She explains that tribes vary in geography, history and culture, and therefore, crime problems. To complicate matters, she says there are varying degrees of cultural retention among tribes which affects their justice systems similarly.

“The federal government needs to look to each tribe and each geographic area [and let them] decide for themselves what is appropriate,” Tatum explains. “It’s listening to each tribe and each culture about what would work for them. And realizing that there’s not going to be an ability to find one nationwide solution, but there’s going to have to [be] flexibility.” Tatum believes the TLOA has potential to fill some of the data gaps and could work to prove Indians’ competence to maintain law and order in their own communities, because it seeks to standardize crime-gathering in Indian Country, and encourages data-sharing within the tangled maze of bureaucracies that oversee tribal lands [pdf]. So, if nothing else, at least it could create some reliable data set so tribal, and federal, authorities know what they’re dealing with.