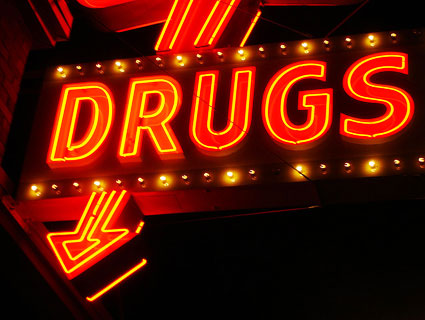 On Monday morning, the Supreme Court announced that it will consider the constitutionality of the Obama health care reform law this term, guaranteeing a decision on the landmark legislation by the end of June, right in the middle of the 2012 election campaign. The administration seems fairly confident that the court won’t, in fact, overturn the law. It has asked for an expedited review of the legal challenges, and, like the law’s opponents, it has pressed the court to settle the matter as soon as possible so states can move forward with implementing the law.

“We know the Affordable Care Act is constitutional and are confident the Supreme Court will agree,” White House communications director Dan Pfeiffer said in a statement Monday morning. The administration has good reason to be optimistic—and if the law is eventually upheld, the Obama team might owe a thank you to a surprising group of people: pot smokers. Here’s why.

In both the DC Circuit and the 6th Circuit, the two appellate courts that have upheld the health care law, judges relied heavily on a 2005 Supreme Court ruling in Gonzalez v. Raich—a medical marijuana case. That case involved a California woman named Diane Monson who’d been growing marijuana in her backyard for medicinal reasons. (Monson was joined in the case by Angel Raich, a woman who’d also had her medicinal marijuana seized by federal agents.) The DEA swooped in one day and destroyed her plants, even though medical marijuana use in California is legal under state law. The high court found that the Commerce Clause gave Congress wide authority to regulate interstate commerce, even when that commerce takes place mostly in someone’s backyard.

Monson had claimed the DEA’s action was unconstitutional and a violation of the Commerce Clause because federal agents were moving to prohibit noncommercial, intrastate cultivation of a plant intended for personal consumption. The pot wasn’t crossing state lines—it wasn’t even being sold at all. That, the plaintiffs believed, made the weed beyond the reach of the feds.

The Supreme Court would have none of it. In a 6 to 3 decision, the court held that Congress could regulate backyard pot cultivation because it still constituted part of a very large, interstate market. It’s hard to see how the individual mandate doesn’t square with that view of the law, given how enormous the national health care market is. Sixth Circuit Judge Jeffery Sutton, a George W. Bush nominee and a former clerk for Supreme Court Justice Antonin Scalia, wrote, “If Congress could regulate Angel Raich when she grew marijuana on her property for self-consumption, it is difficult to say Congress may not regulate the 50 million Americans who self-finance their medical care.”

Much of the fate of the health care law will rest on how much Sutton’s former boss and fellow states’ rights advocate decides to abide by his own ruling in the Raich case. Scalia was in the majority in that decision, writing in a concurrence, “Where necessary to make a regulation of interstate commerce effective, Congress may regulate even those intrastate activities that do not themselves substantially affect interstate commerce.”

It’s this sort of history that has the Constitutional Accountability Center’s chief counsel Elizabeth Wydra saying, “Observers should note the very real possibility that the tea party’s basic constitutional vision could be rejected by the Supreme Court—particularly its most conservative members—which could deal a devastating blow to tea partiers’ ability to have their constitutional theories taken seriously by the American public in the future.”

Of course, those pinning their hopes on Scalia being consistent when it comes to the health care law might want to lower their expectations a little. After all, Scalia was also in the majority in Bush v. Gore, when the court threw states’ rights to the wind in order to stop the Florida recount and essentially award the 2000 presidential election to George W. Bush. Despite the recent string of victories for the administration in the appellate courts, the health care reform decision is likely to be a lot more about politics than the Constitution.