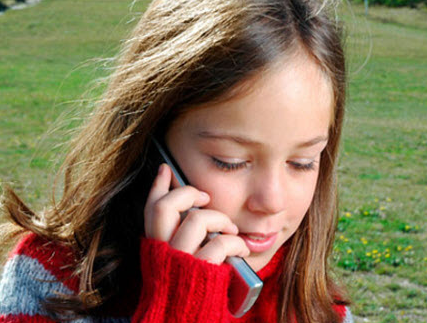 A new study released Monday suggests that many, and perhaps most, 911 emergency calls made on cellphones do not include accurate location data. More than half of cellphone 911 calls in the California-focused study—and over 80 percent of those in San Francisco—failed to transmit the caller’s address, according to the report, which was compiled by the California Chapter of the National Emergency Number Association (CALNENA). That’s bad news: In emergencies, it’s crucial that responders automatically receive accurate location information in case a victim is lost, passes out, doesn’t speak English, or is otherwise incapacitated.

According to the Federal Communications Commission, 70 percent of 911 calls are placed on cellphones, and that number is growing. When 911 calls are made on land lines, location data is transmitted to a dispatch center using the same system phone companies use to determine how much to charge for long-distance calls. But cellphone companies have to contend with loss of coverage in rural areas and increasingly, inside high rises.

CALNENA, which advocates on behalf of California emergency dispatchers, looked at millions of 911 calls made in five geographic areas in California—Bakersfield, Pasadena, San Francisco, San Jose, and Ventura County—and found that accurate transmission of location data has been steadily declining since 2008. It also found that certain carriers performed better than others: In January 2008, AT&T was sending location data on 92 percent of calls, a percentage that dropped to 31 percent by December 2012, according to the report. T-Mobile’s coverage dropped from 47 percent to 19 percent in the same time period, and a spokesperson for the company told the Los Angeles Times that the company was reviewing the report. Verizon and Sprint are getting slightly better at finding 911 callers, with Verizon sending accurate location data 57 percent of the time in late 2012.

“This is a serious public safety concern and a significant stress on our public safety assets, both the dispatchers and first responders who have to spend considerable time obtaining the location of wireless 911 callers,” wrote CALNENA president Danita Crombach in a letter sent yesterday to the FCC. “Lives are at stake.”

The CALNENA study only looked at California—but as our recent investigation into the failure of 911 computer system shows, when one city is having life-threatening problems with its emergency equipment, other cities often have similar problems. That’s likely the case here: Last month in New York City, it took emergency responders nearly eight hours to track down a stroke victim who called 911 but was unable to say her address. The only information rescuers had was the location of the nearest cellphone tower.