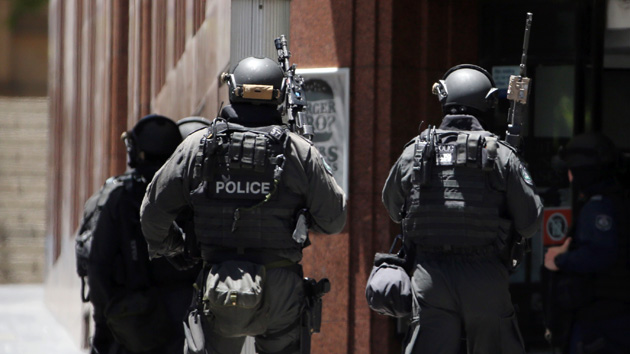 Armed police close to a cafe under siege at Martin Place, in the central business district of Sydney, Australia, Monday, Dec. 15, 2014. Rob Griffith/AP

An armed assailant is holding an unconfirmed number of hostages in a cafe in downtown Sydney. Police have evacuated the area and are locking down a pedestrian thoroughfare, Martin Place. Here is a partial list of people and organizations you can follow on Twitter to stay up-to-date on the ongoing hostage crisis: