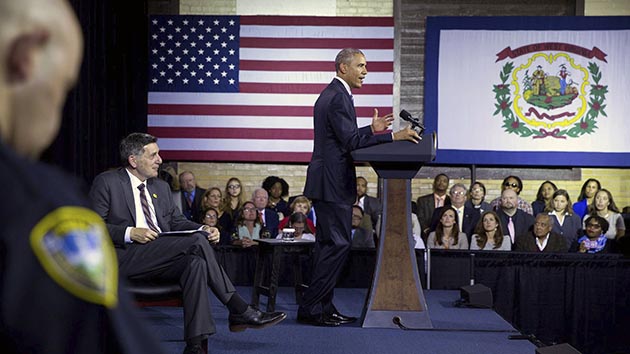 Last week, President Barack Obama traveled to West Virginia, a state that leads the nation in the number of fatal drug overdoses, to announce a new federal program aimed at tackling the country’s growing opiate epidemic.

That same day, a West Virginia man was so moved by the president’s speech, WSAZ reports, that he called 911 to seek help and turn in a “cooler full of drugs.” The cooler reportedly included marijuana, 19 grams of ecstasy, and more than 150 pain killers.

He told authorities he had been watching Obama’s announcement and hoped to become sober for his mother. No charges were filed.

“We applaud this person’s self-initiated efforts and wish him well in his recovery,” a police statement read.

The man, whose name has not been released, was taken to get medical treatment. He chose to enter a rehabilitation center.

For more on the opiate crisis in West Virginia and the president’s speech, head to our previous coverage here.