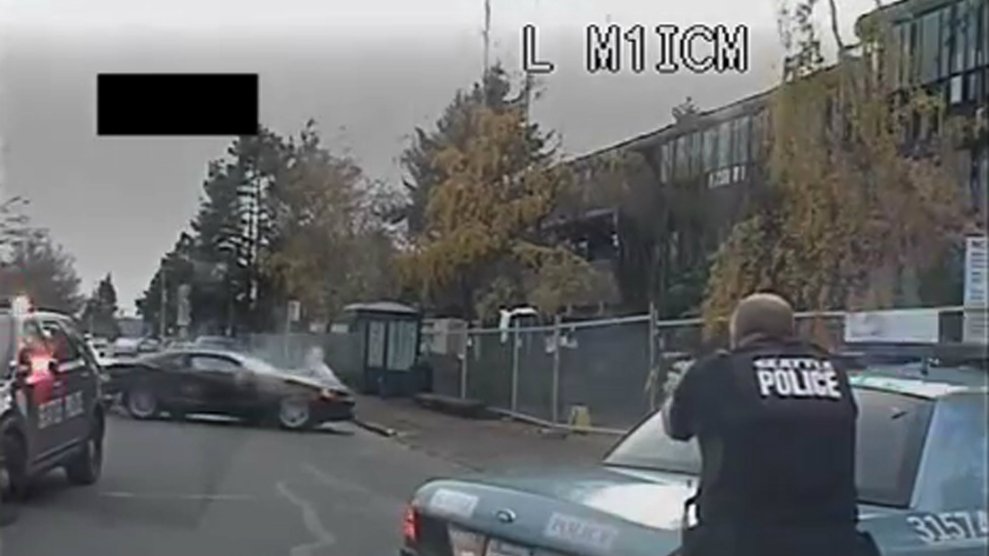 Late last week, after years of gridlock, the Washington state legislature passed, and Gov. Jay Inslee signed into law, a pair of bills that make it easier for prosecutors to charge police officers involved in fatal on-duty shootings.

It was only the second time since August 2014—when mass protests in Ferguson, Missouri, energized the Black Lives Matter movement—that a state has changed its deadly force standards to make it easier to bring charges.

The new legislation eliminates from Washington’s deadly force law a clause police reform advocates say gave officers near-immunity. The clause, unique to that state, stipulated that an officer could be found criminally liable for killing a suspect only if he or she acted with “malice.”

Now a “prosecutor has the ability to bring criminal charges and there isn’t some sort of all-purpose immunity.”

Prosecutors have cited the malice clause as an obstacle to bringing charges in excessive-force cases. In an interview with the Olympian, Thurston County chief prosecutor John Tunheim explained that the legal concept of malice applies to murder but not to lesser crimes such as manslaughter. Therefore, the application of the malice standard to the criminal liability of police left him unable to bring lesser charges against an officer who had acted with recklessness or negligence but not necessarily with evil intent.

Under the revised state law, prosecutors must show that the defendant behaved in a way a “reasonable officer” would not have in a similar situation. The change brings Washington’s deadly force law more in line with those of other states.

The legislation was the culmination of years of debate. Last December, Organizers with De-Escalate Washington—a coalition of police reform advocates energized by a continuing string of high-profile police shooting incidents—presented a version of the changes to the state legislature. The legislature was not expected to act on it. Yet inaction would have set the stage for a ballot initiative—and a fierce battle between community groups and law enforcement interests. So a coalition of groups, including the Fraternal Order of Police, hammered out a compromise for lawmakers to consider.

The package also mandates more hours of police training on de-escalation and crisis intervention, and requires officers to provide first aid to injured suspects at the earliest possible opportunity. Officers’ failure to provide immediate first aid has been a point of contention in numerous police shootings, including that of Tamir Rice in 2014 and Philando Castile in 2016.

A 2013 Seattle Times review of 213 fatal police shooting incidents in Washington state from 2005 through 2014 found that only one officer faced charges. Nationally, prosecutions of officers for on-duty shootings remain rare. A 2015 analysis of thousands of fatal police shootings since 2005 by the Washington Post found that just 54 officers were charged with a crime. (For more on this, see our feature story, “What Does It Take to Convict a Cop?”)

Prosecutors note that the new law will give them better options, but caution people not to expect a surge in prosecutions of police. Lisa Daugaard, an organizer with De-Escalate Washington who is also director of the Public Defender Association, a Washington nonprofit working toward criminal justice reform, says the organizers get this. “We understand that there’s no guarantee that anyone will be prosecuted under this law. It just removes the excuse for not actually taking that question on at face value,” she says. “Did the officer’s actions constitute a crime? If so, the prosecutor has the ability to bring criminal charges and there isn’t some sort of all-purpose immunity that drops down and says ‘Okay, but there’s actually no way to move this ahead.'”

In 2017, following all the unrest in Ferguson, Missouri placed restrictions on when police may use deadly force: Previously, an officer who believed a suspect had either committed or attempted to commit any felony, regardless of whether the act could cause physical harm, could be justified in using deadly force. Now the felony offense in question must involve “the infliction or threatened infliction of serious physical injury.”