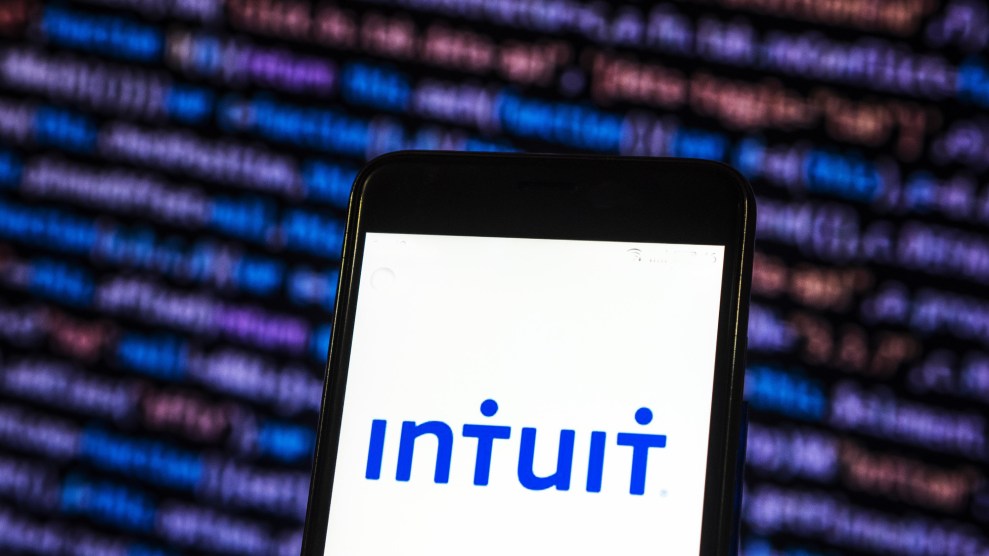 This story was originally published by ProPublica, a nonprofit newsroom that investigates abuses of power. Sign up for ProPublica’s Big Story newsletter to receive stories like this one in your inbox as soon as they are published.

On Dec. 30, the IRS announced it was revamping a long-standing agreement with the online tax preparation industry in which companies offer free filing to people with incomes below certain levels, a category that includes 70% of filers. The change in what’s known as the Free File program came in the wake of multiple ProPublica articles that revealed how the companies in the program steered customers eligible for free filing to their paid offerings. Under the updated agreement, the companies are now prohibited from hiding their Free File webpages from Google searches, and the IRS was allowed to create its own online tax-filing system.

So far, it seems, the companies are abiding by their promise to make their Free File webpages visible in online searches. But the updated agreement appears to have a loophole: It doesn’t apply to advertising. Nothing in it, the agreement states, “limits or changes the rights” of participating companies to advertise “as if they were not participating in the Free File program.”

As a result, companies like Intuit, whose TurboTax is the top tax prep software, continue to confuse some customers who seek free tax prep into paying. Today, Google searches for “free tax filing” and other similar phrases still yield ads for a plethora of products such as TurboTax’s “Free Edition” (its ads promise “100% Free Tax Filing”), which lead customers to pay fees if they don’t have simple returns. TurboTax’s version of Free File—the one that doesn’t charge customers anything—typically won’t appear until the second page of search results.

Intuit increased its monthly online ad spending noticeably between January 2019 and January 2020, according to search analytics firm Ahrefs. Intuit places its ads strategically in searches for “IRS” and “free file,” among thousands of related search terms. (Ahrefs makes estimates based on search data; it doesn’t purport to capture exact numbers but rather to track the general magnitude and direction of the spending.) Ahrefs and a second search analysis firm, SEMRush, say TurboTax spends more on digital ads than competitors TaxAct, TaxSlayer and H&R Block combined.

Intuit does not advertise its Free File offering on Google, according to SEMRush and Ahrefs.

Google’s algorithms are both secret and complicated, so SEO experts can’t say for certain why one link appears above another one. But there are many common SEO tactics that TurboTax can use to ensure its Free Edition appears above the Free File program. “My belief is that you can control a lot [with SEO] within reason,” Drysdale said. “Using technical innovations in Google and understanding user behavior, you can see tremendous results from it.” Intuit, she added, doesn’t “have to do a lot” because it’s “such a large player in the field.”

An Intuit spokesman, Rick Heineman, said the SEO and advertising estimates cited in this article “are not nearly accurate.” He added, “Rather than trying to hide Free File as ProPublica has inaccurately claimed, last year TurboTax did more than anyone else to promote it. … Intuit has for two decades provided free tax preparation and has helped taxpayers file more completely free tax returns than all other tax prep software companies combined, including 13 million totally free returns last year alone.”

Google’s policy bars misrepresentation in ads. It states that advertisers must “clearly and conspicuously disclose the … full expense that a user will bear.” According to a Google spokesperson, TurboTax’s ads do not violate its terms. The spokesperson said Google requires advertisers to disclose “criteria for any free offers.” TurboTax discloses that Free Edition applies only to “simple tax returns” on its landing page.

For its part, the IRS launched its own online ad campaign last month to promote the agency’s Free File website, according to data from SEMRush and Ahrefs. But according to Ahrefs’ estimate, Intuit spent four times as much driving traffic to Free Edition as the IRS spent plugging Free File. (An IRS spokesperson said that the agency doesn’t comment on ad campaigns and that it’s “too early in the filing season to make any assessments or draw any meaningful conclusions on early filing season data.”)

Whether it’s a question of advertising or SEO, the result seems to be that some low-income taxpayers who qualify to file for free are still paying for TurboTax this tax season — even after the change in the agreement with the IRS. Lyle Hill, a warehouse worker in Georgia with an adjusted gross income of $10,390 last year, said he was looking to file his taxes for free, but he got confused and ended up paying $120 to file his federal and state taxes through Free Edition. Intuit, he added, declined to refund his fees when he subsequently told the company he’d been steered into a paid option when he’d wanted the free one. Alvyn Velazquez, a student in New York, recounted a similar journey that ended with him paying $120 after going through the Free Edition portal.

Max Miller, an Arkansan who was self-employed in 2019, also encountered difficulties. Miller said he had sought free filing for four years in a row and each time ended up paying TurboTax for Free Edition. After reading ProPublica’s reporting last year, Miller intentionally searched for the Free File program in January—and he still struggled to find it online. “Even when I was looking for Free File,” he said, “it still wasn’t coming up.”

Alongside its online ad campaign, Intuit also has three active, national television advertisements for Free Edition that have aired more than 12,000 times since premiering in January 2019, according to metrics from iSpot.tv, a company that tracks TV advertisements. And on Facebook and Instagram, there are more than 500 active advertisements that mention the word “free” and redirect users to download the TurboTax app—in which users cannot access Free File—and to the Free Edition landing page.

An audit released on Feb. 3 by the Treasury Inspector General for Tax Administration found that last year, 14 million people who qualified for Free File instead paid what ProPublica estimated could amount to about $1 billion in tax prep services to various companies.