Warm-blooded bluefins, which can weigh 1,500 punds, are one of the largest bony fish swimming the seas. The Atlantic bluefin population has fallen by more than 80 percent since the 1970s; Pacific stocks are also dwindling. 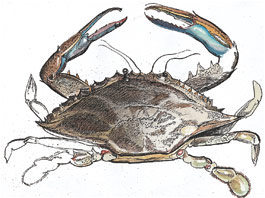 Blue Crab
Since Chesapeake Bay harvests are half of what they were a decade ago, at least 70 percent of crabmeat products sold in the United States now contain foreign crabs. 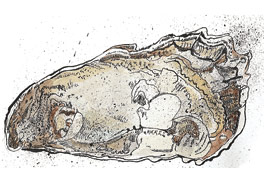 Eastern Oyster
Ships in the Chesapeake Bay once had to steer around massive oyster reefs. Poor water quality, exotic parasites, and habitat destruction have reduced the Chesapeake oyster stock to 1 percent of its historic level.

Blue Marlin
Since longlines replaced harpoons in the early 1960s, the Atlantic blue marlin has been driven toward extinction. A quarter of all blue marlin snared by longlines are dead by the time they reach the boat.

Atlantic Swordfish
Another victim of long-lining, swordfish can grow to 1,000 pounds. But by 1995, the average fish landed weighed only 90 pounds, and most were killed before they could spawn. Better management has led to something of a rebound. 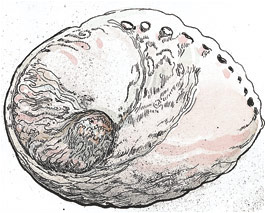 White Abalone
Slow-moving bottom dwellers, abalone rely on proximity to spawn. As over-harvesting led to density losses, the abalone population declined by 99 percent. By 2004, only some 6,000 were thought to exist.

Atlantic Halibut
Taking 10 years to mature, halibut are vulnerable to overfishing. Even though restrictions have been in place for decades, the halibut population is still less than 10 percent of what it was in the 1950s.

Atlantic Cod
Until the 1950s, cod was among the most plentiful fish on the eastern seaboard, but overfishing following the collapse of the halibut fishery has caused stocks to dwindle by 90 percent.