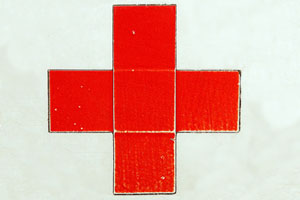 This story first appeared at Alternet

Ten years after the notorious Michigan doctor was ultimately jailed for killing a patient—one of 130 he helped die through lethal injection—Philip Nitschke, a new renegade physician, is spreading the gospel of assisted suicide—and he’s coming to the United States next month.

Nitschke is the 61-year-old Australian founder and director of the pro-assisted-suicide organization, Exit International. (Motto: “A Peaceful Death Is Everybody’s Right.”)

Based in Melbourne, Australia, the vocal advocacy group has gone beyond the legislative projects of other right-to-die organizations, who want to decriminalize euthanasia, to develop an array of educational tools for people considering ending their lives on their own terms.

These include public meetings (“free and open to all”), “ExiTutorials” (formerly called “Workshops”), private home visits, and, most recently, an “Exit kit,” which is best described as a do-it-yourself lab test for people who wish to commit suicide but want to make sure they do it right.

The battle over health care reform may be raging too intensely for Americans to notice right now. But while end-of-life questions are distorted into wild and ominous claims that “death panels” will “pull the plug on Grandma,” elsewhere in the world, from Australia to Canada, the right-to-die debate is heating up.

It’s not the same debate it used to be. Reuters reported this spring: “It used to be an issue just for the terminally ill. Now, as populations around the world age, governments are increasingly being confronted with the taboo idea of dying as something people can volunteer to do.”

At $50 a pop, the Exit kit was developed to help people who have already procured lethal drugs—specifically, the barbituate Nembutal, which is sold over the counter in Mexico—to ensure that they are still potent enough to kill after spending time in storage.

Time magazine explained earlier this year: “When someone with a terminal illness decides to end his or her life by overdosing on barbiturates, they may hope the drugs will lull them into a peaceful and permanent sleep. But if the drugs have passed their expiration date or lack a sufficiently lethal concentration, the would-be suicide victim may actually survive—risking an array of complications, including coma, reduced physical functioning and the opprobrium of disapproving friends and family.”

“Now, in an effort to provide certainty to those contemplating suicide, one of the world’s leading euthanasia advocates plans to sell barbiturate-testing kits to confirm that deadly drug cocktails are, in fact, deadly.”

Exit International also sells a book ($35) called The Peaceful Pill Handbook, a sort of suicide tutorial that, in addition to defending suicide as a legitimate choice that can be made by lucid people (whether they are terminally ill or simply “tired of life”), provides readers with eight ways to kill themselves. (The group boasts a research-and-development arm, which is focused on coming up with “various end-of-life approaches that are reliable, peaceful and dignified.”)

Some of these methods are spotlighted on Exit International’s Web site through an assortment of (admittedly weird and, really, pretty creepy) instructional videos featuring a grandmotherly “nurse educator” named Betty, who gives short, cheerful lessons on the finer points of suicide, all to a jaunty instrumental soundtrack.

(In one, titled “Doing It With Betty,” she shows you how to make an “Exit Bag,” which consists of a plastic oven bag with a drawstring. “What I usually do is just reinforce with two piece of tape …” she says, as if death by self-asphyxiation is a hobby of hers.)

The videos carry the disclaimer: “This Material Is Not Suitable for Children or Anybody Suffering From Depression or Mental Illness.”

In March, the Australian government, which has banned The Peaceful Pill Handbook, also banned two of the “Betty” videos, prompting an angry response from Betty.

“My generation has lived through a lot, including WW II,” said 78-year-old Betty Peters, an Exit International volunteer. “We, more than most people, know about death, and many of us don’t want to suffer the pain and indignity of illness or a prolonged period as a vegetable in a nursing home.”

A former physician, Philip Nitschke has been working on end-of-life tools for years. In 1996, he achieved fame by helping four people kill themselves through a computerized lethal-injection system he called the Deliverance Machine. At the time, it was legal under Australia’s short-lived Rights of the Terminally Ill Act.

As he described in the introduction to The Peaceful Pill Handbook, “the computer presented a short series of questions” before administering the lethal injection:

1. Are you aware that if you go ahead to the last screen and press the “yes” button you will be given a lethal dose of medication and die?

2. Are you certain you understand that if you proceed and press the “yes” button on the next screen you will die?

3. In 15 seconds you will be given a lethal injection … press “yes” to proceed.

“After pressing the button for the third time, the machine started up and delivered to each patient a lethal dose of the barbiturate Nembutal,” he wrote. “At the time of their choosing, the Deliverance machine enabled those four people to die, peacefully and with dignity.”

Nitschke recalls the inevitable aftermath of these physician-assisted deaths as the end of a promising era when people had the option of “dying with dignity.”

But the Rights of the Terminally Ill Act was repealed and replaced within nine months of its passage, at which point Nitschke gave up medicine and devoted himself full time to the fight for assisted suicide.

Like other assisted-suicide proponents, Nitschke considers the “right to choose” a human-rights issue, as well as one of free speech. “It is because of … deliberate attempts by the State to further restrict, control and censor end-of-life information that The Peaceful Pill Handbook has been written,” he said.

‘Death With Dignity’ vs. U.S. Healthcare?

It’s difficult to untangle the layers of controversy surrounding the topic of physician-assisted euthanasia in the U.S., from alarm at “playing God” to a more general fear of confronting death, to the very real question of how it would work logistically to decriminalize it.

As a recent Reuters report put it, the issue is “littered with ethical red flags.” But it’s a topic that is not going away. As aging Americans face the prospect of making difficult end-of-life decisions, two states (Washington and Oregon) have already passed “Death With Dignity” legislation to allow doctors to prescribe lethal doses of barbiturates to patients who are terminally ill.

Although the measures have not led to a spike in suicides as some predicted, they have nonetheless been controversial. In Oregon, the Death with Dignity Act has its own Web site that takes pains to distinguish between its law and still-existing laws that ban euthanasia. (“Euthanasia is a different procedure for hastening death,” according to the FAQ section. “In euthanasia, a doctor injects a patient with a lethal dosage of medication. In the Act, a physician prescribes a lethal dose of medication to a patient, but the patient—not the doctor—administers the medication. Euthanasia is illegal in every state in the U.S., including Oregon.”)

Some might argue that it is a distinction without a difference; and no doubt the debate will heat up when Nitschke comes to North America to peddle Exit International’s philosophies and products, which he’s scheduled to do in November.

A visit to Canada scheduled at the same time is already generating controversy; a planned workshop at the Vancouver Public Library was recently canceled over concerns that it would violate Canadian law, which prohibits the encouragement of suicide. (Nitschke disputes that the workshops actually encourage suicide.)

Proponents of assisted euthanasia often point to religion and all its moral strictures as the root behind this kind of controversy—and in one sense they’re right. Their real foes are the doctors and nurses who provide hospice care—a movement with a strong religious tradition.

Dr. Helen Watt, director at Linacre Center for Healthcare Ethics in London, told Retuers, “It is good holistic palliative care, not medical killing which is the answer to the real distresses of so many people when contemplating natural death.”

This echoes the belief of Cicely Saunders, the pioneering British doctor who founded the modern-day hospice movement. Saunders, who was deeply religious, died in 2005, but her firm opposition to laws allowing physician-assisted suicide lives on.

“Freedom to take one’s life as a private matter is very different from a legalized ‘right to die,’ which all too easily can lead to a presumed duty to die,” Saunders argued in a letter to the London Times in 1991. “All those who work in palliative medicine know well how most requests for a speedy end to life fade away once good care has been instituted. … To suggest killing before we have done all we can in caring would, to me, be the wrong answer to the present question.”

That present question, more than 15 years later, is as relevant as ever. Yet, as we have seen all too clearly in the past several weeks, in the United States, even the most superficial changes in our for-profit health care system have proved polarizing beyond reason; a meaningful attempt to address the fraught topic of end-of-life care seems nearly impossible.

With another round of controversy over the “right to die” on the horizon, hysteria over so-called death panels must be abandoned in favor of a less distorted, more empathetic discussion over the right to health care—in all its forms.