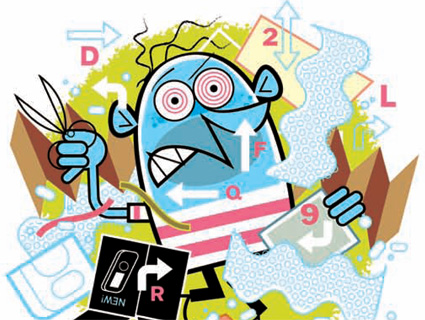 Nearly 10% of a typical product’s price is for packaging.

The global packaging market is worth $429 billion.

Nearly 1/3 of Americans’ waste is packaging. Just 43% is recycled after use.

A 2008 bill written by Rep. Anthony Weiner (D-N.Y.) would have required the EPA to find ways to reduce packaging waste by 30% in a decade. It died with no cosponsors.

Last summer, Sam’s Club began selling milk in a stackable plastic jug with a smaller energy footprint. It cut the price of a gallon by as much as 20 cents, but consumers complained that it spilled too easily.

Between Thanksgiving and New Year’s, Americans produce more than 1 million tons of additional garbage per week.

If every family reused the wrapping from 3 gifts, it would save enough paper to cover 50,000 football fields.

Holiday waste prompted a British mall to hire a mathematician to devise a formula for using the least gift wrap. The big secret: The wrapping paper should be a little longer than the length of the gift. Its width should be just a little more than the sum of the gift’s width and depth.

“I shouldn’t have to start each Christmas morning with a needle-nose pliers and wire cutters,” said Amazon.com CEO Jeff Bezos as his company started selling products in easy-to-open, “Frustration-Free Packaging” last November.

A year later, Amazon offers the service for fewer than 100 products.

To fight shoplifting, which costs retailers more than $11 billion a year, clamshell packages are designed so that “human hands have great difficulty separating the backing and cover,” according to a 2003 patent.

Even armed with scissors and a box cutter, it took Consumer Reports testers more than 3 minutes to cut open the Oral-B Sonic Complete Toothbrush Kit.

After 99% of her readers said that packages were getting harder to open, the editor of a British magazine for seniors complained, “Hard-to-open packaging isn’t just a dangerous nuisance, it discriminates against the weak.”

580 in2 of plastic (not including doll and accessories) 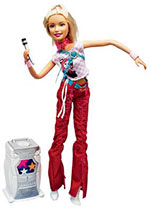 In May 2008, Sony announced “Death to the Clamshell” with a video of a man getting impaled by a package of headphones.

Sony’s Memory Stick Pro Duo comes in a package that’s 50 times larger than the product itself.

Apple shipped its latest operating system in a box nearly 16 times larger than the DVD case within.

About 1/4 of the weight of a military Meal, Ready-to-Eat is packaging. MREs generate 14,000 tons of packaging waste a year.

Noting that “packaging plays a psychological role in forming a Warfighter’s opinion of the food inside,” the Pentagon redesigned MRE bags in 2008.

3- to 5-year-olds are more than 3 times more likely to eat Chicken McNuggets in a McDonald’s wrapper than in a plain one. 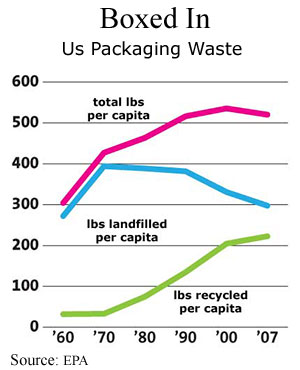 More than 80% of kids surveyed said they preferred plastic milk bottles to paper cartons. They saw milk in plastic as “cool” and “fun to drink.” Paper was “old-fashioned.”

In 2005, the cardboard box was inducted into the National Toy Hall of Fame. “Packaging is something that’s accessible to kids,” said the curator.

Frito-Lay has a line of gift wrap, pencil cases, and totes made from old Cheetos and Doritos bags.

When the inventor of the Pringles potato chip can died in 2008, some of his ashes were interred in one of his creations.

In 2005, a coroner’s office in Washington state said it planned to buy a $50,000 machine that would shrink-wrap bodies in case of a disaster or terrorist attack.

The USDA has developed edible food wrap. Says a researcher, “Imagine apple-film-wrapped pork chops that go from the refrigerator to the stove, where the film melts into an apple glaze.”

Presliced and wrapped fruits and vegetables cost up to 45% more than whole, unwrapped ones.

A British supermarket recently sold coconuts in shrink-wrap in order to “stop coconut hairs getting into other foodstuffs.”

NXT shave gel comes in a battery-operated blue plastic container with an led that illuminates air bubbles suspended in gel. The New York Times described it as a “miniature lava lamp.”

Bling H2O comes in a corked bottle adorned with Swarovski crystals. Its creator realized “you could tell a lot about a person by the type of bottled water they carried.”

Six brands that recently downsized their packages without cutting their prices

Package Design writes that curvy bottles for diet drinks and pills can suggest weight loss by mimicking “the curves of a slim, slender woman.”

Sales of single-serving snack packs grew by 28% in 2006. On average, these smaller packages cost 2.5 times more per ounce than regular packages.

In 2008, Tropicana downsized its 96-ounce juice jug, but not its price, saying it would “add value” and mean “less gurgling.”

Sales of Patagonia underwear jumped 30% after it removed the packaging.

A Packaging Digest blogger writes, “The battle against overpackaging isn’t about environmental stuff. This is about keeping people from going totally insane.”

Nearly 10% of a typical product’s price is for packaging: “Consumer Choices Can Reduce Packaging Waste,” University of Florida Institute of Food and Agricultural Sciences report, September 2002

Anthony Weiner bill would have reduced packaging by 30% over next decade: Packaging Reduction Act of 2008

After 99% of her readers said that packages were getting harder to open, the editor of a British magazine for seniors complained: “Wrap rage hitting the over-50s,” BBC News, February 4, 2004

Draw the line at wine in a pouch: “Red or White, but Not as Green as It Could Be,” The Wine Intelligence Briefing, June 2008

When inventor of Pringles potato chip canister died, some of his ashes were interred in one of his creations: “Ashes of man who designed Pringles packaging buried in crisp can,” Guardian UK, June 2, 2008; Obituary for Fredric J. Baur, Cincinnati Enquirer, June 1, 2008; “Pringles Can Designer Buried in His Work,” MSNBC, June 3, 2008

Curvy bottles help you lose weight: “A Slimming Profile: Should the Shape of Your Package Tip off the Purpose of the Product?” Package Design

Packaging and products secretly getting smaller: “The Lowdown on Downsized Products,” ConsumerReports.org, October 2008