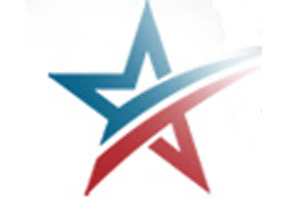 “If you are going to go ugly, go ugly early.” So says former Republican House Majority Leader Dick Armey on the website of FreedomWorks, his latest corporate-funded front group. This summer, FreedomWorks packed health care town hall meetings with self-proclaimed grassroots activists who spouted talking points about “death panels” and pulling the plug on grandma. George W. Bush is a fan. “Folks, you’ve got to get to know this organization,” he says on the FreedomWorks website. “They have been doing a great job all over the country educating people.”

Armey has suggested that FreedomWorks next target will be climate change. (He did not respond to a request for comment for this story.) In August it promoted the Energy Citizens rally in Houston. And it has published a steady stream of attacks on proponents of cap-and-trade policies, who, according to the FreedomWorks blog, are just “anti-capitalists and big-government supporters and rent-seekers trying to gain wealth and power through pseudo-science.”

FreedomWorks traces its roots the now-defunct, Exxon-funded Citizens for a Sound Economy, along with another group, Americans for Prosperity. AFP lacks Armey’s star power but not his sharp-elbowed tactics. It has run ads describing climate-bill backers as “wealthy eco-hypocrites,” offered free balloon rides on a climate change “hot air” tour, and fed Glenn Beck’s attacks on former green jobs czar Van Jones. Both groups are funded in part by foundations tied to Koch Industries, a holding company with extensive oil interests. The board of the FreedomWorks Foundation, the group’s policy and education arm, includes Steve Forbes, the publisher of Forbes, which recently named ExxonMobil “Green Company of the Year.”