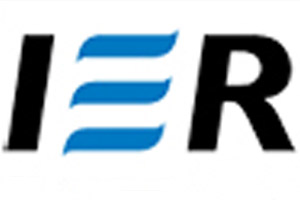 Robert Bradley, the CEO of the Institute for Energy Research, is a former director of policy analysis at Enron, where he once wrote speeches for Ken Lay. While most experts blame Enron’s failure on a lack of government oversight, Bradley cites too much government meddling. In his new book, Capitalism at Work: Business, Government, and Energy, he writes that Enron’s collapse “is yet another case of unintended consequences from government intervention.”

Bradley is now committed to keeping the government from regulating carbon. His 2003 book, Climate Alarmism Reconsidered, argues that carbon dioxide “is not a pollutant but a building block of a living and vibrant biosphere.” He’s even willing to diss his former employer to make his point, suggesting that CO2 foes are as self-centered as Enron was when it pushed for a climate treaty and subsidies for its wind and solar divisions. “The ‘green’ energy crusade that Enron in some ways fathered is much more about corporate welfare than true energy sustainability,” he writes.

Since April, IER’s advocacy arm, the American Energy Alliance, has been airing television ads in the districts of key members of Congress, stressing the potential costs of Waxman-Markey. One ad claimed that an MIT study found that the bill “could cost our families more than $3,100 per year in new taxes.” But the author of the study, professor John Reilly, has said that the number was a misrepresentation of his work and “just wrong.” Confronted with that response, Bradley replied that Reilly had since confirmed to the Weekly Standard “that households will in fact pay this amount.” But Reilly told me that his estimate of Waxman-Markey’s true cost is just $223 per household by 2020 and maintained that the use of the larger number “was incorrect.” Other AEA ads have been called out for similar distortions.

In 2007, the most recent year for which tax filings are available, IER had a budget of nearly $1 million. In May, the Guardian reported that IER has received donations from Exxon, KBR, and trusts set up by Koch. Asked who funds the Institute for Energy Research, Bradley would say only that its money comes from “individuals, foundations, and corporations—including energy companies.”

Click here for the previous member of the dirty dozen.