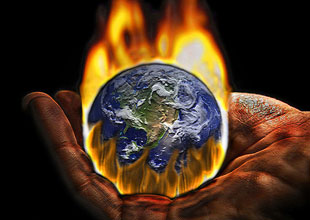 A year ago this week, the already-heated global warming debate exploded into allegations of a massive scientific fraud when a trove of emails between climate scientists was stolen and posted online. Portions of the emails were cherry-picked and taken out of context to create the impression that researchers were engaged in a sinister plot to mislead the public and silence detractors. Dubbed “ClimateGate” by global warming deniers, the ensuing hype succeeded in further clouding the public’s understanding of climate science.

Never mind that it was a noncontroversy—that myriad models and reams of data have concluded that the planet is warming due to human activity, or that five separate investigations have confirmed that the ClimateGate scientists did nothing improper. In the combustible world of climate denial, the email release added fuel to the fire, reigniting old attacks on science in the blogosphere and among right-wing members of Congress—including a few who are in line to lead powerful House committees next year.

While the episode inflamed climate skeptics, it also forced some climate scientists to rethink their role in the debate. Many scientists have been wary of being pulled into policy debates and of appearing as advocates rather than dispassionate researchers. Some just assumed that the science spoke for itself. But the email release and the subsequent attacks raised the question of whether they can afford to remain on the sidelines any longer as their work is distorted, largely by people with political agendas.

The confusion sowed about climate science recently inspired a trio of scientists to create a “rapid response” team to dispel misinformation. While organizers say the new project is not direcly tied to the anniversary of the email release, it’s clearly the result of a good deal of frustration on the part of scientists about the direction discussion of the subject has gone in the past year. “There’s a huge disconnect between what is known in the science community and what is understood in the general public,” says John Abraham, a professor of engineering at the University of St. Thomas and one of the leaders of what he and his colleagues are calling the Climate Science Rapid Response Team. “There’s a real strong consensus among scientists and a lack of consensus in the general public.”

The gulf between scientists and the American public, says Abraham, has “obviously gotten wider over the last couple years.” He attributes this to the phony email scandal, as well as “to a concerted effort by a number of organizations who have interests, generally ideological interests, in blocking climate action.” Media coverage of the issue has also been lacking, he says, and many scientists have shied away from discussing their work in the press.

Launching later this week, the Climate Science Rapid Response Team has signed up more than 40 scientists to take part in the initiative, and organizers are hoping to grow the total to at least 100. The idea is that the coordinators will serve as matchmakers between scientists and the news media. Reporters can contact the team with specific questions about science or requests for a television and radio appearances by participating researchers. Their focus is on the science—not on wading into policy debates—but their intention is to help the public discourse move beyond the “is-it-happening” question, says Abraham.

It’s clear there’s a long way to go to improve public understanding of the issue. A poll conducted by the Yale Project on Climate Change Communication showed a significant decline in the belief that the planet is warming due to human activity—from 57 percent in 2008 to 47 percent in early 2010—immediately following the disclosure of the emails. The numbers did bounce back up a bit in polls conducted later in 2010; another Yale study released this fall found that 63 percent of Americans understand that the planet is heating up, and about half of those surveyed recognized that human activity is to blame. Yet a significant majority of the people surveyed had major misconceptions about why the planet’s warming, attributing it to, among other things: the space program, toxic waste, the hole in the ozone layer, and volcanoes. The study concluded that if Americans were graded on their understanding of climate science, 52 percent of the population would get an “F.” Yale’s researchers also found that only 34 percent of the public agreed with the statement, “Most scientists think global warming is happening.” The largest percentage—45 percent—thought there was “a lot of disagreement among scientists” on global warming.

“There’s always been a level of frustration with the difference between what scientists know and what people think we know,” says Scott Mandia, a professor of physical sciences at New York’s Suffolk Community College and another leader of the rapid response team. “We have to accept much of the blame. It’s not good enough to publish information in journals and expect it get out.”

Ray Weymann, a retired astrophysicist who’s also part of effort, says he and his colleagues have no interest in being “attack dogs.” But, he adds, “I think it’s absolutely in order for climate scientists to respond to something that is patently inaccurate.”

Wading into the politically charged global warming war has long caused heartburn for many climate scientists. “The truth is, most scientific societies are reluctant to go beyond issuing formal statements about science-related issues, even in the face of withering attacks on the scientific fields they represent,” Brenda Ekwurzel, a climate scientist at the Union of Concerned Scientists, pointed out in a recent op-ed. This makes stepped-up efforts to defend the science of global warming all the more important, say the rapid response team’s organizers.

“A lot of scientists believe the truth will set us free, but the truth has been locked up in journals, and it’s not getting out to the public,” says Mandia. Until it does, he says, “An alternate truth is getting out there.”