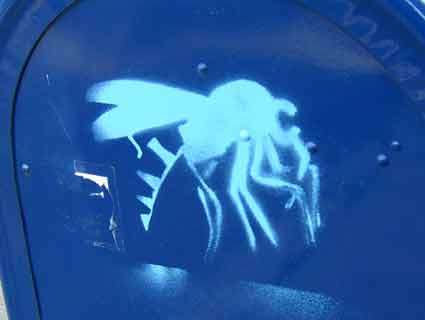 By now, you’ve probably heard that it’s been a hell of a year for West Nile virus: The mosquito-borne disease has spread to every one of the lower 48 states except for Maine. Across the country, a total of 4,249 cases and 168 deaths have been reported so far this year—and it’s only October. Texas alone has had 1,520 cases and 54 deaths. These numbers are unusually high; last year, the United States had only 712 cases total. So why the sudden uptick in West Nile?

The short answer is that nobody really knows. “We’re not quite sure exactly what the perfect combination of environmental and host factors are,” says Ingrid Rabe, a medical epidemiologist with the Centers for Disease Control and Prevention (CDC). But experts have a few guesses. It’s a complicated disease, so let’s start from the beginning.

If a mosquito bites someone who has West Nile virus then bites me, can I get the virus?

No. Mosquitoes don’t carry the disease from human to human. Instead, Rabe explained to me, they carry it from birds to humans. That’s because birds accumulate much higher concentrations of the virus than humans. Scientific American has a good diagram of the West Nile transmission cycle here.

Is West Nile a death sentence?

No. In fact, the majority of cases are very mild: According to a piece published in the New England Journal of Medicine (PDF), only between a fifth and a quarter of West Nile patients experience any symptoms at all. An even smaller portion—less than 1 in 150—develop neurological effects such as meningitis.

Is this the worst year ever for West Nile virus in the United States?

No. From the headlines, you’d think that 2012 had the highest number of West Nile cases since the virus first showed up in the US in 1999. And indeed, it’s pretty bad:

Now compare that to last year:

So what makes some years worse than others?

There are many theories, and the CDC’s Rabe says a combination of factors is probably at work. This Scientific American piece from August has a good rundown of a few potential causes of outbreaks. One theory is that the drought caused birds and mosquitoes to spend more time close together, leading to higher rates of West Nile transmission. Another has to do with the birds themselves:

Though no one has done a thorough survey of local birds, another theory is that Dallas-area flocks this year might have more young birds that have never encountered the virus. That allows more of them to become infected and then spread the disease to mosquitoes, said Erin Staples, a medical epidemiologist with the Centers for Disease Control and Prevention in Fort Collins, Colo. Birds that were exposed in years past are immune to the disease, Staples told LiveScience.

How about climate change?

It’s no secret that mosquitoes thrive in hot, damp conditions, and indeed, researchers have found a correlation between heat, rain, and West Nile outbreaks. A 2009 study published in the peer-reviewed journal Environmental Health Perspectives found that an increase of nine degrees Fahrenheit in a week correlated with a 32 to 50 percent higher number of West Nile virus cases over the next month. The researchers also found an association between one or more days of heavy rain within a week and an increase in West Nile cases of 29 to 66 percent during that week and the next two weeks.

Scientific American points out that the mild winter that most of the country experienced this year could have played a role as well:

The conditions are ripe for the mosquitoes that spread the virus, said researcher Krisztian Magori, a forestry and wildlife scientist at Auburn University in Auburn, Ala. “In many places, there wasn’t really a very hard frost that would have killed the mosquitoes,” so population started high in the spring, he said.

The Environmental Health Perspectives paper’s authors conclude that the finding “suggests, if weather trends continue, that the human impact of this and related diseases may increase in coming decades.”

A particularly interesting contributing factor was brought to my attention by Aaron Bernstein, associate director at Harvard’s Center for Health and the Global Environment. Bernstein pointed me toward some evidence that the declining diversity of bird populations could play a significant role in the cycle of West Nile outbreaks.

A 2008 paper published in the journal PLoS Hubs: Biodiversity looked at incidence of West Nile virus in counties in the eastern United States in 1998 and 2002. The researchers found an inverse correlation between bird diversity and West Nile incidence. In other words, the more species of birds in a particular county, the lower the rate of West Nile. This phenomenon—biodiversity protecting against illness—is known as the “dilution effect,” Bernstein told me.

More evidence that supports the dilution-effect theory: A 2011 PLoS One paper found a correlation between socioeconomic status and West Nile incidence in Suffolk County, New York. People who lived in middle-class neighborhoods, the researchers found, had higher rates of West Nile than those in wealthy and poor neighborhoods. From the paper’s discussion:

Interestingly, an earlier study found that in the southern and western United States, West Nile rates were higher in low-income neighborhoods. One possible explanation for the difference, write the authors, is that in the north, low-income neighborhoods are more often “densely built up inner cities,” while in the rest of the country, low-income families are more likely to live in a “single family home with adjacent vegetation and swimming pools.”

Bernstein says that there isn’t enough evidence yet to say for sure that the diminishing number of bird species—which is, in large part, caused by human disruption of bird habitats—is to blame for West Nile specifically. But scientists do know that genetic diversity is a net positive for ecosystem health. “We know we have been losing biodiversity in the US for a long time,” he told me. “So it makes me wonder whether the loss of bird biodiversity has played a major role.”

So how can I prevent myself from getting West Nile?

Avoid getting bitten by mosquitoes: Use bug repellant with DEET, and wear long sleeves and pants outside. If you live in a buggy area, avoid spending prolonged periods of time outside at dawn and dusk. Get rid of water-filled containers in your yard (mosquitoes have even been known to breed in soda cans). Avoid hanging out near standing water.

The CDC’s list of West Nile symptoms includes “fever, headache, tiredness, and body aches, occasionally with a skin rash (on the trunk of the body) and swollen lymph glands.” Symptoms of neuroinvasive West Nile virus—the most serious kind—include, terrifyingly, “headache, high fever, neck stiffness, stupor, disorientation, coma, tremors, convulsions, muscle weakness, and paralysis.” If you experience any of that, it goes without saying: Get thee to an emergency room.