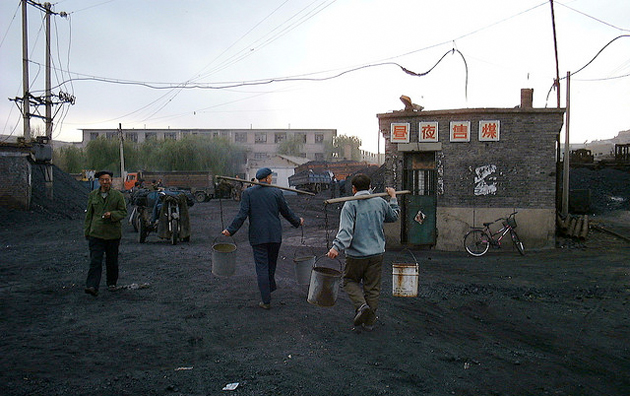 Air pollution causes people in northern China to live an average of five and a half years shorter than their southern counterparts, according to a study released on Monday that claims to show in unprecedented detail the link between air pollution and life expectancy.

High levels of air pollution in northern China—much of it caused by an overreliance on burning coal for heat—will cause 500 million people to lose an aggregate 2.5 billion years from their lives, the authors predict in the study, published in the journal Proceedings of the National Academy of Sciences.

The geographic disparity can be traced back to China’s Huai River policy, which, since it was implemented between 1950 and 1980, has granted free wintertime heating to people living north of the Huai River, a widely acknowledged dividing line between northern and southern China. Much of that heating comes from the combustion of coal, significantly impacting the region’s air quality.

“Using data covering an unusually long timespan—from 1981 through 2000—the researchers found that air pollution…was about 55% higher north of the river than south of it,” the MIT Energy Initiative said in a statement.

“Linking the Chinese pollution data to mortality statistics from 1991 to 2000, the researchers found a sharp difference in mortality rates on either side of the border formed by the Huai River. They also found the variation to be attributable to cardiorespiratory illness, and not to other causes of death.”

The researchers, based in Israel, Beijing, and the Massachusetts Institute of Technology, gauged the region’s air quality according to the established metric of total suspended particulates (TSP), representing the concentration of certain airborne particles per cubic meter of air.

The study concluded that long-term exposure to air containing 100 micrograms of TSP per cubic meter “is associated with a reduction in life expectancy at birth of about 3.0 years.”

Air pollution has been the subject of widespread public outrage in China since January, when Beijing’s air quality index (AQI)—a similar metric to TSP—regularly exceeded 500, the scale’s maximum reading, for weeks on end. On January 12, Beijing’s AQI hit a record 755, 30 times higher than levels deemed safe by the World Health Organization.

Past studies have established a link between air pollution and reduced life expectancy. One recent large-scale study concluded that air pollution contributed to 1.2 million premature deaths in China in 2010.

Yet according to Michael Greenstone, an economics professor at MIT and one of the study’s authors, this study is the first to precisely quantify their relationship. “Demonstrating that people die a bit earlier [because of pollution] is interesting and helps establish that pollution is bad,” he said. “But the most important question, the next question that needed to be answered, is what’s the loss of life expectancy? How much should society be willing to pay to avoid high levels of pollution? This study was structured so we could answer that question.”