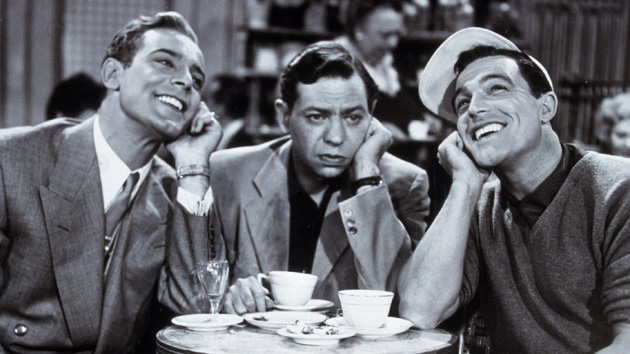 Even if you’re not among the 63 percent of Americans who drink coffee every day, caffeine is hard to avoid. It’s all over your corner store, from energy drinks to colas and bottles of iced tea to cans of Starbucks “Refreshers.” For a while there, it was looking like even your gum was going to be caffeinated.

But despite its pervasiveness, we still understand little about the stuff. It doesn’t help that the beverage industry hopes to keep it that way; for instance, though energy drink sales have skyrocketed in recent years, their manufacturers aren’t required to label how much caffeine their products contain. Meanwhile, emergency room visits related to energy drink use increased more than tenfold between 2005 to 2009.

In his new book, Caffeinated: How Our Daily Habit Helps Us, Hurts, and Hooks Us, out March 13, journalist Murray Carpenter takes on this mysterious substance. He toured Colombian coffee fields, Chinese tea lounges, and factories pumping out synthetic caffeine for soft drinks, interviewing FDA regulators, industry spokesmen, neuroscientists, and cacao cultivators. I chatted with Carpenter about how much caffeine is healthy, where the industry stands on labeling, and the most pretentious coffee preparation he’s observed. Here were some of the biggest takeaways. 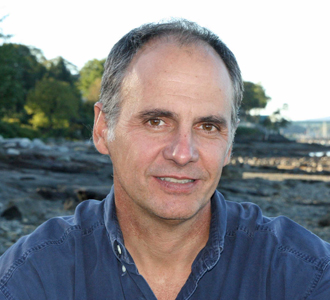 1. A healthy daily dose of caffeine can be very different depending on who you are.
“When doctors talk about moderate caffeine use, they talk about somewhere in the range of 300 to 400 milligrams. Most coffee drinkers tend to be in that range. Beyond that: 300 milligrams to one person might be perfect, but it might send another one through the roof. It varies so much, depending on your size, if you’re a smoker, if you have a genetic predisposition to metabolize caffeine slowly. It would be foolish to say X is the perfect amount or X is too much.

“Women on birth control metabolize caffeine twice as slowly—which means they get double the jolt from the same cup of coffee. And smokers metabolize it twice as fast. There are some people with a genetic predisposition to metabolize caffeine slowly. Those are the people who are going to be super sensitive to caffeine.”

“One researcher found that a 16-ounce cup had 560 milligrams of caffeine. The researcher, Bruce Goldberger, went to the same Starbucks and ordered the same blend of coffee for six days, and found that the levels varied more than twofold. He’s not the only one to have found those things. Even espresso shots, which are much more regimented, can vary.”

3. Caffeinated beverage manufacturers are not required by the Food and Drug Administration to label how much caffeine is contained in their product.
“If you market a product as a food or a supplement, they still don’t have a requirement that you label the amount of the quantity of caffeine in the product. There’s some voluntary labeling initiatives underway: The American Beverage Association has recommended bottlers do that, but you can still find energy drinks that don’t tell you how much caffeine is in them.

“But I should note: Lipton, for example, they label the amount of caffeine. A number of tea manufacturers are starting to do this. They seem to be pretty close to the amount tea typically has. It’s not impossible for coffee and tea to start doing this. And for the products where caffeine is blended in very specific amounts, I don’t see any reason consumers should be left in the dark.”

4. Your grandparents probably drank twice as much coffee as you do.
“They were taking twice as many beans, meaning they were actually drinking more caffeine, too. We like to think of ourselves as a supercaffeinated culture, but our grandparents were more caffeinated than we were. I think one of the reasons is counterintuitive: We make a much bigger deal out of coffee than they did. We think of ourselves as coffee lovers. For their generation, it was just like, yeah, gimme a cup of coffee.”

5. Pro athletes everywhere depend on caffeine—which isn’t necessarily a bad thing.
“I used to race bikes, and we used to drink a strong cup of coffee back then before a race. When I work out, I still like to be somewhat caffeinated. I think it helps me work out more vigorously, and I think a lot of people do. The ethics of it are really fascinating; it’s definitely complex. What’s changed in the past 30 years, since I was racing bikes seriously, is that you have much more specificity now in how people are able to take caffeine. You can quantify your dose, and there are products like gels that can help give the athlete caffeine in very specific doses.”

6. Keurig cups—those little disposable, single-serve cups of coffee with a special dispenser—are here to stay. As Carpenter writes in Caffeinated: “The 2011 production of K-Cups, lined up end to end, would encircle the equator six times—a foot-wide belt of plastic, foil, and coffee around the planet.”
“At the time I did a story for the New York Times about the environmental impacts of K-cups, Green Mountain was in the middle of doing an environmental analysis of the entire flow of coffee through K-cup through landfill to see if it was indeed more wasteful. It’s probably not as cut-and-dried as we first think. You’re able to extract the coffee more efficiently than, say, through a cone in your house. If you do a full life cycle analysis, it probably doesn’t look as bad as you would think.

“But certainly on the waste end, like downstream from your house, it doesn’t look good. And I think people have been pretty critical of the single-serving phenomenon for that reason. They experimented with different things: looked at renewable plastics, K-cups with paper tops and stuff like that. But it’s really difficult to make it impermeable. The thing you have to do is keep oxygen out, and it’s really hard to do that with any ecofriendly product. At least at the time I did that story, Newman’s Own Organics’ single top selling product was K-cups. Nell Newman has been a very forceful advocate of minimizing packaging. So some interesting questions there.”

7. Mixing caffeine and alcohol hasn’t been proven to be inherently unhealthy. But the resulting behaviors can be dangerous, potentially even fatal.
“From a health perspective, being stimulated could allow you to drink more than you might otherwise. You might otherwise pass out sooner. There’s still research going on in that area, for what it’s worth. I haven’t seen that there’s some synergistic effect that’s going to blow your brain apart when you mix caffeine and alcohol. Still, not a great idea.”

8. Caffeine could be way better for us—and also way worse—than we know.
“This is the question I got all the time: What’s the verdict? Is it good or is it bad? If I had a simple answer, it would have been a five-page book. It can be more effective than I had any idea, in terms of improving your alertness, your cognition, your athletic ability. It can have stronger more acute effects on sleep and anxiety than I’d imagined. It can be terrific. I think it’s important that everybody recognize how much is good for them, what it does for them when they take it, what they feel like when they don’t take it, and experiment.”

9. You’re not as much of a coffee buff as you think.
“I thought I was a coffee snob before reporting this book. I had no idea. I went into a very high-end coffee shop in New York, and ordered a pour-over, which is a fancy name for filter drip coffee right into a cup. A great way to make coffee, but there’s nothing particularly new about it. The guy who was serving me first had a little gram scale, and he weighed out the grounds on the scale, poured them into the thing…and then he weighed the water. That struck me as over the top. You see it all over the place.

“Other people talk to me about seasonality: ‘In this season, Colombian coffee is particularly fruity.’ There are a lot of people who are full of shit. But people are way on the edge of this. On the plus side, we do live in the golden age of coffee. It’s easier to go out anywhere you want—in San Francisco, or even in this little town of Belfast, Maine [where Murray lives]—and just get a really good cup of coffee any time you want it.”