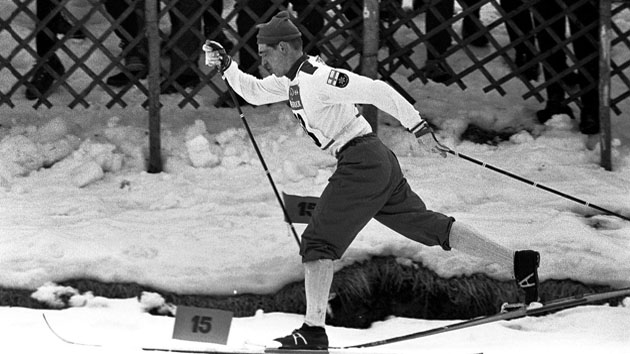 At the 1964 Winter Olympics, Eero Mäntyranta won the 15 kilometer cross-country skiing competition by a whopping 40 seconds—a margin of victory that has never been equaled. That same year, he won the 30 kilometer race by a full minute. So what made this legendary Finnish skier such a success?

According to sports journalist David Epstein, Mäntyranta became the “greatest endurance athlete” of his generation in part because of a single mutation to his erythropoietin receptor (EPOR) gene, which helps regulate the production of red blood cells. Remember Lance Armstrong’s blood doping scandal? It turns out that because of his DNA, Mäntyranta had a similar advantage over his competition—but without ingesting or injecting a single cell. Mäntyranta “produced about 50 percent more oxygen-carrying red blood cells than a normal person,” explains Epstein on this week’s episode of the Inquiring Minds podcast. “So he essentially was naturally what…Lance Armstrong was through doping technology.”

Epstein says Mäntyranta’s EPOR mutation is the clearest example of a “sports gene”—a single genetic variant that has the ability to turn someone into a superior athlete. But these genes are rare. More often, says Epstein (whose recent book is also called The Sports Gene), “we’re talking about networks of genes and suites of traits that make people better suited to some sports than others.”

Saying that some people are “better suited” than others sounds a lot like the idea that some of us are born more talented. But in recent years, much of the sports community has embraced the notion that achievement in athletics is attributable largely to logging 10,000 hours (or so) of dedicated training. The “10,000 hour” rule also permeates education in other domains, such as music and chess, where complex skills need to be developed. But with athletes like Mäntyranta in the competition, can this status quo idea possibly still hold true? And what, exactly, is the scientific recipe for building an elite athlete?

Here are a few of the key factors that Epstein lays out:

Start with the right genes. Mäntyranta’s EPOR mutation isn’t the only gene variant that can make or break an athletic career. On chromosome two of the human genome, there is a gene that codes for a protein called myostatin. (Myo meaning “muscle,” and statin meaning “to halt.”) For most people, this gene does exactly what its name suggests—it stops the production of muscles. But in rare cases, says Epstein, “someone has a mutant version, and it basically doesn’t tell their muscles to stop growing on time, and they end up being really, really muscle-bound.”

Perhaps not surprisingly, explains Epstein, the first adult determined to have this mutation was a professional sprinter. But it’s been detected in young children, as well. In 1999, for instance, a bouncing baby boy with seemingly superhuman strength was born in Germany. Unlike his roly-poly peers, this baby was ripped. The muscle mass in his lower limbs was off one end of the charts, while his limited body fat was off the other end.

When this “Superbaby” was tested for the presence of myostatin, none was detected in his blood. And other babies with similar mutations have begun to pop up, including Liam Hoekstra, who apparently could do a difficult gymnast move called the iron cross by the time he was 5 months old and could do a pull-up at eight months.

But if one gene can have such a significant effect, what other gene variants might be combined in a person to optimize athletic performance?

In his book, Epstein cites Alun G. Williams and Jonathan P. Folland, scientists in England who are studying 23 gene variants strongly linked to athletic endurance. The chance that any single individual currently on the planet has all 23 variants is incredibly small—less than one in a quadrillion (one thousand million million). The most any one of us can hope for is about 16 of these 23. The chance of having none of these variants, or very few of them, is also extremely small. Most of us have some but not too many. The end result? We need to train to build up endurance.

But genetics can also make a big difference when it comes to that training. “No two people respond to the medicine of training the same way because of differences in their genes,” says Epstein. “And so it’s turning out that the talent of trainability—the ability to get more biological adaptation out of your one hour of training than the next guy or the next girl—is really the most important kind of talent.”

But if we can’t change our genes, what can we do to become better athletes?

Learn to to predict the future. When it comes to professional baseball, says Epstein, “keep your eye on the ball” is useless advice. That’s because Major League pitches take far less than half a second to reach the plate—they’re simply moving faster than the eye can track. What batters are actually keeping track of is a specific pattern of movements that the pitcher is making. 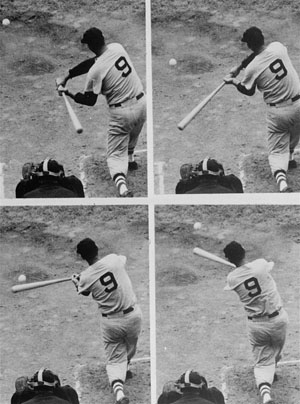 Ted Williams in 1957, on his way to the Major League batting title. AP

The ability to predict where the ball will go based on how the pitcher releases it is the real talent of an all-star hitter. That’s why Mariano Rivera could strike out batter after batter with one pitch: a 90+ mile-per-hour cut fastball whose final destination was very difficult to predict. With just a subtle difference in how much pressure he put on the ball with two of his fingers, he could alter its course dramatically.

That’s also why no amount of trips to the batting cage will turn you into a slugger like Albert Pujols or Ted Williams. “We’ve only just realized that pitching machines are totally worthless for baseball practice,” explains Epstein, “because they don’t teach you to read body movements the way that you need to.”

Putting this idea to the test, softball pitcher Jennie Finch struck out Pujols and other Major League batters during the 2004 Pepsi All-Star Softball Game—her windup and delivery confounded their ability to predict where the pitch will go, despite the fact that she threw a bigger ball.

To understand how complex skills like hitting a small projectile traveling at speeds of over 90 miles per hour are performed, consider a famous study in which chess players of different levels were given a few seconds to study a chess board. What separated the experts from the amateurs was the fact that grand masters could memorize the location of pieces on the board after looking at it for just three seconds. At first, it seemed as though they had superhuman memory skills. But when the scientists asked them to memorize the placement of pieces on a board that didn’t conform to the rules of the game, they were no better than novices. In other words, what grand masters have actually developed is the ability to organize the board into meaningful units in their mind’s eye—what psychologists call “chunks”—that they can then easily recall. 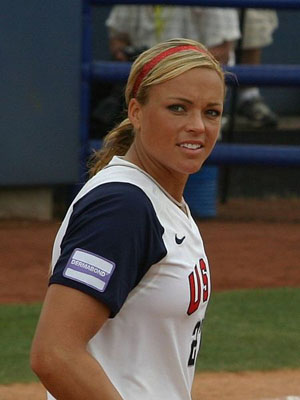 We all use chunking to remember complex things: “If I gave you 20 random words right now, you’d have a lot of trouble repeating them back to me,” explains Epstein. “But, if I gave you a 20-word meaningful sentence, you might be able to repeat it back to me or very closely.” Why? Because “you’ve learned a system of grammar and groups of words and phrases that you can break down into meaningful chunks. So, you don’t have to…rely on your working memory.” And, adds Epstein, “it turns out sports works in a very similar way.”

So it’s not that MLB players have superhuman reflexes; instead, over the course of many years of training, they learn to “read” a pitcher’s upper body movements and predict where the ball will end up. “It’s really this kind of cognitive expertise that they’ve learned that allows them to look as if they’re reacting faster than is humanly possible,” says Epstein. “They are judging the field—their version of the chess board—and seeing what’s going to come in the future.”

Sample many sports in childhood—don’t specialize too early. As every parent knows, elite athleticism comes at a high price in the US, with many coaches pressuring talented children to start specialized practice immediately—often to the exclusion of other sports and activities. “AAU basketball has a second graders’ national championships now,” notes Epstein. “This is like kids who are over-hand heaving a ball at a 10-foot rim. They’ve convinced parents it’s like an important part of the scouting pipeline and their kids will get behind if they don’t go.”

Epstein argues that this push towards specialization—which he attributes to the popularization of the 10,000 hours rule—has been a “disaster.”

“There’s now a pretty strong body of evidence that we’ve over-specialized kids too early, and it actually makes them worse athletes,” he says. What Epstein is getting at is that there seems to be a critical “sampling period” before puberty, during which many eventual professional athletes play a variety of sports. Hyper-specialization makes it harder for kids to find the sport that is best suited to their biology. As an example for parents to follow, Epstein points to two-time NBA most valuable player Steve Nash, who didn’t start playing basketball until he was 12 or 13.

Grow up in a small town. The trend towards hyper-specialization might even explain why professional athletes come disproportionately from small towns, far away from elite training programs, instead of from major metropolises. If you’re from a city with a population of more than 5 million people, you’re actually less likely than the average Joe to make it to the NBA. If you come from a town of 50,000 to 99,000 people, your chances are 11 times greater than average of making it to the NFL or the NBA. These towns “are vastly over-represented for producing elite athletes,” says Epstein, “because they’re big enough to have a team, and small enough to avoid all of the hyper-specialization that the 10,000 hours has caused.”

Take a scientist’s approach to your own training. Ultimately, as scientists learn more about the biology of athletic prowess and the skills we need to excel at specific activities, what’s becoming clear is that training needs to be more individualized. Given the highly variable nature of our genes, what can you do to make sure that you’re using those training hours most effectively? Think like a scientist: test and retest your assumptions constantly.

“In studies of kids who go on to become elite, whether it’s in chess, sports or music,” says Epstein, “they tend to more often exhibit that self-regulatory behavior where they’re almost taking a scientist’s view of themselves…and continually evaluating and evaluating. And they better figure out what works for them.”