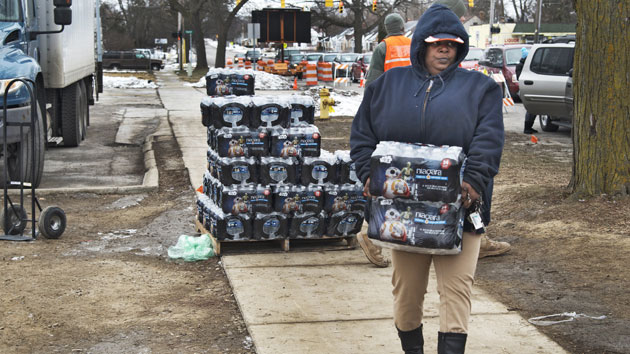 By now, we’ve all read plenty about Flint’s lead contamination nightmare—and perhaps perused follow-up reporting about the numerous American cities with even higher levels of lead poisoning, thanks to the persistence of lead paint in old buildings. And while much has been written about the likely long-term consequences for the children, we’ve heard relatively little about lead’s terrifying effects on grown-ups.

There isn’t any known “safe” level of maternal lead exposure, since lead can move from mother to fetus.

The research is somewhat fragmented. The majority of the science on neurotoxicity has been conducted in children because their growing brains are more vulnerable than those of adults. Most of the existing adult science looks at other health issues and tends to focus on long-term effects of low-level exposure to lead in the workplace. We know the effects become more profound as your blood-lead concentration increases, but in Flint, relatively few adults were ever tested for exposure, says Michael Kosnett, a professor of pharmacology and toxicology at the University of Colorado School of Medicine.

Here’s what we do know, though: Even low-level exposure can harm your heart, brain, kidneys, and reproductive system. Concentrations of less than 5 micrograms of lead per deciliter of blood—a level the Centers for Disease Control and Prevention considers toxic and at which it recommends public health intervention—can weaken adult kidney function and increase the risk of kidney disease, according to the Department of Health and Human Services. There are also hints that this level of exposure in adults may contribute to seizures, hearing loss, impairment of cognitive functions (including memory), and the development of Lou Gehrig’s disease (ALS). Scientists are now looking into whether it might exacerbate cognitive diseases such as Alzheimer’s and dementia. “That’s an area of active research interest,” Kosnett says. 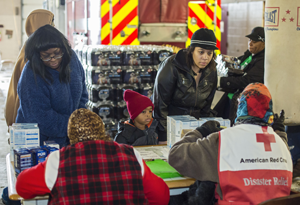 There’s plenty of historical anecdotal evidence about brain toxicity from acute exposure to lead in adults. In a chapter about lead in his engrossing 2003 book, A Short History of Nearly Everything, the best-selling author Bill Bryson wrote, “In its most acute form [lead poisoning] produces abrupt and terrifying hallucinations, disturbing to victims and onlookers alike, which generally then give way to coma and death.” Indeed, a spokesperson for one lead producer claimed company workers thus affected “‘probably went insane because they worked too hard,'” Bryson wrote. “At least 15 workers died in the early days of production of leaded gasoline and untold numbers of others became ill, often violently.”

The lead industry did its best to downplay or cover up such incidents. Over the years, lead manufacturers waged damaging smear campaigns against public-health researchers who had the temerity to suggest that lead was harmful. “At times,” Bryson wrote, “suppressing the news became impossible, most notably in 1924 when in a matter of days five production workers died and 35 more were turned into permanent staggering wrecks at a single ill-ventilated facility.” 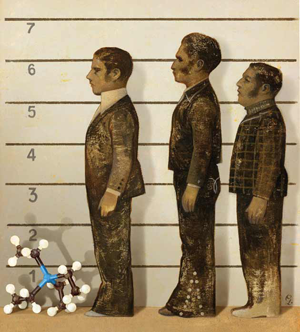 Does lead exposure predispose kids to crime? In this fascinating piece, Kevin Drum lays out the scientific evidence.

But back to the science on lower-level exposure. Recent work on pregnant women by Felicia Rabito, a professor of epidemiology at the Tulane University School of Public Health, associated blood concentrations of less than 1 microgram per deciliter with small decreases in birth weight and with premature birth. For an unborn child, there isn’t any known “safe” level of maternal lead exposure, Rabito says. Lead can move from mother to fetus through the umbilical cord, and through breastfeeding after birth. How much lead gets transferred is still a matter of dispute. And because lead is so ubiquitous in old homes and the soil around them, doctors recommend that mothers breastfeed unless they have been diagnosed with severe lead poisoning.

Scientists have associated somewhat higher blood lead levels—5 to 10 micrograms per deciliter—with high blood pressure and an increased risk of death from cardiovascular disease. That’s because our bodies seem to confuse lead with calcium, which plays a vital role in muscle contraction. This mix-up causes tiny muscles around our blood vessels to contract more forcefully than they normally would have, thereby increasing the blood pressure. “Think if you had a hose,” Kosnett says, “and you had the same amount of water running through the hose, and then if you made the hose smaller, the pressure [inside] would go up.”

Black Americans already experience higher rates of cardiovascular health problems than other groups, often due to poor diet, so lead may compound an existing problem in majority-black cities like Flint, 41 percent of whose residents live below the federal poverty threshold.

There’s also evidence these higher lead lead levels contribute to miscarriages, Kosnett says. (At a fundraiser for Flint victims last Sunday, two women spoke about having miscarriages, which they attributed to the city’s toxic water.) About 90 percent of the lead that makes its way into our blood is ultimately stored in the bones rather than excreted, and that may put women at greater long-term risk. That’s because pregnancy, menopause, and osteoporosis, which largely affects women, all cause bone demineralization, which can release sequestered lead back into the blood.

While some studies have associated elevated blood-lead levels with muscle aches and arthritis-like symptoms such as joint pain, there is no research specifically looking at the relationship between lead and arthritis in adults, Kosnett says.

Flint has 72,000 adult residents, but only 3,674 adult lead tests have been conducted in the city since last October, according to the Detroit Free Press. Of those tests, 44 showed blood levels greater than 5 micrograms per deciliter, and 11 showed levels three times that. As recently as February, one resident tested at a whopping 27 mcg/dl. Still, because the exposure was relatively short-term, the adults have less to worry about, Kosnett told me. Not only are their brains developed, but there are differences in body chemistry between kids and adults. “If a kid eats a lead paint chip and you eat a lead paint chip,” Rabito says, “adults are not going to absorb as much as a kid.”

Both researchers stress that widespread testing (and presumably tracking) would be the only realistic way to show the health effects of the water contamination on Flint’s adults. And that’s where things get more tricky. Lead only persists in the blood for about 90 days after exposure, but most Flint residents stopped drinking their tap water in October 2015. In other words, we may never know the extent of the damage.