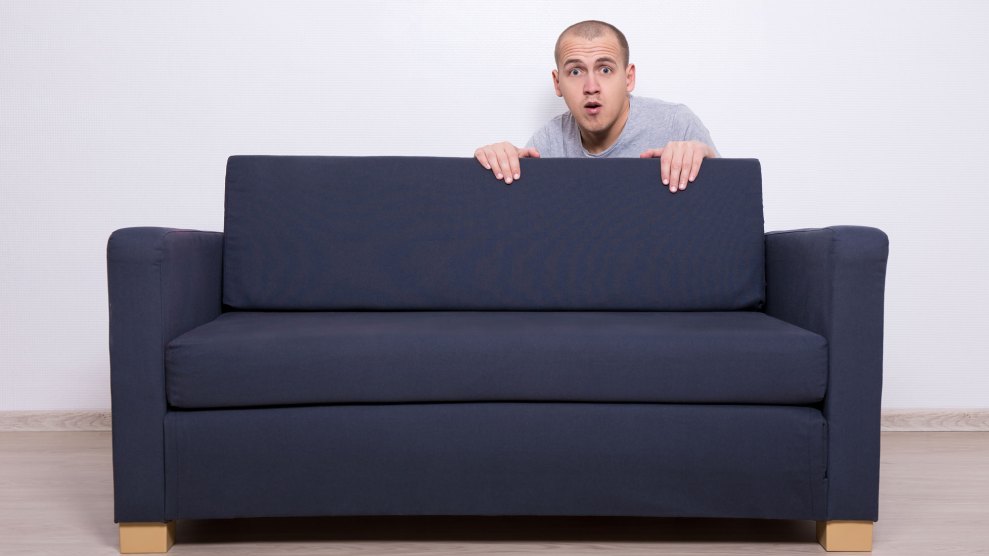 If you haven’t shopped for a new couch in a few years, that old sofa may be harboring cancer-causing toxins, and kids are especially vulnerable.

Much less furniture is made with flame-retardant chemicals these days, thanks to changes in law and recent changes in how furniture is made. But that old furniture still needs replacing—some estimates show 85 percent of US couches bought between 1984 and 2010 contain possibly harmful chemicals.

A new study underscores how dangerous it may be to let those old sofas lounge around.

The Environmental Working Group looked at the levels of potentially harmful chemicals that were in the bodies of mothers and children in California, a state that until recently had rules that essentially required the use of flame-retardants in most upholstered furniture. Researchers compared the California results with those from a similar study of people who live in New Jersey, which didn’t have that regulation.

They found that among children in the California study, exposure to TDCIPP, a likely carcinogen, was more than double that of New Jersey subjects. California mothers were also found to have a higher level of the chemical in their bodies. Additionally, all California subjects had traces of TCIPP, a similar chemical to TDCIPP that has been found to cause nerve cell damage.

But since California changed its rules and essentially allowed companies stop using these chemicals, why would kids out West have higher amounts of them?

“We’re guessing that most people didn’t get rid of their couch immediately after the regulation was revised,” said Johanna Congleton, one of the study’s authors. “Most, if not all, households will still have furniture and other items not covered by the regulation in their house that contains fire-retardant chemicals.”

The chemicals, which are used to treat the inner cushions of upholstered furniture, accumulate in dust in the home that people then inhale, researchers say. Young children often have higher levels of the chemicals because they have more contact with the floor.

California passed the first and only rules on making foam in upholstered furniture more fireproof in the 1970s. Since manufacturers didn’t want to make two versions of the same furniture, one for California and one for everywhere else, they just adopted the standard for all their products. Now, decades later and with better research into the potential dangers of flame-retardants, manufacturers and consumers are ready for a change.

Before the change, inner cushions were treated with flame-retardants. Now, only the fabric around the cushions must be fire-resistant, explained Arlene Blum, executive director of Green Science Policy. Because the fabric used to line the couch is typically fireproof without added chemicals, the new policy is actually better at preventing fires than the old rules were.

If you don’t want to replace your whole living room, Blum encourages people to swap out the foam stuffing of their furniture. Families with young children or those who are considering getting pregnant may want to make getting new furniture a priority, she said.